Many of you are familiar with Peakmonsters, we, as Splinterlands players, traders, and investors, utilize it on a near daily basis, and if you aren't: You're missing out.

Peakmonsters is a third party market that is far more powerful and essential than the Splinterlands main-market. This isn't an opinion, it's a fact: You're given powerful tools: Bidding, Auto-Rentals, Buy/Sell Orders, and so much more which allow you to utilize this market in a way that the Splinterlands main market simply isn't capable of.

That's value enough, but, if you're like me, it can be hard to keep track of all of the things going on in the Hive Blockchain space, and sometimes you can miss some crucial information.

If you know me, you know I love talking about these types of things: I want to get as many of the little guys as possible to see this, read this, and learn about this as a way to enrich their Splinterlands experience: Here's a chance for 'free' currency if you're already spending on Splinterlands related Assets anyways!

The recent announcement details important, HUGE information for Peakmonsters uses: The creation of a PKM asset, which will have use-cases ranging from:

These all can be read about in the White Paper

How do I earn these Tokens?

There are four primary ways:

Also a future plan mentioned in the WhitePaper: Peaked will begin to reward PKM as a tipping token at some point in the future as well!

Did somebody say Airdrop?

Then, on March 23rd you will receive an airdrop based on your Peakmonsters Level and Yearly Volume. This will be an initial lump sum based on your Yearly Rolling Amount and your Tier. After this, starting March 30th there will be smaller, weekly airdrops for your market transactions in Peakmonsters on a weekly basis.

You can find this information here, just replace "@yourname" with your SPL Username! Look guys you know I'm a little fish, I don't know what level you were expecting me to be: I definitely should be higher though, I've been utilizing MonsterMarket a lot; oops.

But how do I qualify? What counts?

Your purchases, sales, and market transactions count from the last Year, up until March 23rd.

Your rental transactions do not count for this. They cannot be tracked very well currently, and are not included in the rolling amount. This is specifically for Purchases and Sales through the Peakmonsters site.

Do I recommend this token?

This is a token that will potentially have many use-cases: As loyalty bonuses for PKM customers, as a dividend token for PKM itself, as a Liquidity provider, as a way to access exclusive tournaments from PKM and PKM Affiliates.

If you're involved in SPL, you should be involved in this airdrop and this token. It blurs the line between a dividend token, a staking token, and a currency, and makes for a highly versatile token that many different types of SPL Players, investors, and traders can utilize to be even further rewarded.

From a printing standpoint: Potentially lasting 100 Years at current market rates IS a small issue, but if you believe at all in the Splinterlands team and the game, that should not be much of a deterrant with the recent partnerships, growth, and re-establishing a stronger support than SPL previously had on its previous market dilution (aka expansion). A 10x increase in the market is not that unrealistic if we have even a single growth period similar to the previous year.

Some Ideas from me about Use-Case

I'd like PKM to be a token that can be utilized either in a special Peakmonsters shop, where it would be partially burned, or in the ability to purchase SPL Assets with a PKM:DEC Conversion, similar to how Credits already works. I think a burn/PKM sink will be a good way for the community to adjust to major changes in the market and help stabilize the token going forward.

If YOU have some ideas for them, you can use this link to leave them feedback on their site, or their new token and possible ideas!

Thanks guys, I haven't had a chance to do one of these posts recently, as I've been late to the table lately on a lot of important developments in the space, but it has always been my goal to write content like this, which will point you in the direction of the stuff you should be reading/learning about, even as a newcomer, and even especially as a newcomer to the Hive space.

If you like what I do, including writing a ton about Splinterlands, and doing Giveaways to promote many different Hive Games, please consider upvoting or following to get nearly daily content and giveaways! I'll try not to disappoint.

What has you most excited about this Airdrop? Let me know in the comments! How much do you expect it to be worth?

I didn't know about this news. I've been using Peakmonsters for a long time and really like the idea of the PKM token.
Thanks for the useful information
!BEER
!PGM
!1UP

Of course! I was initially skeptical of making a post, but this is exactly why I decided to do so: So that more people can see these sorts of fairly important things in a timely fashion!

It may only be a little bit of help circulating the news, but every little bit helps and I'm glad I was able to help you find it!

I don't have beer yet so here's some lolz and pizza :D
!LOLZ !PIZZA

lolztoken.com
To the person who stole my copy of Microsoft Office
I will find you. You have my word.
Credit: lofone
@libertycrypto27, I sent you an $LOLZ on behalf of @jakkal
Use the !LOL or !LOLZ command to share a joke and an $LOLZ. (1/2)
0
0
0.000
Reply

Hey @jakkal, here is a little bit of BEER from @libertycrypto27 for you. Enjoy it!

Do I RECOMMEND this token? Gee. I don't know.

Wow awesome blog writing style. I also play this @Splinterlands game. It is a very popular game. I like to play it. @Jakkal Special Thank you for mentioning a nice card. 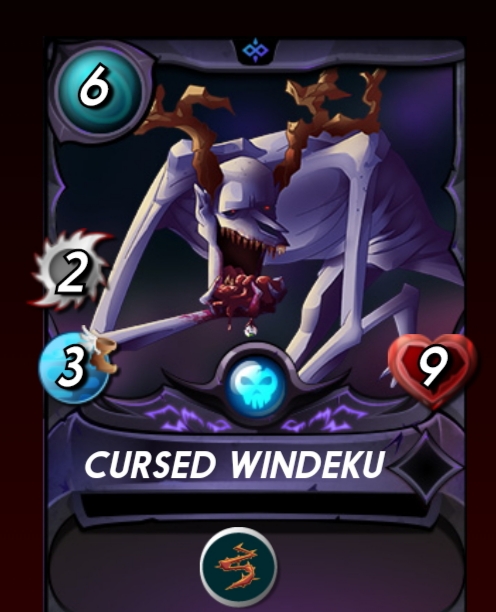 what a great post, I saw it in @cclove71 curation report it was still not clear to me how the airdrop would work, so far I have a volume of 40 usd and I plan to buy cards, I was currently using the monstermarket but I think it's good option to increase the volume before March 23, thanks for sharing details