@janusface 69
about 2 months ago
splinterlands

I result I am pretty happy about. 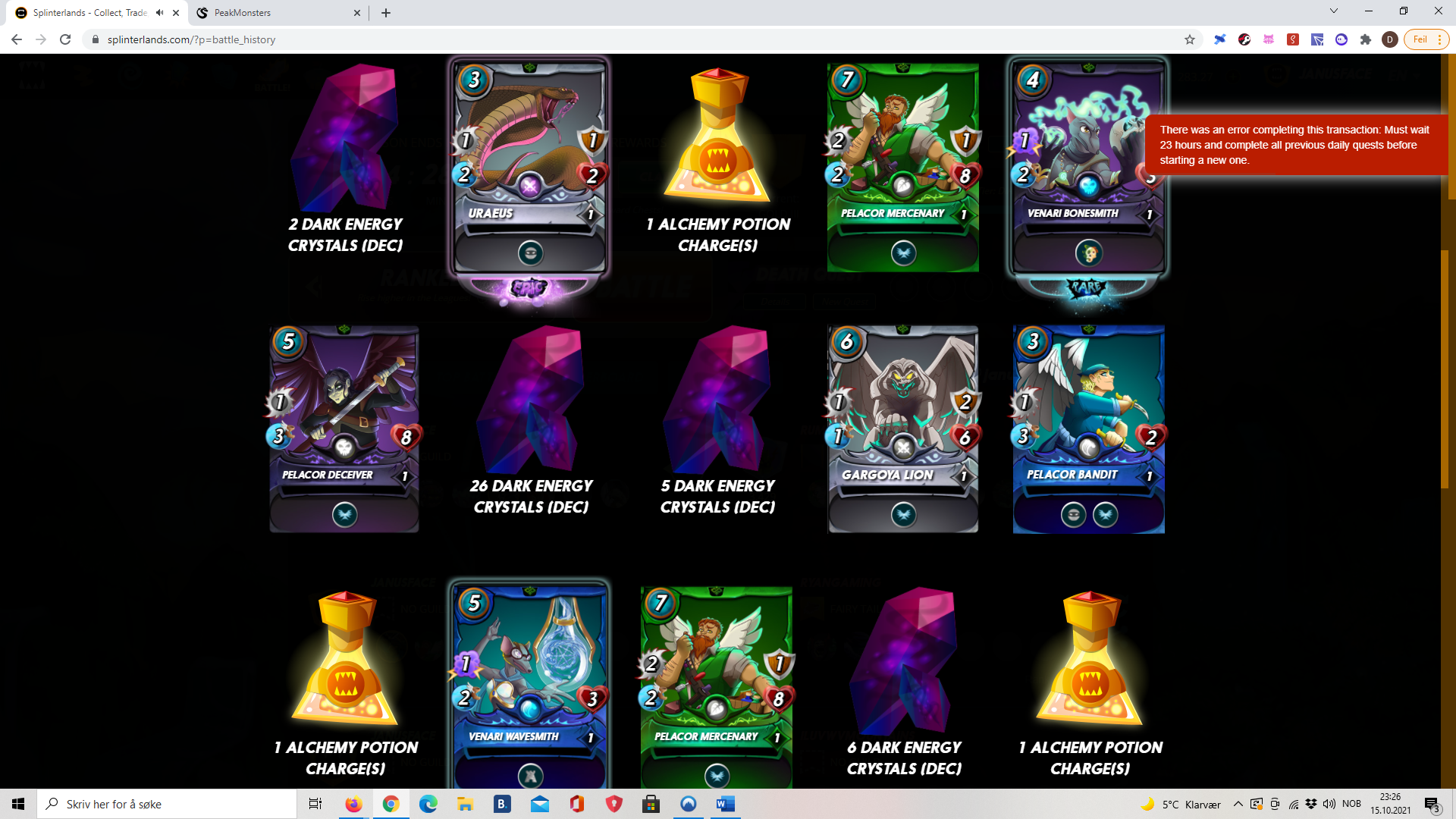 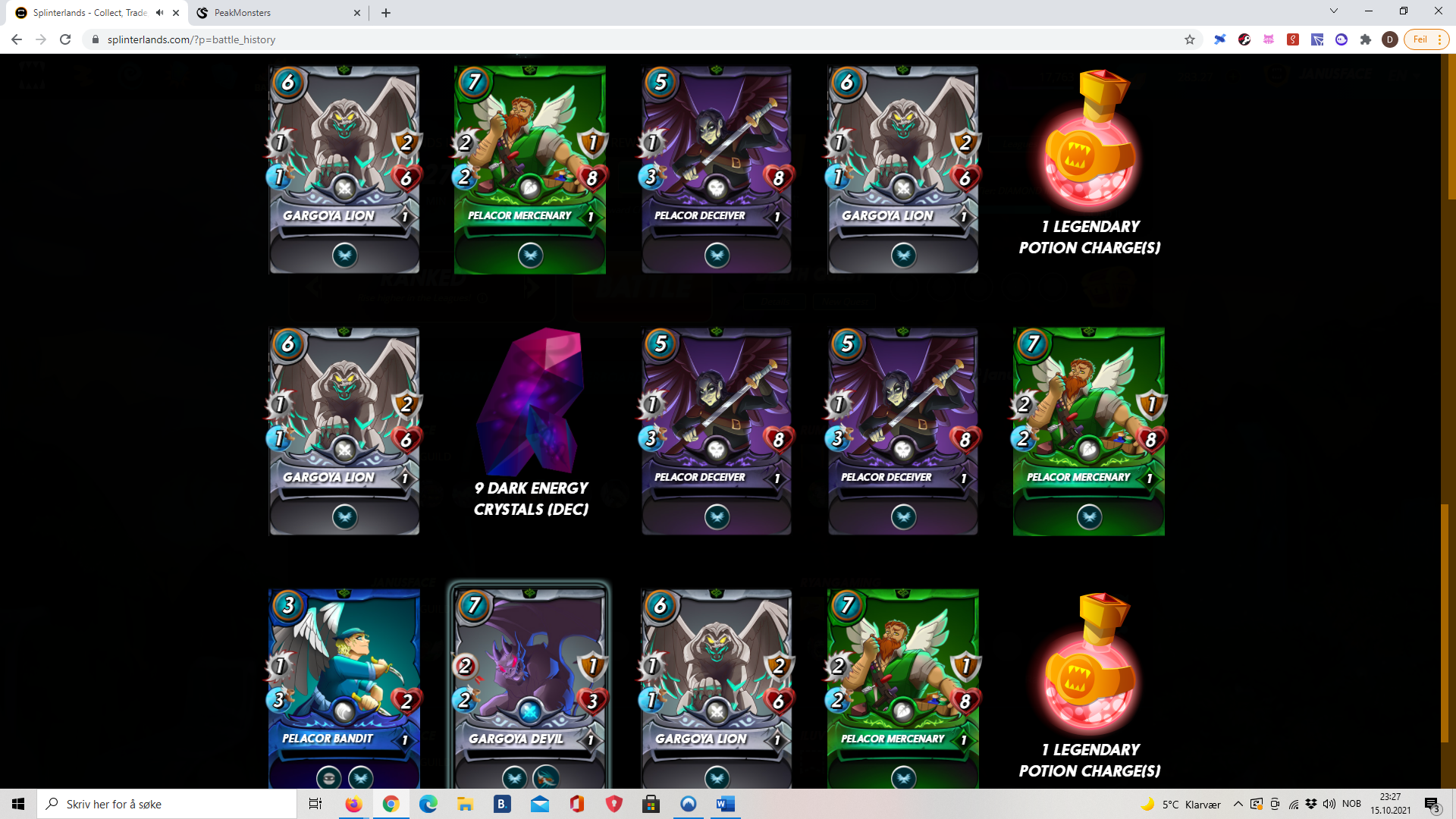 This Harklaw guy seems pretty hardcore and is a new card for me.
Ureaus seems like a very strong powered sneak, which could be ultra valuable in the sneak rule set.
I think I am going to max it soon.

My new favorite cards are

This is basically a flying shark. I have maxed it, and it is huge positive contributor for my water deck.

Pelacor Mercenary is perhaps my all time favorite. It get a lot of abilities in the higher leagues.
Strong card!

These two cards are perhaps my favorites because I sold all my SPL card March 2020, and Pelacor Bandit is a better Sabre Shark and Pelacor Bandit is perhaps an even better Flesh Golem. I did not that because I wanted to have a more narrow focus on my daytime job (more on that in a later post) and SPL was and is a time stealer because of the game mechanics. Also, there were not efficient renting system back then. I have always been ultra bullish in the game. I regret selling, mostly because I was not following my instinct. I also think that the current SPS reward should have given more point to early card holders and buyers of alpha and beta packs. You get a lot of point and value for not opened packs.
The incentive is then to not open packs. If no one opened packs, there would be no games.

The earliest contributor should have been rewarded more.
I have bought into the game again, at good prices, though. I also went heavily into SPS at low prices, so I am in a pretty good spot after all, even though it could have been 10X better. My learning is that I need to follow my intuition more.
I am very reflected, early and often right. This is a fact I need to acknowledge more.

I am proud of development of the game. I am waiting eagerly for all the vouchers on Monday. CL will drop a lot of card. There is always a risk that the game is not strong enough for all the free float. If we are entering a bear marked also, this is perhaps not that ideal. We will see.

I try to curate on the spliterlands-tag, so it will become very valuable. I am also learning Spanish now, so could to see spanish post. ¿Quizás también escribo publicaciones en español?

If you are still a SPL laggards, it is still early games and 99.999 of gamers have not heard of it.
You can follow my link and start playing: https://splinterlands.com?ref=janusface

@spartano 51
about 2 months ago