So interested to see how it goes with the trade fees... have you thought about letting the LP pool creator decide which system to use (this new one or the previous one)? Or are you forcing all pools to the new system?
As a large Liquidity provider myself I'm very intrigued of course but I also do use the system to do trades so both options are interesting. Seems like there was however an interesting marketing potential to not be the same fee as all the other LP exchanges. Aka .20% seems like an option.

As for the deposit fees:
I would have said something lower than .75% maybe .5% coming in... you need more liqudity IN the ecosystem and there are 3 competitors all doing .25% anyway but they run out of liquidity pretty often (or at least when i look) but it's hard to get used to .25% then be willing to jump to .75% ... Go for the big play... push for huge amounts of money and tons of users via the lower fees. Unless of course you're looking for measured growth and not the problems that come along with bigger viral growth.

@megalithic 52
about 1 year ago

I think if it were 'optional' or a setting that pool creator could modify, then we run into a problem with "owner is MIA" or potential hijacking scenario where someone makes a pool between 2 popular tokens and messes with the settings into something not ideal for anyone. It would also create a contrast that made any pool with fees look like some type of negative thing you're supposed to avoid through circumventing around between the pools that turned it off.. and whatever charity it offers to the people swapping is coming from the opportunity cost of the liquidity providers, in a way. For those reason I think the universal fee is better, even though I personally love to have more options available.

Makes sense... However I keep hoping that if there is a will to make it work there will be a way.

i think if peakd used these pools for swap.BTC and put 1 satoshi swap.BTC tips as some sort of meta layer over hive posts, with your existing built in tip system, we could have all sorts of cool ways to show off hive mechanics and have tip reward pools, all in swap.BTC or hive engine tokens, show the pool liquidity in optional peakd widgets, and yeah i think peakd could have all sort of really cool hive engine and swap.BTC dynamics and fun.. tips and one button access to the pools to swap the hive for swap.hive and swap.btc ... make that a one button experience or something ... next to the tip button i dunno, it could be col to see comments on every pool and posts woith time stamps on the liquidity charts etc .. all on the hive posts ... in the comments maybe bots can have live feeds or screenshots or FLASH players lol

maybe peakd can allow some sort of flash based games or something like that inside peakd front end, and use hive engine tokens lol, like mini games in the comments, with swap.BTC and hive engine pools, really given justice in the front end ... and peakd could make a cool hive engine swap front end page i think ... yeah peakd could do all sorts of really cool friggin stuff with this pool and hive engine trades and swaps in general... thank you for all your work on Peakd!

i want a way to use scotbot style settings for staking to stake my pool deposits so i cannot even withdraw from the pool for X amount of time or even never . forcing people to have to have the token to take out the swap.hive etc .

There options already available that do 0.25% and most people moving a serious amount likely use them. There will however always be people who use the default option unknowingly.

an example of 0.25% fees for Ethereum/BSC pegs of tokens across many other chains, even eosio / dpos ones have pegs .. their PBTC for example has many millions of dollars more in volume and supply (of real btc backing) than swap.BTC .. and PBTC has their eosfinex partners from bitfinex working with the ptokens.io github: PROVABLETHINGS guys (Who DID say I CONVINCED THEM to add HIVE to their system ) 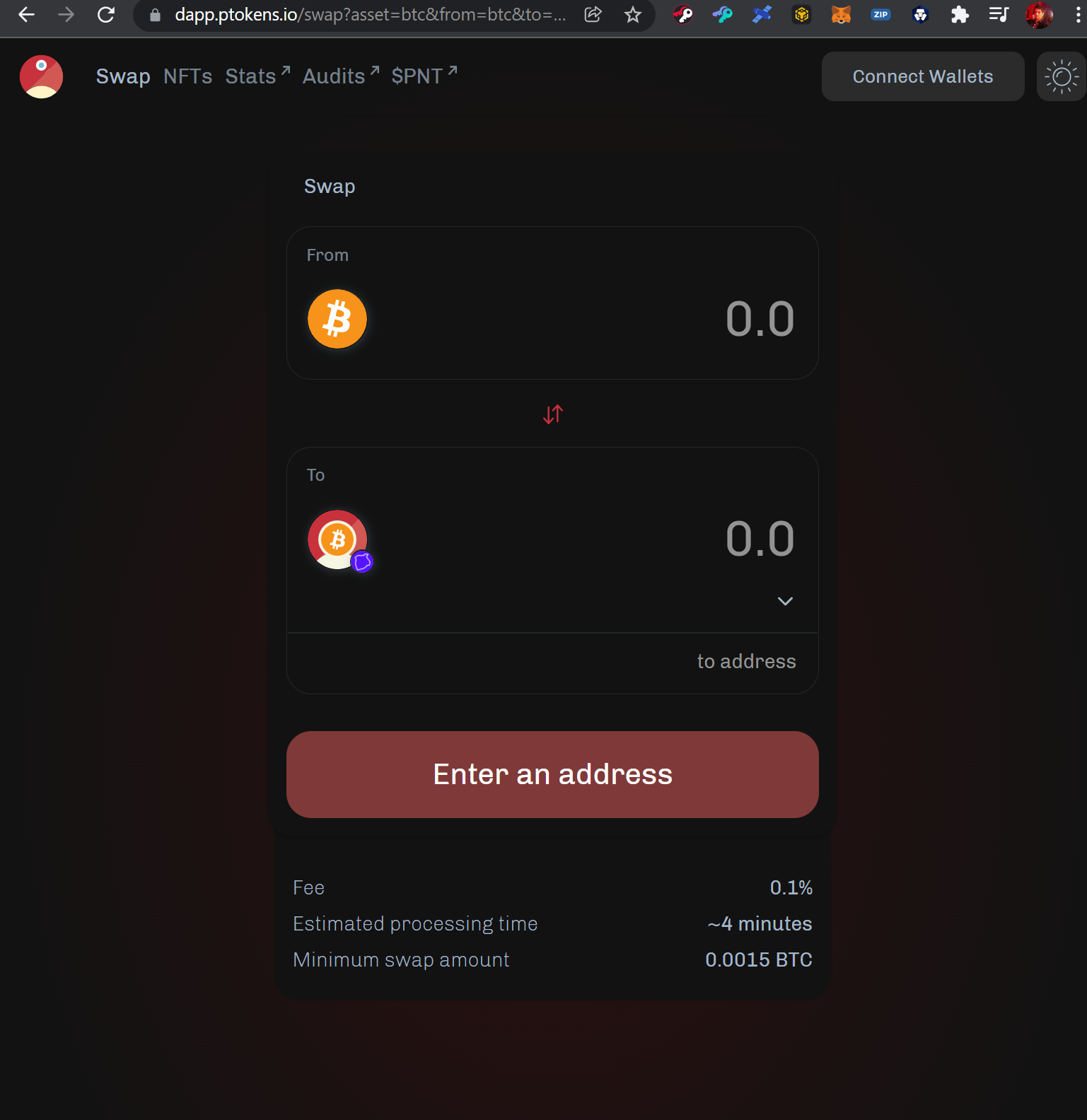 ok so today its 0.1% .. (Its exciting to imagine what a Hive, EOS or Telos chain would do with the fees made from just this swapping, while using PBTC or swap.BTC has no fees to transact on our main net eosio/dpos chains ... but the money does FLOW when people want to withdraw to the main net (WHich they hopefully wont need to do as theyll directly sell swap.BTC or PBTC for eps/telos or swap.HIVE and just keep the token in the ecosystem....

so just an example of the only OTHER big peg of Bitcoin that 8is actually used on a DPOS / EOSIO network by tens of thousands of active users, without any fees, except when they want to withdraw to actual BTC and then they pay the BTC fee + the 1% fee, which i see now can be lower ... (and we know theres always the idea of binance style tokens you hold/stake to get a cheaper withdraw fee etc )

whats cool is to imagine we take up all that Bitcoin transaction fees traffic, and sorta freeze a lot of BTC into our ecosystem, and only charge money for the GATEWAY like this like pnetworkdefi ptokens.io or @privex ... and use that model to literally fund the hivedao .. using what were going to bitcoin and ethereum transaction fees... and use communities to plug into erc20s like telos evm... man im going too fast 1000 mph again gotta slow down

When I learned about beeswap, I was ecstatic to go from paying the 1% deposit fee to 0.25%. That was huge for me. Been telling anyone I know who's moving funds into the HE to use them. 0.75%is still high imo