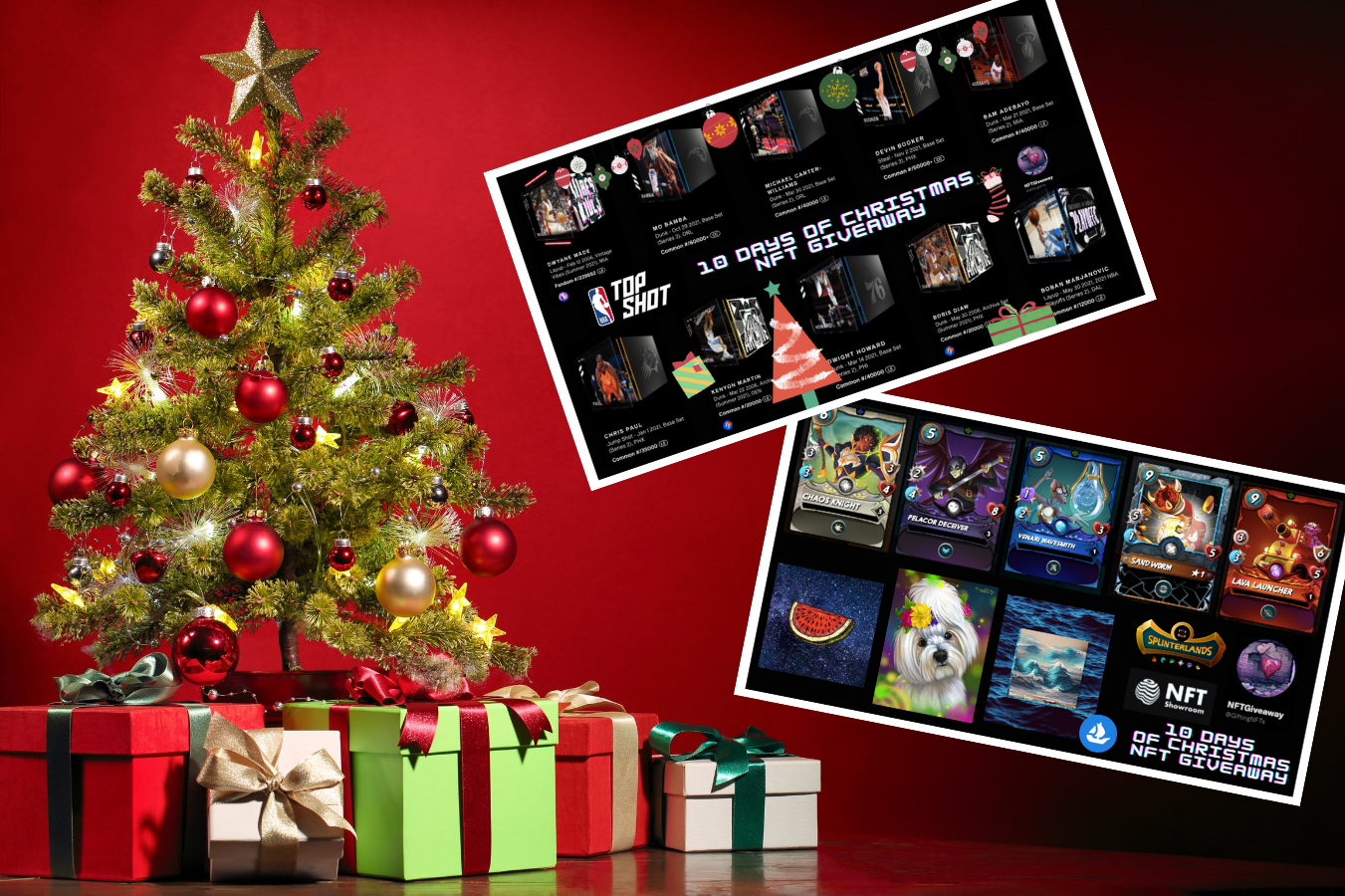 A couple of months ago I decided to do something fun. In order to give back, I made a NFT Giveaway Twitter account with the idea to give away NFTs. The idea was simple, whenever I had some NFTs to spare or just had some unexpected NFT luck, I'd give something away.

But there is also something interesting. It also works as a good way to get people interested in different NFT projects, and people outside of Hive to get a little bit more familiar with the different Hive dapps and projects.

During @hivechat this week, I did a short poll and around 70% of the people that responded (it was a Hive related post, so the results are a little skewed) said they were joining for Hive related giveaways.

There is however als a part of the group that wants NBATopShots and OpenSea NFTs as well.

10 Days of NFT Giveaways, including: 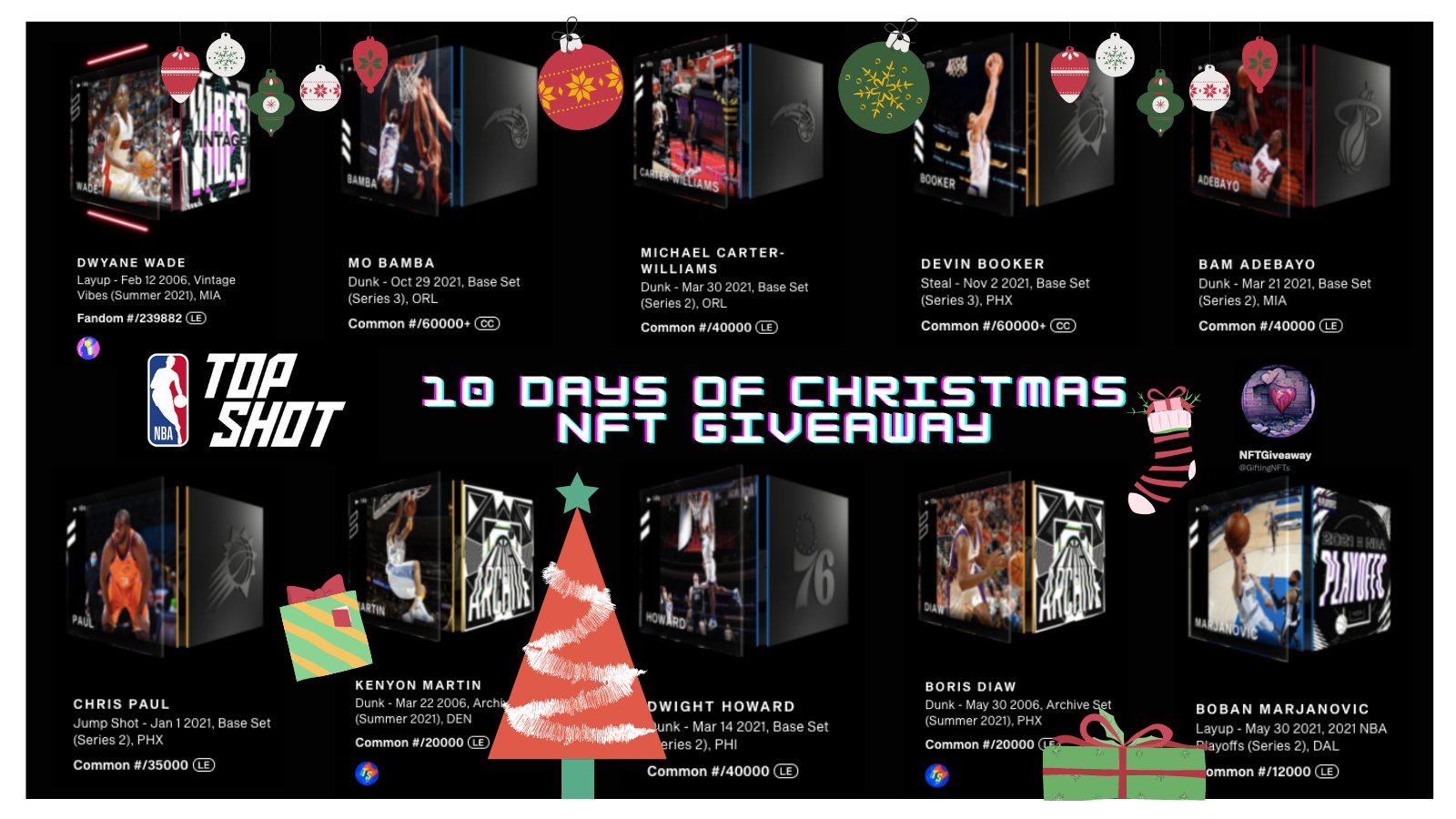 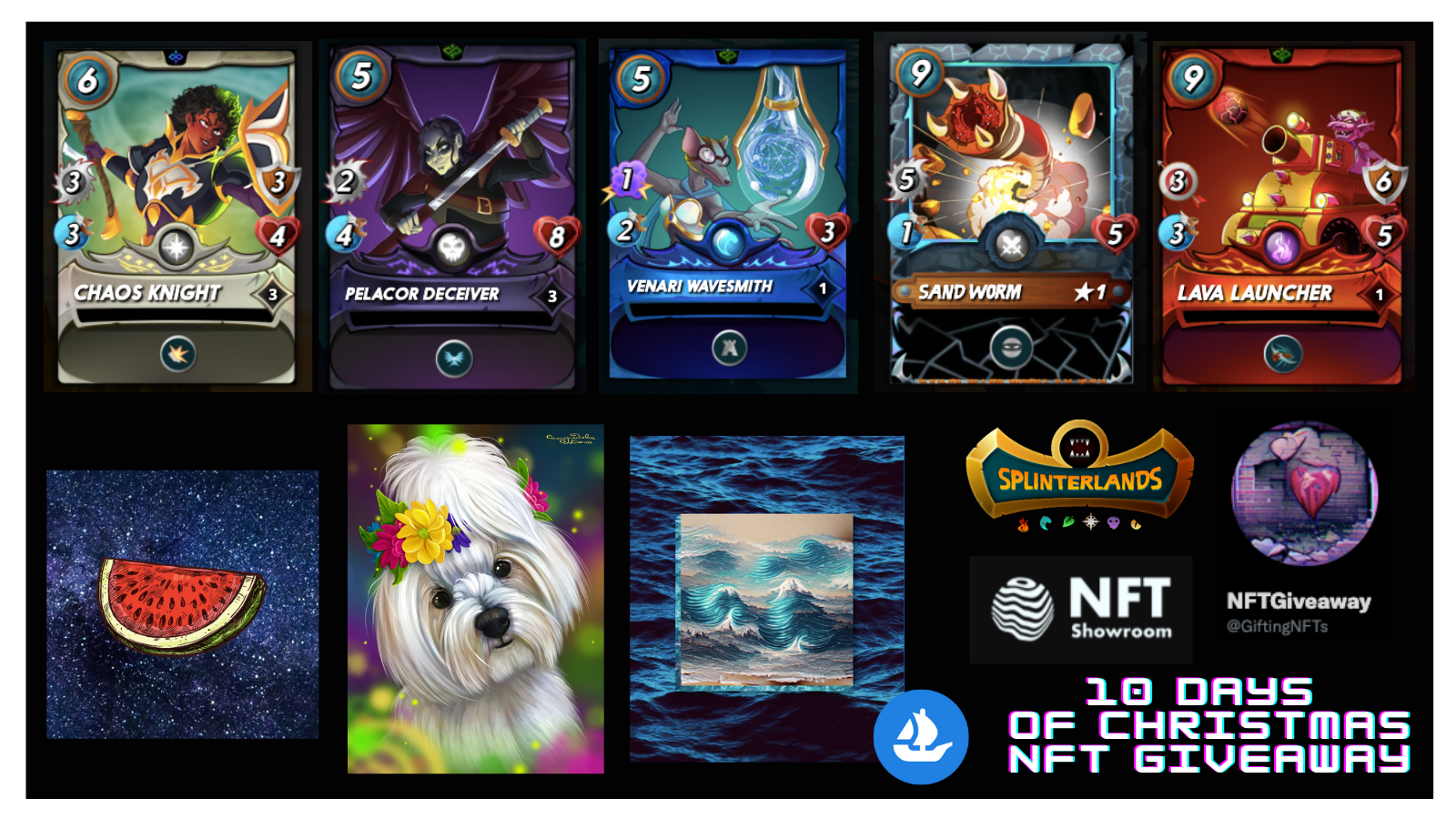 And to top it all of,

This thanks to @jensenart, who is providing 10x Promowaves as part of his PromoNFTs project to create more awareness for @defendtheseas.

How will it work

From December 16 until December 25th, I will be giving away 1x NBA Topshot Moment, 1x OpenSea PromoNFT and 1x Splinterlands card or NFT Showroom NFT.

I'll try to be consistent and upload around 8 PM UTC/GMT and announce the winner 7 PM UTC/GMT the next day.

All giveaway posts will be tweeted for this account:
https://twitter.com/GiftingNFTs

Feel free to join in. The cost for participating is a follow, RT and comment a day.

That's awesome, I can't wait to be among the winners

Cool! Thanks for doing this!

I followed you here on Hive, on your twitter (the one doing the Giveaway) and retweeted!

That's it to participate right?

Thanks and good luck to all! :)

Thanks for the follow and RT. Retweeting is indeed part of how to participate. Every day there will be an official giveaway tweet with instructions.

Day 1 is live now, you can view it here. You've already done most of the steps.

Thank you! I think now I have done everything :)

You have! Good luck!

It is really awesome. Keep up the good work moving.

that's kool. Thanks for the giveaway.
Followed, liked and retweeted your pinned tweet :-)

Awesome, thanks for sharing!
Make sure to check out the daily Tweets as well, those will be used to choose the winner. Day 1 was just Tweeted.

Sounds like fun and a nice way to spread some holiday cheer, @jeanlucsr! I will be entering right after I finish this comment.

Awesome! Thanks for joining in @lisamgentile1961.
I might surprise all the participants of the first giveaway with something small.

You're welcome, @jeanlucsr Have a great day and Merry Christmas! 🎄
!ALIVE

And hopefully a little bit of a promotion for Hive, NFTShowroom and Splinterlands as well.

That is awesome the NFT giveaway is working. I have known people to stand in line for hours for a giveaway, especially on Free Comic Book Day and the stupid thing is the comics they give away are give away comics printed by the publisher for that reason and they are not worth anything.

I think the total costs of the NFTs for this giveaway runs around $100. Might have less, but more expensive NFTs to give away next time. Also, the payout of this post will be added to the budget to buy NFTs for the next giveaway.

That is a healthy giveaway. I congratulate you on your dedication to quality and your public. You just picked up another follower 😀

Thanks for the kind words! Much appreciated :)

Winner Day 2 has been announced:

Congrats. Please send a DM to claim your prizes.

Next giveaway in 20 minutes. pic.twitter.com/5Xu2z2PlaD

Day 3 giveaway is up: