Earning 268% APR from Splinterlands - without owning a single card.

The Splinterlands eco-system has gone from strength to strength lately, with SPS performing very well and the new vouchers for Chaos Legion pre-sale another smash hit. It seems that every step the Splinterlands team and community is taking is hugely successful. 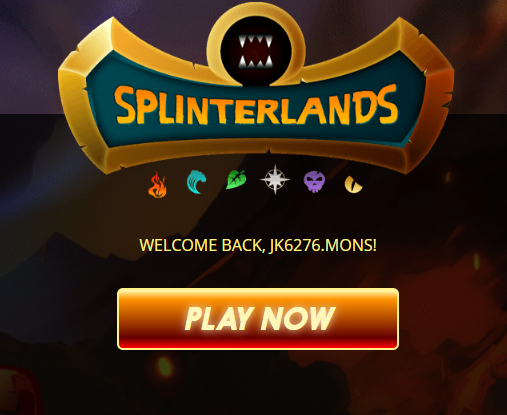 As the title of this post suggests, I don't own any cards. I wrote about my foolish move of selling my entire deck a couple months ago in this post. Since then, I've been playing a little with the starter deck, but have converted any rewards into DEC. So I don't own a card.

Aside from some Champion points (earned before I sold out) that are generating a small flow of SPS, I had little else going on in Splinterlands. However, recently I moved some funds, plus whatever DEC I had handy, into the DEC/BUSD liquidity pool on Cubfinance. So lets look at the earnings from that:

Important to note that the vouchers are only a short term incentive, 37 days total I think.

Excluding them, the return is $64.68 per week or 181% annualized. Still pretty good passive income.

The Splinterlands project has been a huge success. Despite my regret from selling out just before the boom, I have still found a way to get a foot in the door and earn a really nice return from just under 2K worth of assets. Once the dust settles from the Chaos Legion launch, I will likely shift some funds to get some pack and mons to start building a new deck. For now I'll just build some passive income to have available to buy in later, once the FOMO rush cools.

Congrats to all that have killed it with Splinterlands.

Thats interesting and I hadn't thought about doing it this way before. This could be a great alternative to just staking SPS.
Thanks for the tip!

There is so many different angles that can be played, and each has plus and minuses. Dec in the DEC/BUSD pool could suffer some serious impermanent loss if the price of DEC jumps. The SPS/BNB kingdom on Cub is another good option.

The SPS/BNB pool and kingdom are about to get a nice boost too 😀 https://pancakeswap.finance/voting/proposal/QmQT1eD1YPYRDFLuXVseb3Gf7ZZCHucPo7Uiew1HuYfypM

Might have to test this out then. I have never actually gone onto splinterlands which is odd for a person on Hive, so might have to check it out!

Yeah, it has all sorts of options if you can free some assets to put into it. The gameplay itself is just one.

how do i search for a certain person on here

If you don't know their name, there isn't really an easy way.

Use the search on peakd.com, be sure to scroll the page or you won't get all the results.

That is really really nice. I really need to start taking steps in splinterland.

It's definitely the hottest thing going on Hive at the moment, and one of the most used Dapps in the entire crypto space.

Dec in the DEC/BUSD pool could suffer some serious impermanent loss if the price of DEC jumps.

This is exactly what happened to me as I was in the pool before SPS was announced and didn't know enough about liquidity pools to get out when the price started to rise.

The dollar value in the pool has gone up but probably not enough to counteract the benefits of having that DEC produce SPS.

But hey ho. You win some, you lose some. Splinterlands has been very, very good to me.

I hope the pain of your sell off continues to reduce day by day. I'm glad that you had those champion points to start you off again. Hopefully, when you've built your deck again and HODL'D for deal life, your summer of 2021 memory will be a distant irrelavent memory. 😁

It’s difficult to get people to understand how many earning opportunities there are in the Splinterlands ecosystem…especially for those who don’t want to spend a bunch of time playing. But hey, I’m not here to convince anyone so more returns for us 🤓