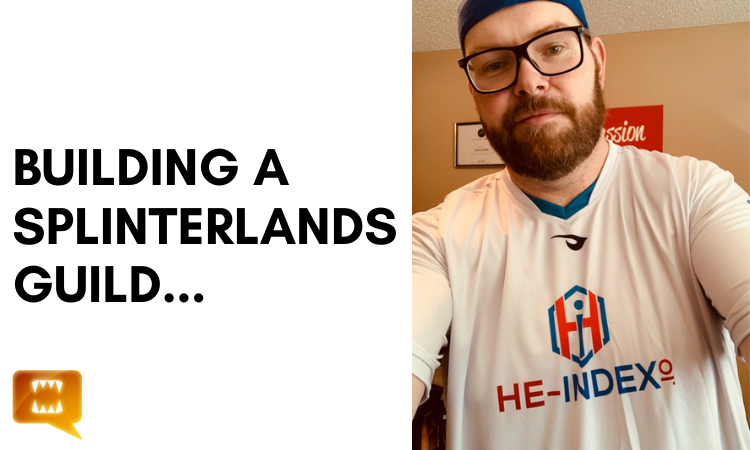 If you have been reading some of the posts we've been writing on @clicktrackprofit you'll know about our vision for Splinterlands and how we want to build an entire esports franchise for the game!

With player staking with SPS , we are crossing our fingers that we can 'stake' our SPS on multiple players. Which would essentially allow anyone to build a sponsored team for the game. Which is not only a win for the team doing the sponsorship, but also for the individual players as well.

Play to earn on another level of awesome :)

But we wanted to take it a step further....

And yes, if player staking on multiple players can be done, that's a huge win. But it's not going to stop us... 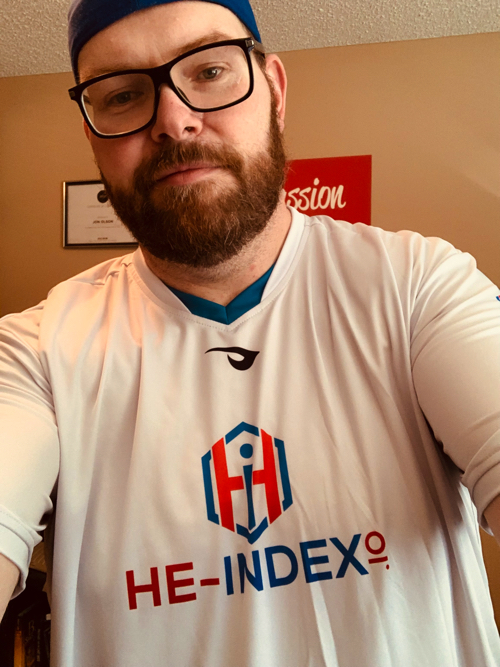 There will be jerseys!!!

Part of being a real esports squad is having....Real esports jerseys!

So as we develop the guild we will be fitting our players out with custom made jerseys for them to wear during live streams, recorded battles and Splintertalk content of course ;) 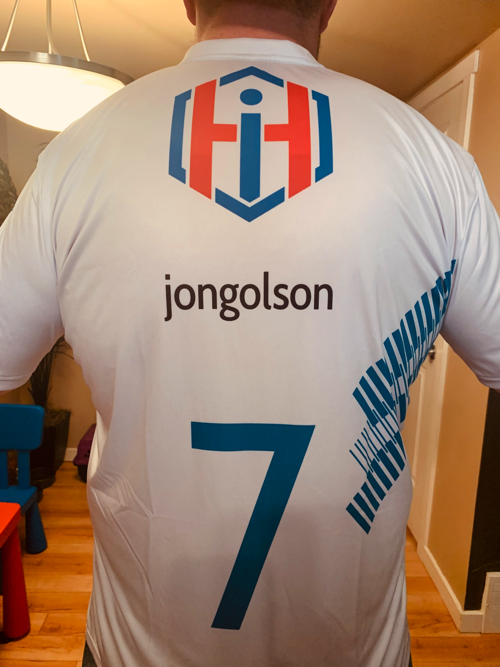 (I should have done one for 'jonnycoin' lol)

We aren't limited to the player staking though, as the @he-index token holds a number of DEC tokens. As these are owned by the Index token holders, we will present to them a concept on how we can not only fund the guild with as many buildings as we would need, but also the end goal should be clear too...

Raise massive awareness for the Index token, and as more people invest in the Index, it would end up buying more DEC...Which in turn, means more SPS for token holders to own as well!

That'll be address in an upcoming post on @clicktrackprofit hopefully later tonight or tomorrow.

But for now...The excitement for us is on another level!!!

Hey we aren't a big corporation. We're a couple of guys that love this Splinterlands stuff! And that's what makes this so exciting. We don't need to me a massive corporation to benefit from #play2earn and the entire #gamefi space!

Players, card collectors, investors...Every day people like you and I can benefit from this and we're so grateful for Splinterlands and all the opportunities it's bringing to the community!

We've already approached a few Splinterlands content creators and will continue to present our 'big vision' to others as we progress...But if you know of any streamers, or content creators that might be interested in joining the Squad...Let us know :)

Not yet on the 'Lands?

=> Be sure to join Splinterlands today!

The jerseys are awesome! I have a meet up in Vegas next year in March with people from Hive that I am thinking about going to. If I go I would totally wear a jersey to help support Index.

Yes, there are several of them planning a trip to Vegas the first weekend of March.

Ahhh nice nice! I havent been to Vegas in years. I miss that place lol

delegate me the cards haha!!

LOL That rental income is too sweet!!!

Awesome! I like the idea! My Splinterlands level is still very low, I'm in Silver II atm, but maybe I can grow my collection. I would also love to start streaming. Now I have a good PC, I have been able to record some gameplay, but I still haven't tested it in streaming.

I would love to contribute to this, maybe targeting the Hispanic market too. What could I do?

I just bought some INDEX @jonnycoin. And I also watched the video you shared in the "Jongo" account.

Let me know man. We'd love to get you onboard, especially creating content on 3speak for example!

We'll make a post on CTP tomorrow and see what the general feeling is from Index token holders. If they like the idea, we'll get the guild going later this weekend.

I'm putting my SPS on you, Jongo aka The Golden Dragon.

ha ha ha ha get ready to lose it all!!

Just gonna wait for a card called Naga Olson, name after you! haha

Are you nominating yourself to be one of the people with delegated SPS? Lol

ha ha ha ha nah nah. i'm just the Geico Gecko man. I just dance on camera and try to get people excited for these things we work on :)

You guys are thinking big, I like it. Why number 7 though ?

I imagined number 1 would be more fitting since you are the face of the team :)

ha ha ha nah we need a star player!!! I'm most definitely not that guy lol

I tell ya man, I am not into the game stuff...BUT...I came across rabona.io today. Never knew it existed after all this time. Showed it to my oldest son who is a soccer fanatic (played for DII college) and he is interested in playing with me. He is not even into crypto at all, doesn't even think crypto makes sense.

I am telling you, these are the type of things that are going to change the world, not only financially, but will bridge many gaps, bring families, people, and countries together.

Hive really pisses me off sometimes, but then out of nowhere it slaps me in the face and reminds me of why I am on this glorious redheaded bastard step-child of a blockchain chain.

Oh man, Hive is the gift that keeps on giving. And these games are going to help so many people get a taste of it!

Just the start of this stuff for sure :)

Yes, and as more creative minds come to the blockchain, things like Actifit (which I wish they would improve on) and other real-world uses will come alive.

I need help learning how to play the game and play the cards to win.