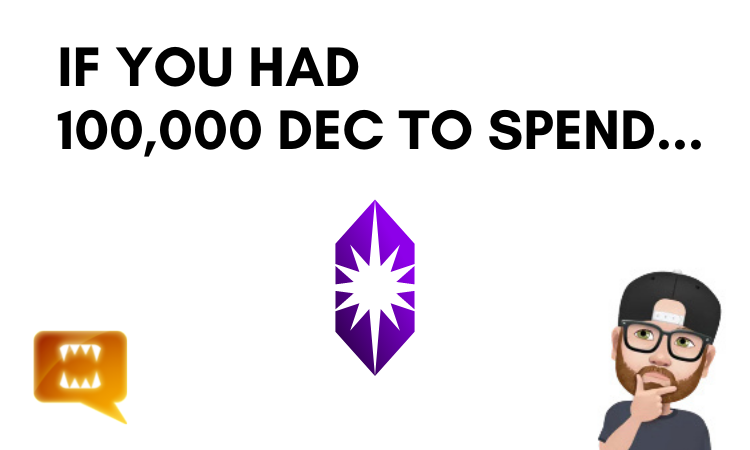 I'm thinking of pulling the trigger on some wheeling and dealing this week on Splinterlands and thought this could be a fun little post.

Let's just say, you were brand new to the game and wanted to jump start your deck....

First off, congrats. That fairy sure did hook you up :)

But then comes the tough part....

What would you spend those DEC on when it came to cards in the game? 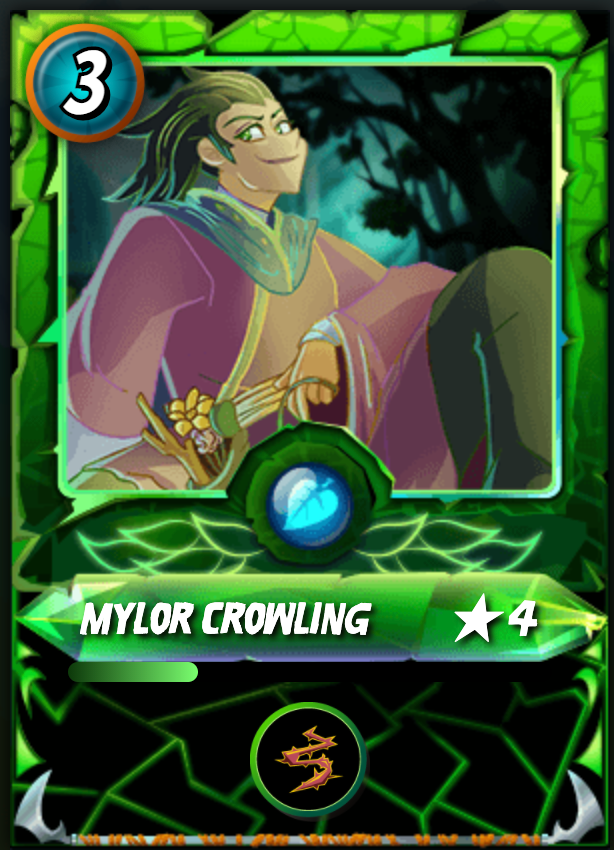 Just one of my favorite Summoners in the game. And while not as expensive as Llama, he's still 55 bucks on the market or roughly 10,000 DEC.

Those thorns are awesome!!

This is what I would build my deck around.... 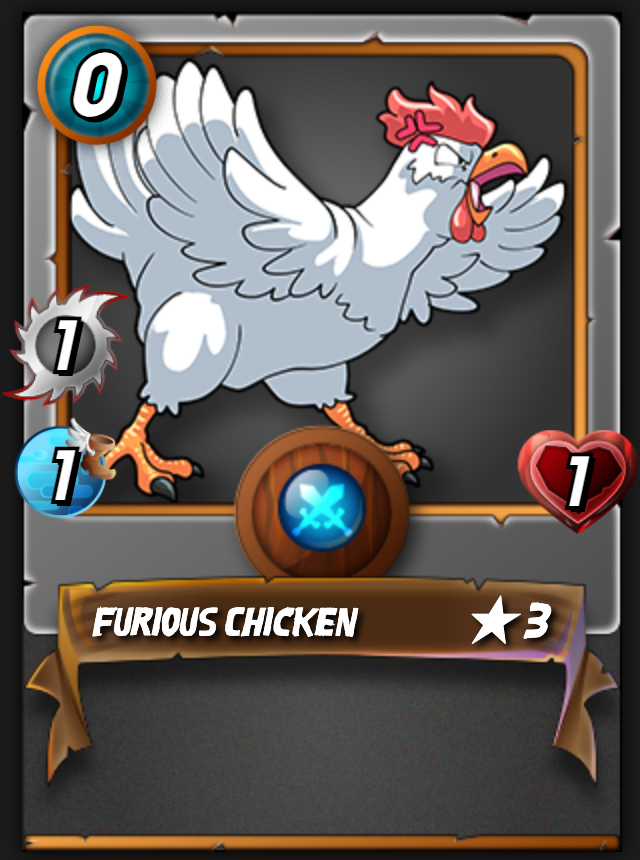 I'd get 5 of these bad boys to get him to Level 3. That gives me at least a 1 Melee....And helps me secure a spot each game for zero mana. 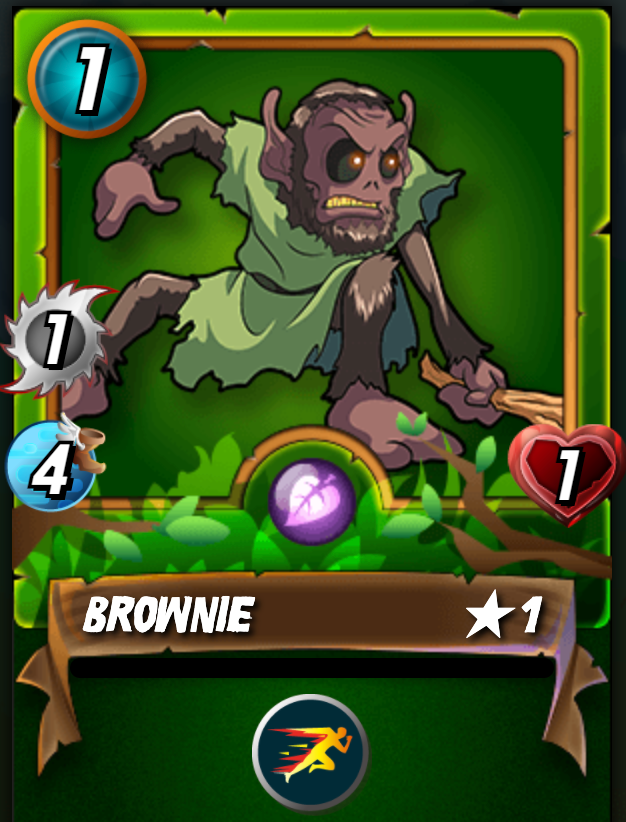 A great little card for the Earth splinter. And he's only 1 mana to get him into a match!

The added speed he gives your squad is so important. 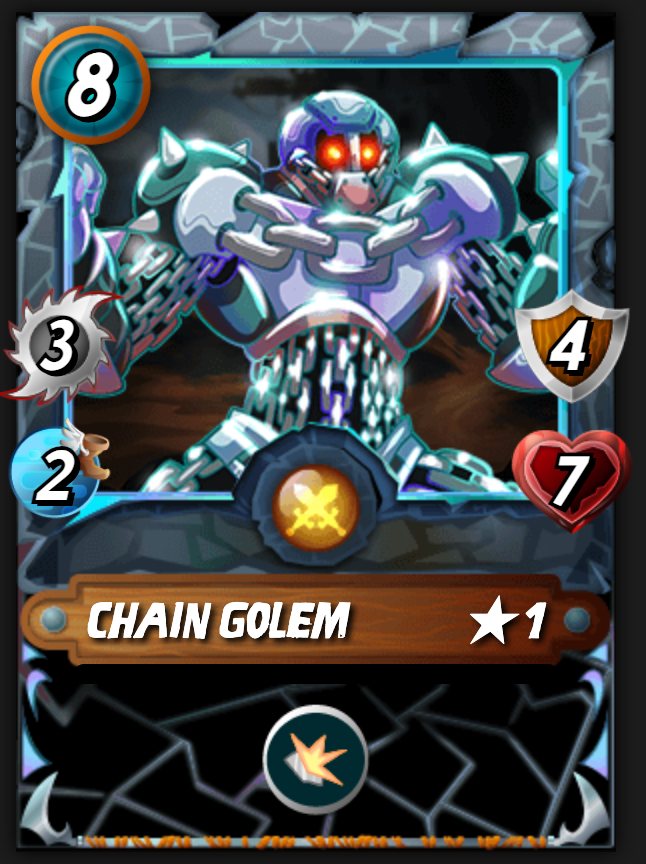 This is the most expensive card I'd pick, but I love me some Chain Golem!

I use this guy in almost every battle for my tank and so far, I've only smashed my keyboard in disgust 59 times this week...

Nah seriously, this Legendary is a beast! 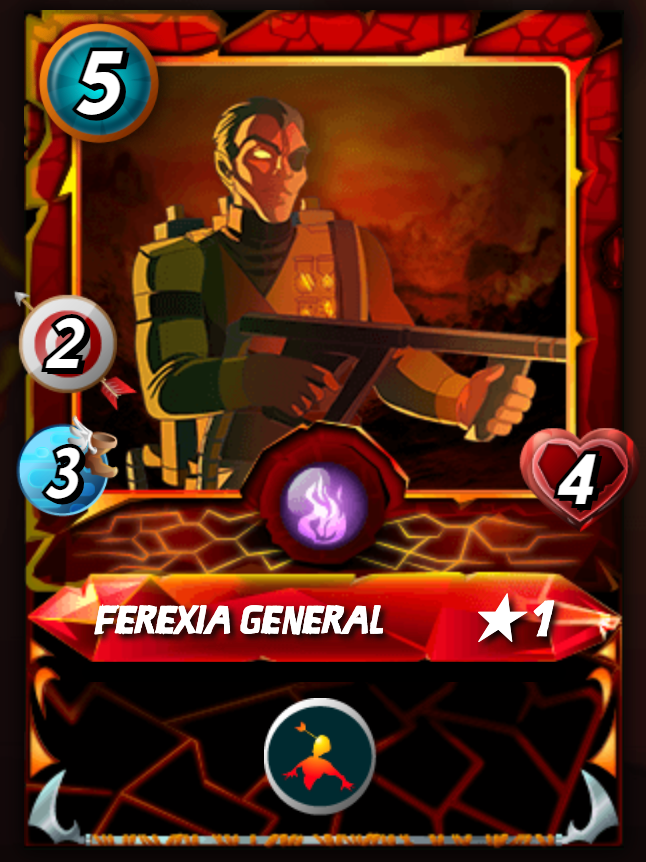 Going away from the Earth and Neutral monsters for a second...

Ferexia is one of my favorite cards to play with Yodin. Yeah Yodin is in another ball park, but this guy if you ever get a Yodin is awesome to play with him. 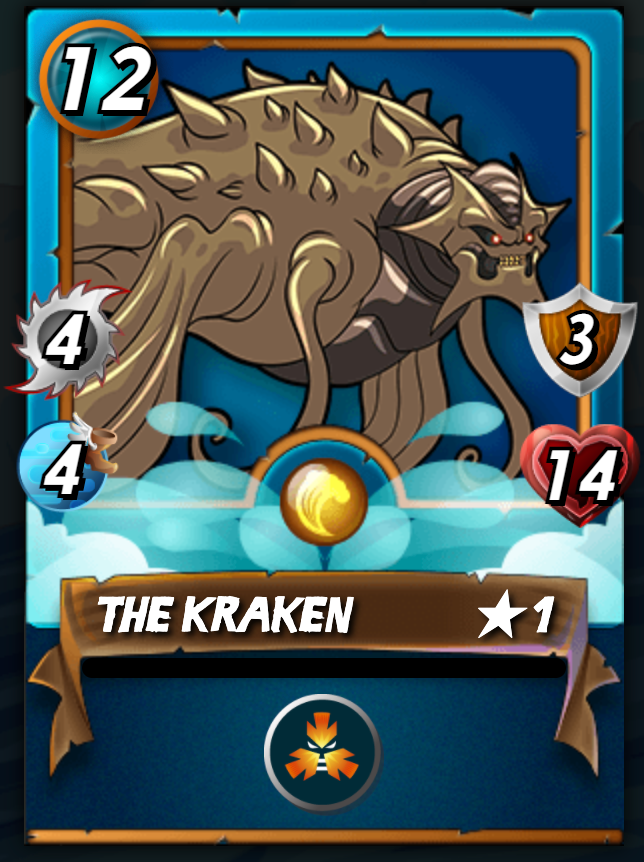 This guy is on special!!!

But I LOVE this card!

We're right around 100,000 worth of DEC for the purchases but make no mistake...These aren't line ups for specific splinters or anything...Just some cards that I absolutely love!!!

Sure, I'd throw Epona, Kitty, Yodin, Llama and Kron in here...But that's if we win the lottery lol

Since I know I'll be playing the game for years I'd most likely convert that chicken into a golden chicken just so if I do win that means 10% bonus DEC from the win. Over time that can really add up.

Like your kraken I might go Oaken Behmoth. While they are non effective in low battles they pack an almost insta win fully leveled on a high mana battle. Depending on the cost between them would depend on what one I would try and max first. You also need some little guys for the front lines and well yeah now I'm over $500 most likely 😭

Oh man, completely forgot about Oaken. Urgh, yeah I might have to dip a little bit more than $500 LOLOL

soo many good cards and so many more coming! Chaos packs going to get me in trouble and I'm curious what will replace dice packs.

I would personally stake it all ;) but when possible get some legendary cards.

I am with you on this approach.

I'm on the hunt for sure...Going to give it a few weeks before pulling the trigger on those new GFLs

Personally, if I were dropping 100k DEC today and I didn't already own any cards, I wouldn't be buying anything that's not going to be playable in Modern when CL is released. For me, it's mainly due to costs/supply. I'd probably plan for 2-3 level 2 summoners (at least Mylor and Owster), level up some key common and rare monsters, grab a handful of epics, and a couple legendaries. If I was happy with that and there was anything left, I'd look at gold foil options for neutrals.

Really good point. Those league splits are going to be interesting to watch.

It really is. A lot of high-use cards today won't be playable in Modern so I'm really looking forward to see their replacements. I'm sure my wallet will appreciate the lower cost of the newer cards when I start leveling them up too lol

Nice choices. I’ll go for scarred illama, though it’s pretty costly. I need a scarred Ilama and a kron in my deck. Scarred illama gives the earth splinter such a huge boost. I would have loved a Mylor Crowley too but 1 can’t be enough, one would need like a level 3 to enjoy using it in combination with other cards. And that costs about 510$. Lol looking at the costs of those guys 100k dec isn’t actually that much Lool.

If I had a spare 100k dec right now. I’ll just buy a plot on hive engine straight up!

Yeah Mylor would need to be leveled up if we could get past certain leagues...Me myself, I can barely make it to gold lolol

Loool...means there are chances of meeting with you in battle. Hehe nice one

Good choices and nice mix of old and new cards. You've been upvoted by homesteadhacker.
Your post has been manually curated by @monster-curator Team!

Appreciate you guys, thank you very much!

It is a good idea to purchase assets in the game but also stake and or trade 10% of the amount.

Yeah this was more asking what would you buy if you could. 100k DEC, in your pocket to buy cards, what would the picks be :)

Summoners epic or legendary of any element.
I will buy enough cards then combine the cards to get at least level 7.

I'd probably hold off and throw it all at the Chaos legion pre-sale.

What I'm doing. Have about 19k right now after donating to my guild and stuff. Trying to stack as much as I can for that. I'm stoked!

I would just stake it and earn

Nothing wrong with DEC to SPS air drops!

100k Eth, already did it with a bit more than 100k to start and bought tons of gold foil cards that had good rental values or resale and rarity then rented and flipped until cashing out into SPS and SPT now playing and rebuilding deck slowly. If I had another 100k DEC I think i would wait for more of the reward cards coming out, maybe buy some gold ones if affordable on the market yet waiting for packs and these rewards cards to populate the game bringing card prices down a little bit.

Yeah those prices of the new rewards cards are looking good, but I think they may go down a bit more...I'll give it a bit before buying them lol

If i had 100,000 dec, i'd probably spend half on a few cards (chicken, Mylor, and a few beta cards) and make sure i have enough power to reach silver 3 consistently. The other half i would leave it for that sweet sweet SPS airdrop.

I would hold them for SPS airdrop points until the ende of the presale I guess :o)