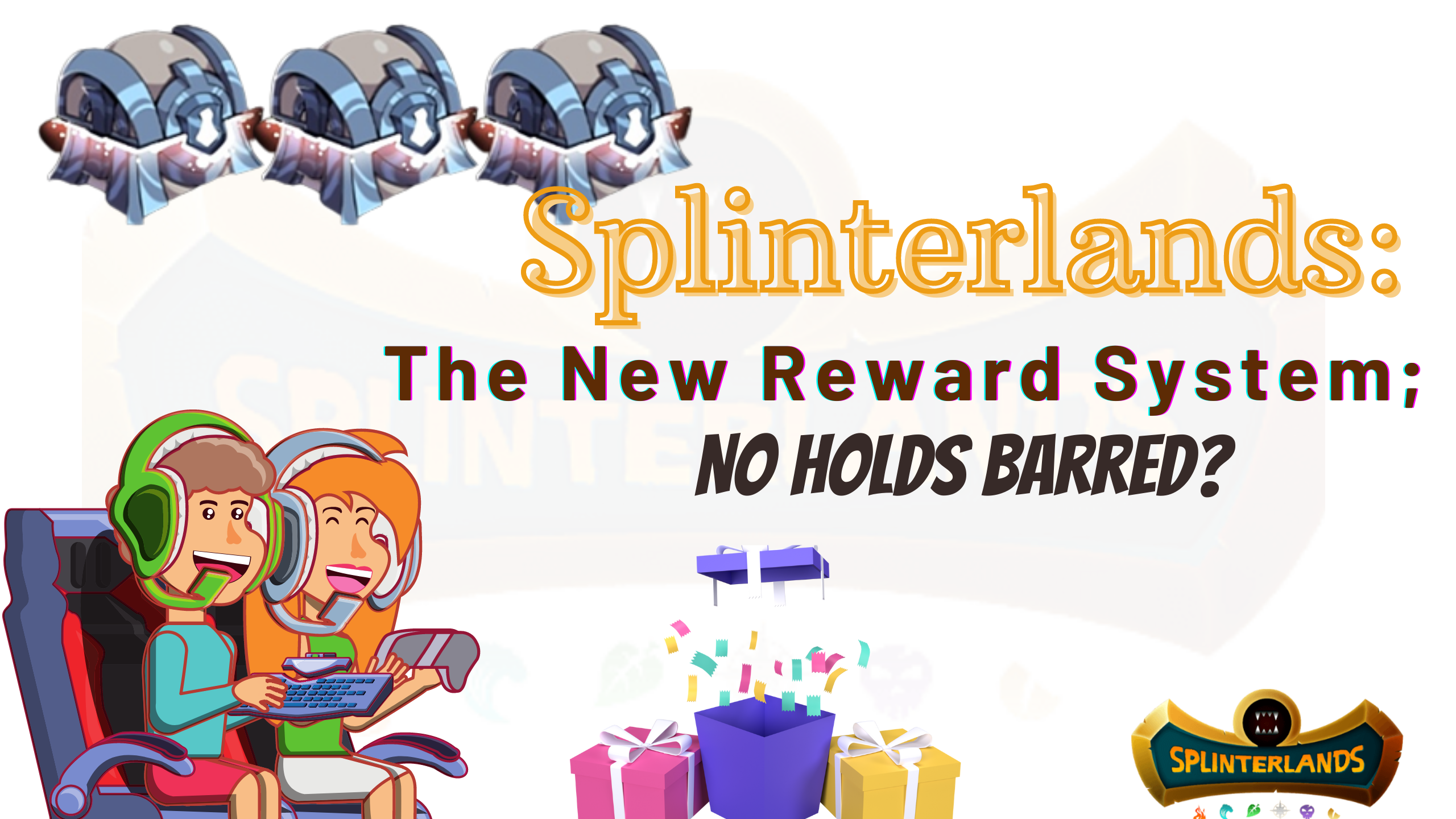 The Slingerlands's reward system is back and refurbished, However, I guess it'll take time to say it's better. Overall, I think it's good for the game and this is because more people would seek to spend money as well as more playing time to get the value of the money they've spent.

In the past, what felt lucrative, to people & bot owners with depth in resources was renting out cards to real users who played the game then make some money, come back a few days to the ending of the season, and played to go up through the ranks in a bid to fight for bigger and better season's reward.

Now, when I say the game has been refurbished, it's been revamped to take care of prevalent issues. One of the first I think is bringing people to play the game again. Now, let's take a look at the real reason for daily quest.

The Purpose Of Revamping The Reward System

The main reasons were to give players a playing focus and get them to interact with the game while earning DEC for ranked battles. I loved the concept of the daily quest, but I feel that for some heavily vested users, the wins from the daily quest might not just be lucrative enough for them.

The daily quests were notorious for having, VENARIs and potions, probably 50% of the time, and having decent rewards for 50% of the remaining times. So the incentivizes to keep playing was the end of the season's reward and the SPS airdrops from holding other assets and also the money from the rentals.

For regular players without deep pockets, it's more of getting traction, experience, and knowledge and hoping they can climb the ranks.

We can agree that the surge we saw in prices over a year ago on splinterlands has opened the eyes of many to some of the most stupendous money they'd ever made in their lives, so many users saw their account grow to over $500k, so it's difficult for some of these people to get used to getting a Venari that's worth $0.03 as daily quests reward when they've seen what it feels like to own real money.

Sometimes, the depreciation of assets doesn't rearrange the mindset to shift to the new market reality to understand that the economy has experienced a massive decline.

This is why the inclination to make money is higher than playing the game. If you Check games that are yet to launch like psyberx you'll see that people are inclined to invest in it because of the antecedent of splinterlands, this might have not been the case if psyberx was launching at the same time as splinterlands.

The Stupendous Rise In Asset's Value

I feel that this rise in the price of splinterlands set huge standards, making the intention to play for the fun a mirage. This is why refurbishing the game in this fashion makes it easier to make people play.

While this means that lower league players can earn for their efforts, they'll need to own more assets to win. It's in two ways, they can rent cards to get them resources to win, or rent these cards to up their level and unlock the next league.

However it is, they're going to have to spend to play, which in turn helps them to earn more. So we cannot exactly say the new system is great, even if it's generally healthy for the ecosystem.

The "Focus" On A Daily

However, let's take a look at it this way; The daily quest has now become daily focus, meaning the higher wins you get, in the element you're given, determines the chest or loot you'll get, nevertheless, I somehow believe that the quality or each loot will always be determined by the League one plays in inadvertently making it favor the big leaguers just a little bit.

However, this is determinant of how much a little leaguer is willing to throw into the rentals.

So how sustainable will this new system be? I think it might probably make the competition tough. Recently, I've been beaten to stupor by some of these expensive cards and I'm used to losing, it'll take me a few weeks to understand and decipher how to win with my tight budget.

Crypto & The Outrageous Learning Curve: My Splinterlands Journey As A Case Study

Understanding & Adjusting To The Real Purpose Of Motivation

Budgeting: Paying Yourself First With Crypto

Establishing Compatibility: A Case For Self-Improvement

I've been going extra hard for those rewards. twerking my ass off in the ranked battles and its been so awesome so far.
I've earned more DEC than I ever earned from normal ranked play

Well I think the old system kinda favors me more 😂😂. But then we wouldn't know in the long run. Earning DEC is bae, I tell you. Sweet to see you doing it bro. Hahaha

What league are you currently playing in?

Bronze III as @catotenor - I love the more generous loot chests for each focus, and earning DEC instead of credits from those chests!

I'm in the Bronze III and occasionally Bronze II level of play. Slowly increasing my CP to one day qualify for Bronze I and eventually the Silver League.

The Daily Quest was easy enough to understand. Win 5 matches and receive a reward which was probably a potion. However once in a while a card or Credit would show up and those were nice surprises.

I'm not sure how I feel about this new system. I do like that I can earn a tiny bit of DEC, but needing to play to reach 300 points for a rewards chest is taking more time than I have in any given day. So, at this point I may only see the tiny DEC on wins. Which means reward chests will be few and far between. I'll keep playing and see how it all shakes out.

I think the daily quest is even better for the bronze leagues mainstayers, but it's virtually impossible now to get anything reasonable unless they rent card or buy to actually compete. I don't know how the coming weeks will be, hopefully. I'm not sure about the new system too. But then it comes with mixed feelings.

It has been tougher with new reward system, a system I didn't smile at on day one and two but now understanding it better and strategically playing for overall better rewards at season end. It will take a season or two to judge how good it is, so far its been okay.

I've been trying to understand how it works, but I haven't been able to, people are now more vested in the rental market and it's a huge mess out there. Nevertheless, I think we'll find a way soon. We always do. It hasn't particularly favored me.

been pretty tough! We'll have to wait a bit to see how it plays out. Also, modern&wild is coming in a couple of weeks which will again completely change gameplay!

I don't know how modern & wild will pan out, but I guess the first few weeks will be chaotic for every changes.

It's a lot harder with the new system and it's more work. I am not sure how much I like it but it does incentivize people to move up as fast as they can so they can get more points. I think we will start getting more chests as we go later in the season but I really hate what has happened to the rental market. It just seems like a huge mess.

The rental market will go up and this is more money for people with deep pockets. It's made a whole mess though. I do not like renting though, I somehow feel that I could grow my CP organically. However the system is good for the overall system. I guess it wouldn't favor everyone at the same time.

I think renting out cards is fine if you have enough CP and you are satisfied with your rank. It's better than letting the cards sit around and the market is a mess right now.

The New Reward System - season rewards are getting great.
Have a great day.
!PGM
!CTP

I was able to get around 10 Chests yesterday and 8 today, the rewards were not that great but yeah it was good to get those many even after been on Silver 2.

Congratulations, that's quite a nice look there, I barely get two in silver III sometimes. How many games do you play?

I agree the jury is still out on the new Splinterlands Reward System. I still enjoy the play, and like the certainty of the the more I play, the more chests I get...providing I win LOL!
Versus just having the chance to win daily chests and waiting two weeks for a big score!
Some of my friends, whom I recruited, play more then me, and they are very happy. And in true splinterlands fashion the new reward system has spawned new videos, with new excel spreadsheeets carefully analyzing the difference in value between Bronze, Silver and Gold reward chests.Some people have invested time and effort into calculating the average value of 100 chests at level brinze, Silver and Gold. This type of intense love for the game and motivation to profit is a such a classic Splinterlands thing, it make me laugh. I have the same questions, but not quite the same motivation. Ply the game Bros and have fun.