@kafrul 63
about 2 months ago (Edited)
Splinterlands 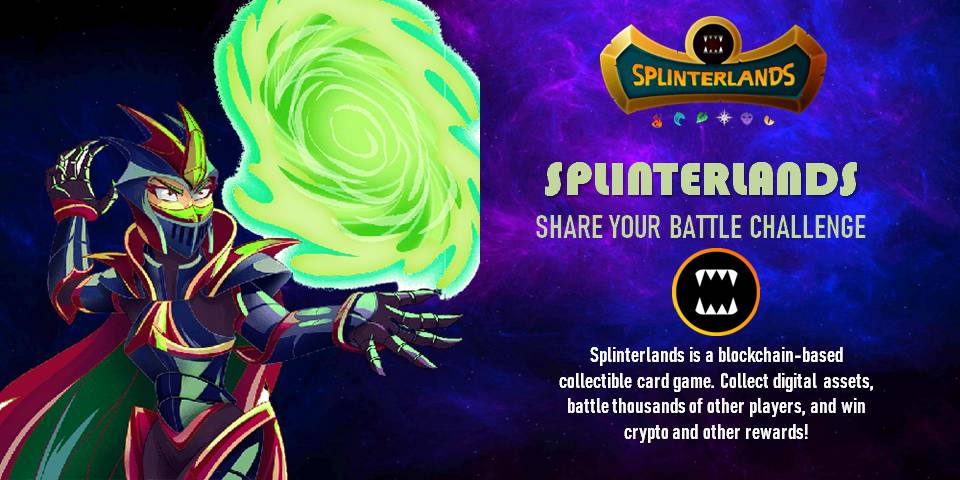 Portal Spinner is a rare Life monster and a Chaos Legion monster. It costs 5 mana. It is also a ranged monster. I like this monster because of its high range damage, speed, and armors. It also has some abilities. At level one, it has 2 range damage, 2 speed, 1 armor, and 3 health. It has Scattershot ability at level one and Snare ability at level five. Portal Spinner is one of my favorite monsters and I sometimes use this monster when I play with life splinter and when the battle mana cap is high because it has a high mana cost. I love this monster just because of its high range damage, speed and ability.

Here are the battles. :)

Link to the gameplay

In this battle, the combat rule was Standard and mana cap was 19. My summoner was Drake of Arnaak because it increases one armor to all the friendly units. I chose Life splinter and then chose Chaos Knight with its Shield ability at the first place. Then at the second place, I chose Time Mage with Slow ability. At the third place I chose Portal Spinner with Scattershot ability. 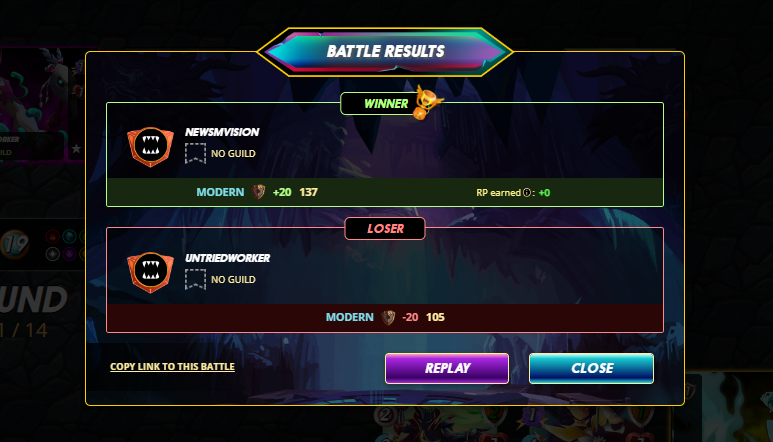 Yeah I have heared but Huobi is not allowed in my region. Sad.