The Next Splinterlands Gems Tips and Tricks

Hey guys, today we're going to be talking about how to find the next gem in Splinterlands, and what I mean by that is cheap cards that have a high potential to go up in the future. Recently, there has been 21 new rewards cards released and a lot of them are pretty affordable in the marketplace right now and you can see a lot of them are super cheap. That's because there is going to be 20x more print limits than previous rewards edition cards so there is going to be a slightly higher supply. We like that because we can get some really good deals, I think personally. So, I'm just going through a few tips that might help you find the next gem.

Firstly, we gotta look for cards with similar abilities as previous cards that have performed well in the past, like for instance, the Pelacor Mercenary. This card has heal at level 6 and retaliate at max level and you can get that at pretty cheap right now (60$ at max level) compared to Flesh Golem (1,500$ at max level) so you can see how you would think that card would go up in value in the future, so I would think that's gonna be a pretty good pick. 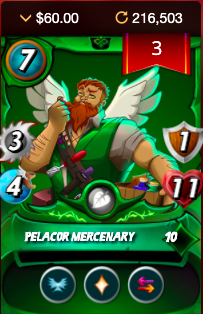 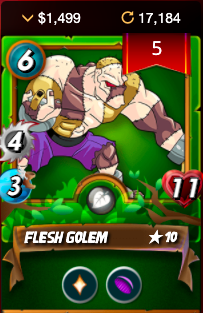 So, tip number 2. I personally think low mana cards have a lot of utility. Take for instance, the Pelacor Conjurer (44$ at max level) doesn't look that good in the lower ranks but has a lot of good abilities in the higher ranks. We can compare it to the Failed Summoner (140$ at level 8) card that has a magic reflect, demoralize, and strengthen which is a good comparison. Plus, low mana cards are good utilities in low mana cap battles so always slide an extra card. 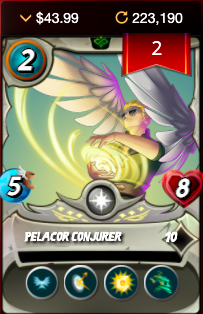 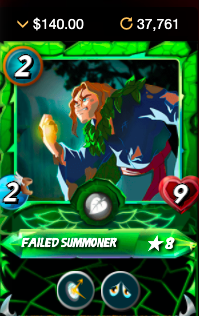 Tip number 3 would be to look for newer cards that counter old cards and some of the ridiculously expensive cards. So, one that stood out to me was the Gargoya Devil card. It has "Deathblow" which means he does 2 times the damage if the target is the monster left on the enemy team. If you take for instance Llama+Kron which is pretty hard to beat in bronze, that would give you a lot of damage against Kron when he is in last stand. You would only need to get Gargoya to level 4 to get that ability which is pretty good.

Tip number 4 I would say is to try to get cards that would synergize well with your go-to summoner with stat buffs. A good example would be the Venari Wavesmith (200$ at max level) because of the protect ability which gives all friendly monsters 2 armor and has 1 magic damage that goes well with the Alric Strombringer summoner. Another one would be the Djinn Renova (99$ at max level) card which has the strengthen ability so everybody would gain 1 health plus the triage ability which would heal the back-line monsters so that will be really good if you get ambushed by sneak attacks as it would heal them up. So a lot of these cards are gonna go cheaper most likely because there is gonna be more prints. 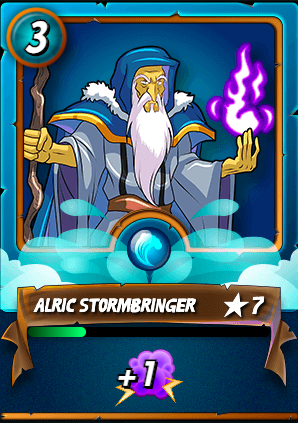 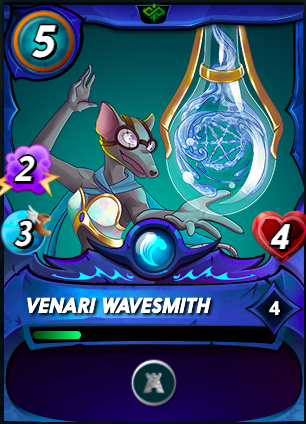 Last tip I would say is if you could pick up Legendaries for super cheap as they could potentially go up in value in the future as well. There are a few cheap ones right now in the market with Djinn O'Shannus (28.48$ at level 1) being the most expensive. He's really good with his 2 magic damage, 5 speed, and 10 health for only 8 mana cost so it looks really good especially if you could pair it with Alric. The 2 other really cheap legendaries are Djinn Biljka (9.99$ at level 1) and Harklaw (10.50$ at level 1). The same goes for epic monster which are going for pretty cheap. One of my personal favorites is the Djinn Chwala (2.49$ at level 1), and being the only level 1 card that has thorns that does 2 damage back do any melee attackers. Really good in my opinion and I have picked up a few of those. Lava Launcher (2.49$) looks pretty decent especially with the close range attack. Uraeus (2.43$ at level 1) is really good for neutral monster where there is only one other neutral (Elven Cutthroat) sneak monster for 3 mana cost. But Uraeus has more health and a shield so it can eat an attack. 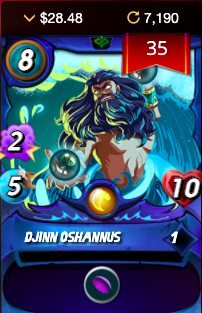 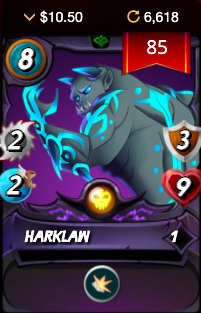 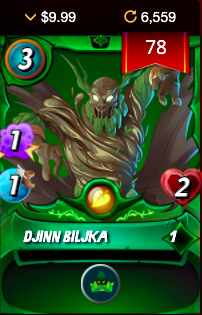 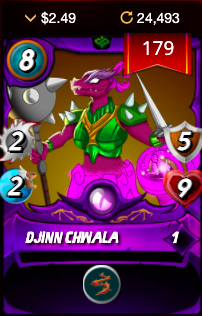 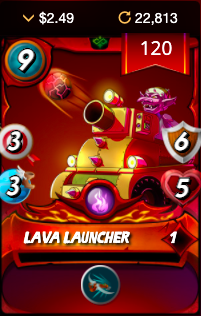 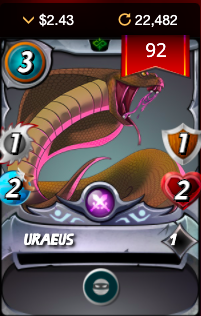 So that's it guys. Thanks for stopping by to read and please don't forget to upvote and spam the comments with love <3 Until next time.. Peace out!

Any donations would be much appreciated.. my in-game-name is kevinkev

This is @macchiata from @OCD team. We saw that you already posted your first post here in Hive! Congratulations and welcome! However, it would be awesome if you do an introduction post. As a sample of what an intro post is, you can refer to this intro post for reference:

You can tag me @macchiata on your intro post if you decided to make one.

Congratulations @kevinkev69! You have completed the following achievement on the Hive blockchain and have been rewarded with new badge(s) :