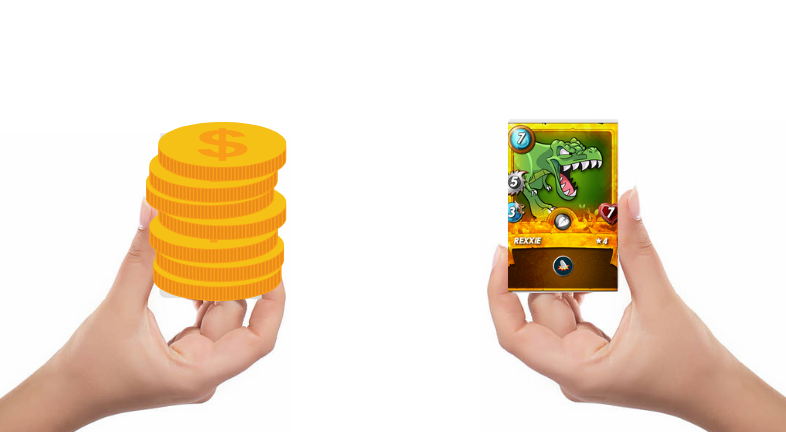 The vast majority of people who joined the Splinterlands game after August, myself included, are having a hard time getting Power to play in the major leagues.

With the coming of the Chaos Legion pack and a league using cards from the last three editions (Untamed, Dice and Chaos Legion), it will become possible to be competitive in the game having just started.
Buy Packs or Wait for Cards to Come Out on Market?

My Investment Strategy
At the launch of Chaos Legion I will buy 100 packs to get the 10% Bonus, and 500 Legendary and Alchemy Potions, for a total investment of $445.

In the first week after the cards are on the market, I will buy the cards that are worth, and that usually people sell a little cheaper than they are actually worth, as was the case with Venari WaveSmith, which has already been sold for less than 1 $ and today it costs 4$. Of course, doing some research beforehand so as not to buy cards with inflated prices.

Conclusion
Based on what I've been following in the game since I started playing in August and reading posts from people who have been playing for over a year, my thought is that there will be some cards that will be worth opening packs to get them, if for example in a from these packages comes a legendary one that reaches the same price as cards like The Kraken, Lord Arianthus, and Rules of the Seas will become quite advantageous, however, to have more chances, you must also buy legendary potions and gold potions.

Besides, it's a lottery, that is, of the 590 cards that I'll get in the packs, there's nothing guaranteeing that I'll come with golden or legendary cards.
Without a doubt in any case, participating in the pre-sale, even with little money, is very advantageous, as they will have exclusive cards in Airdrops. The Token Voucher that we will earn from Airdrop can be sold in third-party markets. So it's good to guarantee at least 1 during the 30 days that the Token Vouchers will be distributed. In addition, there will be other awards, such as t-shirts, caps, physical cards, etc.

If you're enjoying playing Splinterlands as I am, and you want to be competitive and make some money too, then there's no reason not to participate in the launch of the Chaos Legion pack. I believe in the game and the updates that the developers have been doing, although it hurts those who are starting out a little, it has the potential to make the Splinterlands game grow more and more profitable in the future for those who are starting now.

Attention: This post is not an investment indication.
Reference Link: https://splinterlands.com?ref=kran1um