2nd Batch of Gods Unchained $GODS have been Airdropped - Check your wallet.

Gods Unchained has been getting a lot of my attention lately for good reason. Their play to earn campaign Blessing of the Gods is running for a couple more weeks and after that will come daily rewards and much more. Just letting you know - the second batch of the Retrospective Rewards airdrop has been distributed. 2 more to go! I wrote about Why $GODS could easily do a 10x yesterday so check that out for a deeper dive on why I believe heavily in it. 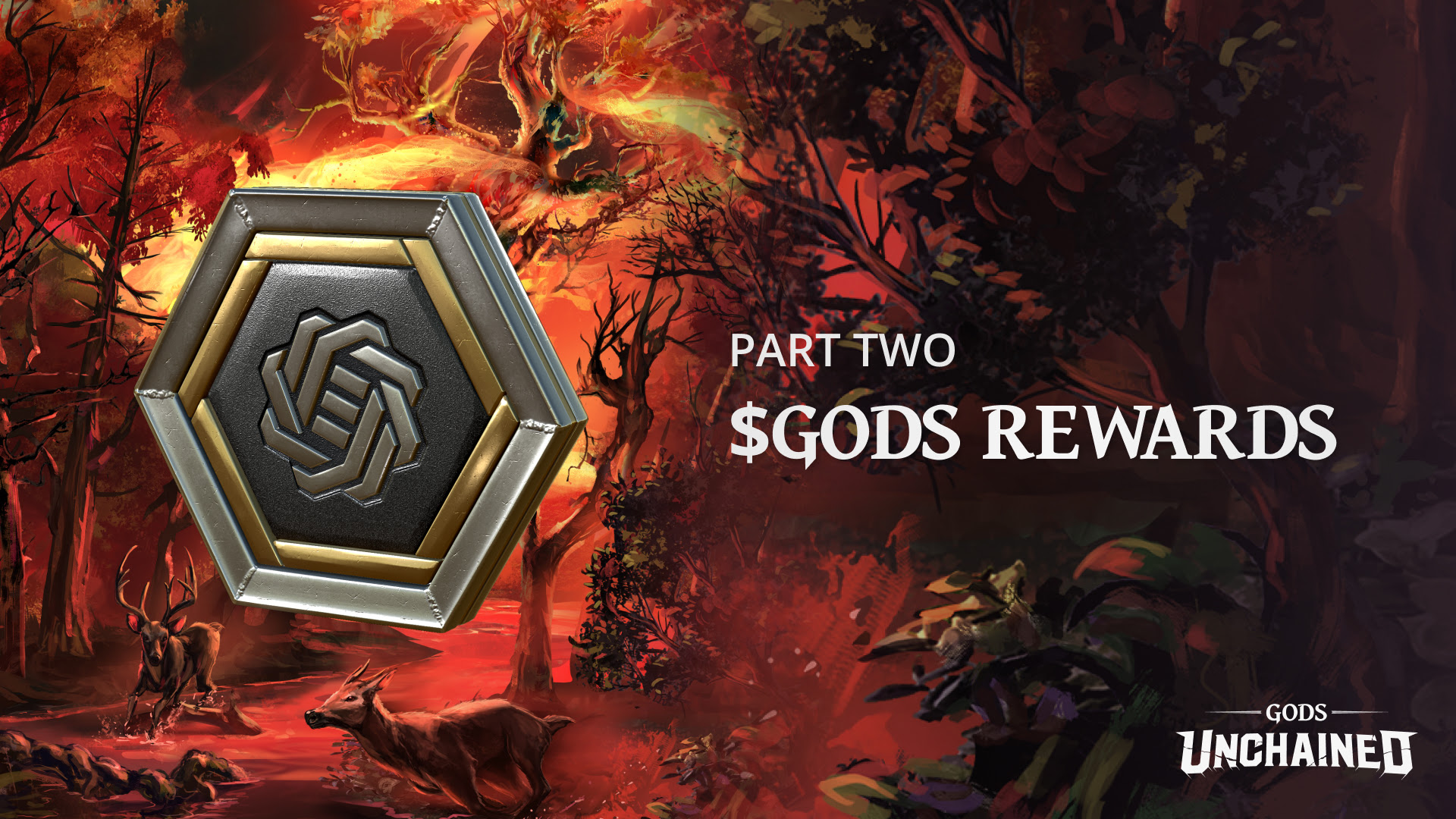 The first retrospective drop came in the form of 50% of players' calculated GODS tokens. The other 50% is being distributed in 3 chunks over 3 months. The first of those 3 chunks happened today. The next will be in 30 days and then the final 30 days after that. My first of the 3 chunks was another 162.27 GODS valued at $765. They're doing amazing things for loyal players. This is just the beginning. This distribution model forces players to HODL and they're definitely making it worth it. 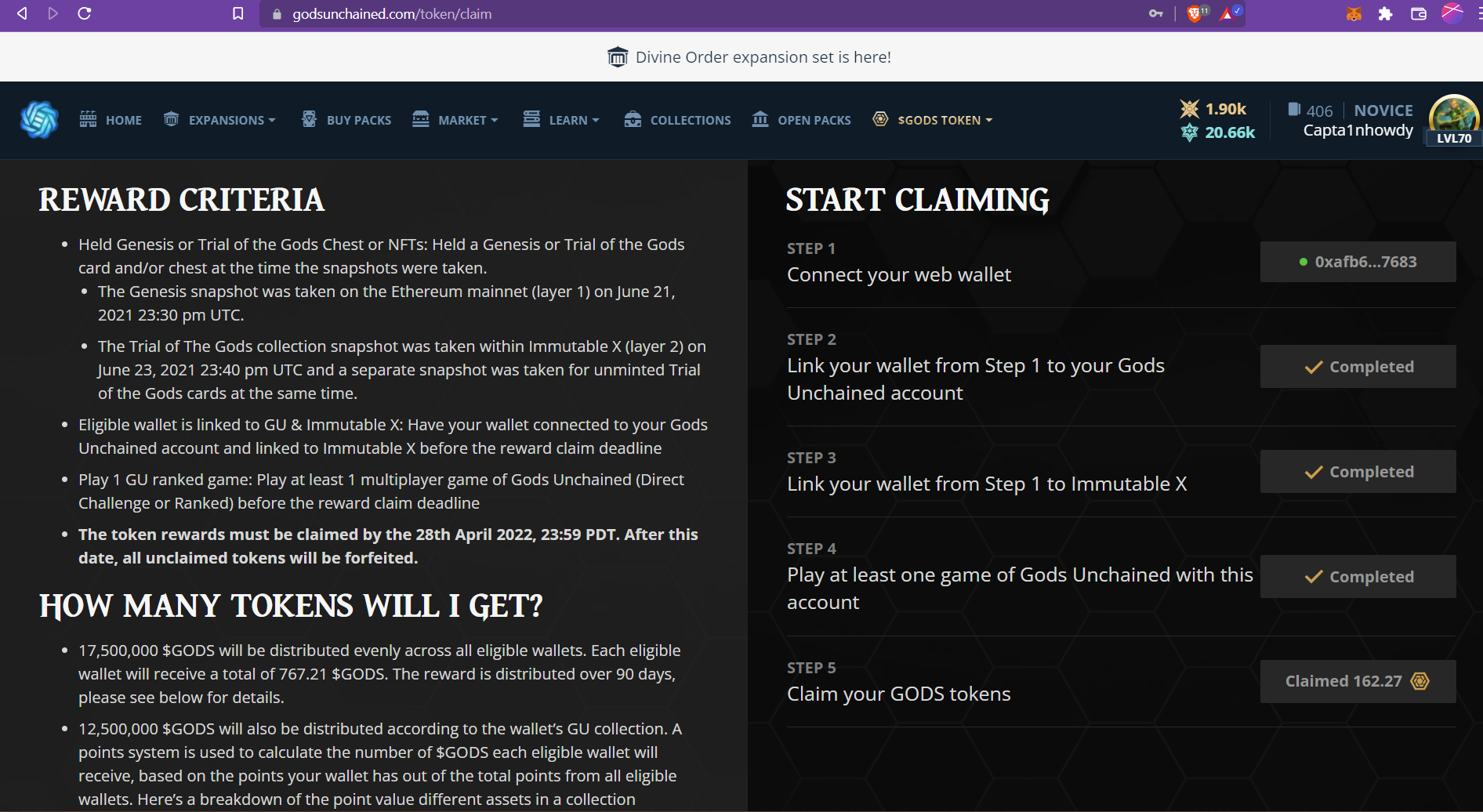 They are bringing incredible incentives and value to the game. Immutable X is doing some amazing things. With the distribution of $IMX as well to Gods Unchained players, it has been my most profitable blockchain game ever. Hopefully my Splinterlands earnings will catch up! It's so hard to keep up with both... Don't worry Splinterlands, I still love you.

To check for your drop, visit Gods Token Distribution page.

Did you get a drop?

This is very nice, I love free money too