Who doesn't love rolfstomping enemies with lots of superb Dragons? Only a short time after the Djinn were released, most of them were already seeing their elemental captivity as a blessing rather than a curse. They had far greater power than before, now that they were working with the force of the Planet at their backs. Pursuit of power was at the core of Belludae beliefs, so most of them would make small sacrifices for greater power.
The Djinn have not all found one another, and it will be difficult for them to do so since many of them reside in different elements. This is why several of the Djinn have submitted themselves as cards in the Moxian games, so they can connect with their lost brethren. Gradually they will come together to Praetoria as part of the last lines of defense, channeling the power of the Planet into an impenetrable wall to hold back the Chaos Legion.

Abilities: Thorns (When hit with a Melee Attack, does 2 Melee Damage back to the attacker.)

Ah... the Dragon Splinter. Hated by some players, Loved by others.

I, personally, find that the Dragon Splinter very amusing to play and a great addition to the game. It brings a lot of flexibility, as it allows the player to create new strategies by mixing Draconic cards with cards from other Splinters.

Also, Dragon cards are usually stronger than their counterparts from other Splinters, bringing more bang for their Mana Cost. In the match featured on this post, for example, we can see two different 2-Mana Ranged Monsters, the Naga Assassin and the Xenith Archer. The Naga Assassin, being from the Dragon Splinter, brings FOUR extra Speed to the table, when compared to the Xenith Archer. Another interesting feature of the Dragon Splinter is that, as you can mix Dragon Summoners with cards from the other Splinters, you can end up with incredible combos that aren't expected by the other players.

For example, nowadays, playing Magic Monsters as the Forest Splinter is a very common strategy, due the Summoner Obsidian and her +1 Magic Damage buff. But with Delwyn Dragonscale, a Summoner from the Dragon Splinter that also gives +1 Magic Damage, you can end up empowing Magic Monsters from the Death Splinter (like the Death Elemental and the Life Sapper) or from the Life Splinter (Time Mage, Temple Priest, Dax Paragon) that, on their own, don't have access to this kind of buff.

Learning how to combo buffs from Dragon Summoners with Monsters from other Splinters is one of the most important abilities that you, as a Splinterlands Player, can develop!

The match was very balanced!

My backline was very fragile, comprised only of 1 or 2 Health Monsters without any Armor or other kind of defensive abilities like Shield and Void. Thus, my opponent's Death Elemental and Undead Badger had free reign and were able to pack a punch against my own Monsters, killing several of them without any problems.

In the other hand, my Frontline was more powerful than his, as my tank, Djinn Chwala, had 5 extra Armor when compared to the Cursed Windeku. Not only that, but my own cards focused all the damage on his tank, killing it way faster than he could kill mine.

After that, my opponent simply lacked the firepower to kill Djinn Chwala, and his team crumbled while his Monsters were getting killed one by one.

Yes! Dragon splinter is definitely the one for those high mana battles.

@skuration 56
9 months ago
Thank you for sharing this great content, You have been manually Upvoted by @skylinebuds


The first time I got a universal remote control I thought to myself
This changes everything.
Credit: marshmellowman
@luizeba, I sent you an $LOLZ on behalf of @skuration
Use the !LOL or !LOLZ command to share a joke and an $LOLZ.
Delegate Hive Tokens to Farm $LOLZ and earn 110% Rewards. Learn more.
(1/2)
0
0
0.000
Reply

I love the writing of your content, but I must warn you not to use the content written in it unless it is in your own words. 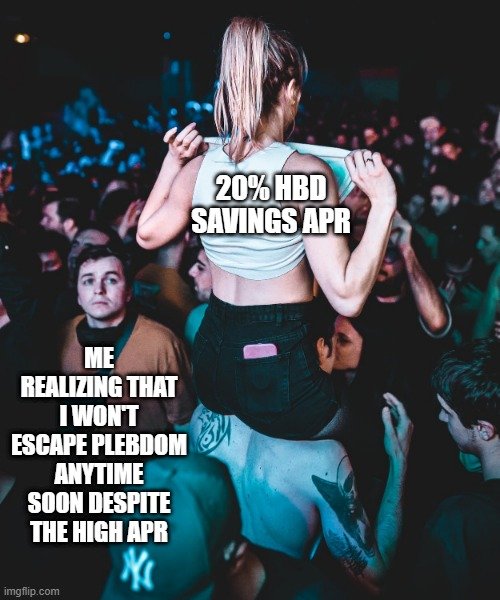 
Do you know where you can get chicken broth in bulk?
The stock market.
Credit: reddit
@luizeba, I sent you an $LOLZ on behalf of @brianhuang
Use the !LOL or !LOLZ command to share a joke and an $LOLZ.
Delegate Hive Tokens to Farm $LOLZ and earn 110% Rewards. Learn more.
(10/10)
0
0
0.000
Reply
Menu
Explore NFTs Proposals Pool
Trade
Trade SPT