Find out the best Strategies to be used on Matches with the Ruleset "Aim True"! After analyzing some of the most complex Splinterlands Rulesets for the last few weeks, like Explosive Weaponry and Unprotected, let's take a look at a more straightforward ruleset: Aim True!

With this Ruleset, all Melee and Ranged attacks will always hit the target. The most obvious impact is that the Speed impact on the game will be (very) lessened, as Monsters won't be able to dodge attacks. Not only that, but some abilities like Flying and Dodge won't really matter, as all attacks will hit anyway.

Before analyzing the tips and tricks, let's just review how Speed and Attack Misses works on Standard Rules:

Let's see the strategies that one can use on Aim True Ruleset!

Simply put, do NOT play Monsters with these abilities: Flying, Dodge, Blind, True Strike and Backfire. But the True Aim Ruleset voids all those effects as everyone's will always be hitting their targets anyway, making all those abilities totally useless.

And, as I said on my Unprotected Ruleset Guide, useless abilities not only are useless, but they also cost you Mana! By playing a Monster with useless abilities, you'll be paying the Mana Cost of those abilities without getting any advantage. You're just being inneficient and spending more Mana than you should.

Basic Strategy #2: No Phase too!

This is a less important tip because just a few Monsters have the Phase ability, but it's good to know it nonetheless.

As you already know, Magic attacks can't miss their target unless the target has Phase: Monsters with Phase can dodge Magic Attacks, and this dodging mechanic uses the same rules as the ones applied to Melee and Ranged attacks. Under the Aim True Ruleset, Melee and Ranged attacks can't miss their target. This also means that the Magic attacks also can't miss the target, even if the target has Phase, as the Phase ability uses the same numbers as Melee/Ranged.

It is counter intuitive, as the description text of Aim True just says "Melee and Ranged". But, due the way the Phase ability works, Aim True also applies to the Magic attacks!

The point is: do not play Monsters with Phase. It's as useless as Flying, Dodge and Blind!

Within Aim True matches, Speed is way weaker than in a regular, Standard match.

Speed has two effects on the game: it defines which Monster will attack first (the "Initiative Order"), and the Dodging/Miss mechanics.

As there's no missed attacks on Aim True, Speed now only serves to define the Initiative Order.

Aim True is a debuff against Faster Monsters, and a buff for Slower Monsters In the other hand, you should be playing Monsters with Low Speed, as they're now way more attractive, given the fact that they have other stats or abilities to compensate their natural low Speed: Sea Monster, Bone Golem, Torhilo the Frozen, Charlok Minotaur...

Considering the fact that all attacks will now actually hit their targets, all Hit-Triggered Abilities have now a higher value than the usual. Stun, Trample and Blast all are offensive abilities that are triggered by hitting the enemy. Now that you're always hitting the opponent's Monster, they'll trigger more often and, thus, will be statistically stronger. Similarly, Return Fire and Thorns will also trigger 100% of the time, as enemy Monsters won't ever miss your own. Thus, these two defensive abilities also have a higher value and are stronger than the usual.

This tip follows has the same statistical approach as the one above. In a Standard match, both Melee and Ranged Monsters have chances of missing their attacks. Even Monsters with ultra Speed like the Lightning Dragon (6 Speed + Flying) can still miss attacks depending on the enemy cards (due to Dodge, Blind, or even Speed buffs/debuffs combos).

Obviously, as I said before, slower Melee/Ranged Monsters are the ones that benefit the most. But even the faster ones are also benefited, even if it's by a smaller amount.

This means that, as a thumb of rule, Melee and Ranged Monsters have an advantage over Magic Monsters and, thus, you should try to build your team around them!


My kids must love to camp
Whenever we go somewhere they keep asking RV there yet.
Credit: blockchainerx
@luizeba, I sent you an $LOLZ on behalf of @brianhuang
Use the !LOL or !LOLZ command to share a joke and an $LOLZ
(9/10)
0
0
0.000
Reply 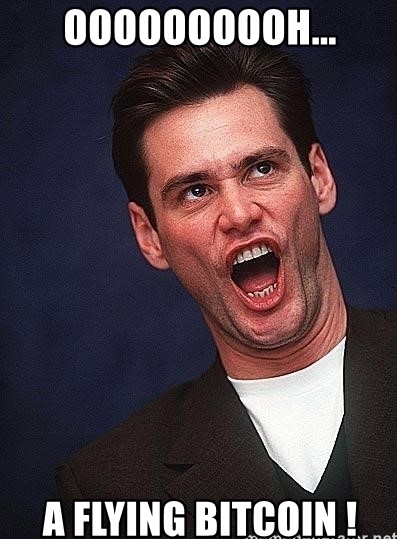