Have you met with QUORA TOWERSHEAD yet ?? 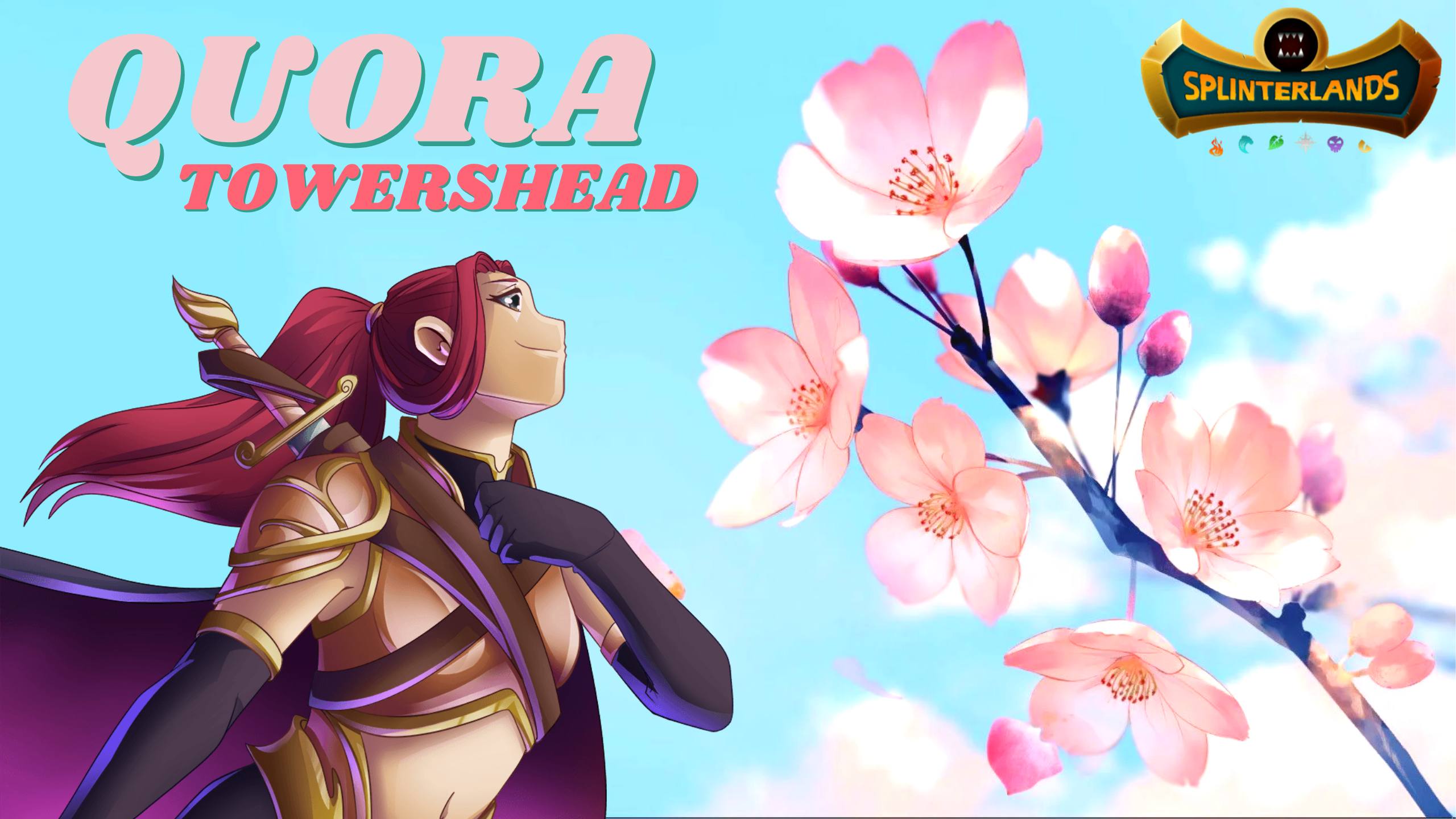 The second tournament of brawl 2.0 finished yesterday and we, the Neoxian Guild warriors snatched away the first place once again! This brawl I played with red-dog and it was as usual a beta/alpha only fray that I played. I got total 6 matches and this time I won all of them. I didn't even break a sweat winning most of those 6 matches just because of 1 monster that I have with me now. And this post is all dedicated to her. Yes, as you have already guessed from the thumbnail, today we will dig deep into the newly launched Brawl specific monster, QUORA TOWERSHEAD! Well, I am speechless. I think if you only consider brawls, Quora is the most overpowered monster currently in the Earth section. AT medium and high mana matches, Quora will rule the brawl and will demolish enemy monsters without any hesitation. If you are playing brawls and don't have this monster already, most like you will lose to the opponents using this one in their lineup. I may sound over-the-top but after playing several matches with it in the last brawl, I am pretty confident with it and you will surely support me on this if you have used it too. On my first brawl 2.0, I got total 4900 merit for wining the first place and bought n open 2 gladius packs with them. On my first pack, I got this princess in gold foil so that's level 2 out of the box. Let me share my experiences now with it.

What's so special about using QUORA TOWERSHEAD in brawls? Whenever a monster with bloddlust ability kills down an enemy, every stat (attacks, speed, health) will get buffed by +1.

If damaged, the heal ability restores a portion of it's health every round.

It was a medium mana match and I wanted to use Quora on my front so I choose the 2 mana summoner foxwood this time. Another advantage of using foxwood is that my earth elemental was level 3 and not 2 as the summoner is epic. In this medium mana ruleset match, my opponent will either choose a range deck or a melee deck so I had to protect both my sniper position and the rear position as well. Now, let me share my lineup and why I choose them.

I used the Quora at front. It will stay long for it's big health bar and heal ability and will be more and more dangerous as the bloodlust ability keep unlocking. i am using a level 2 and it has 2 magic and 2 melee attack at 3 speed and 12 health with bloodlust and heal ability. I used to MINOTAUR WARRIOR at the second place of my lineup. It will stay behind the Quora so it will be alive for long time. I am using a level 3 and it has 1 melee attack at 3 speed, 1 Armour and 4 health with reach ability. I chose SWAMP THING at the third place to weaken the enemy monsters. i am using a level 2 and it has 1 range attack 1 speed and 4 health along with the weaken ability. But if my opponent uses sniper monsters in his lineup, this monster will get target first. MAGI OF THE FOREST

I chose MAGI OF THE FOREST at the fourth place to keep it safe from enemies for longer time. As both the swap thing and magi possess 4 health, in opportunity ruleset, the swamp thing will get attacked first so the magi will be safer for longer now. i am using a level 2 here and it has 2 magic attack at 2 speed and 4 health. I selected the EARTH ELEMENTAL at the last place of my lineup. As it is level 3, it holds 2 range attack instead of 1 so it really matters in this medium mana limit match. As it has more health than the other adjacent monsters, opportunity monsters wont attack it first. It has 2 range attack at 2 speed and 6 health. In this match my opponent was @khan.dayanz a friend of mine and he is playing from Immortal Gods II. After the match got revealed, I Saw that he chose a sniper and 2 magic monsters against me and his front is covered well by a hunted spirit followed by LOD. The match was intense! While he was having the mighty Lord of Destruction waiting to bring hell rain upon me, I was also ready to defend with my brand new Brawl monster Quora. Let's see now how did the battle go. After the match started, the enemy enchantress attacked first and reduced the health of the Minotaur to 1 as it was the first monster with lowest 4 health count. My Quora attacked next with her double attacks and bring down the spirit's health to 3. But sadly, the Sniper attacked next and killed down my swamp thing because of it's sniper ability. But with the help of both Minotaur and magi, I killed down the enemy undead Priest. after second round started, the enemy witch again attacked first and killed down the Minotaur this time. My Quora attacked next and this time, with his 2+2 attack, she killed down the spirit and boom! she got all her stats buffed by +1. my rest soldiers attacked afterwards and brought down the health of that witch to just 1. At the last round, the damaged Quora healed up itself and again attacked first and this time it successfully killed down the lord with her jacked up attack stats. The witch came to front and damaged my Quora and the jester killed down my earth elemental. Only Quora was alive on my side and 2 monster on the enemy side.

At the fifth round, my Quora was having 4+4 attack and at this time, she was undying and impossible to stand against. she attacked first and killed down the witch with her magic attack and killed the jester with her melee attack! 2 monsters with a single attack stance? that's insane! That's over powered! Somebody should stop this Quora lady before she brings any more destruction to the splinter lands.

It was really an awesome experience using Quora for the first time and enjoying her unmatched abilities on the battlefield. The strategy was new with different style and I even took risk choosing that Minotaur combo with Quora but really the Quora covered all my mistakes single handedly in this match. Hence it proves once again that you just have to know the right time and the right way to use any card.

I wish you all good luck in the battlefield! Give your best and wish for the best :)

I have never met her face to face, but people say that her power is maybe better than kron on higher levels.

yes she is indeed the mother of kron in that aspect. :) Thanks for visiting my friend.

Whoa. She looks awesome!
Love that she's got magic and melee!

And thanks again for helping keep curation alive! <3 - carrieallen

wow! thank you for the awesome support and your sweet reply Carrie : )