A Solid Week For Those On DEC

@manoldonchev 72
about 2 months ago
LeoFinance

Did you get your dirty hands on DEC?

Nah, not giving any advice or anything, I just want to share what I think me observed from me mast this past week of no sleepies. 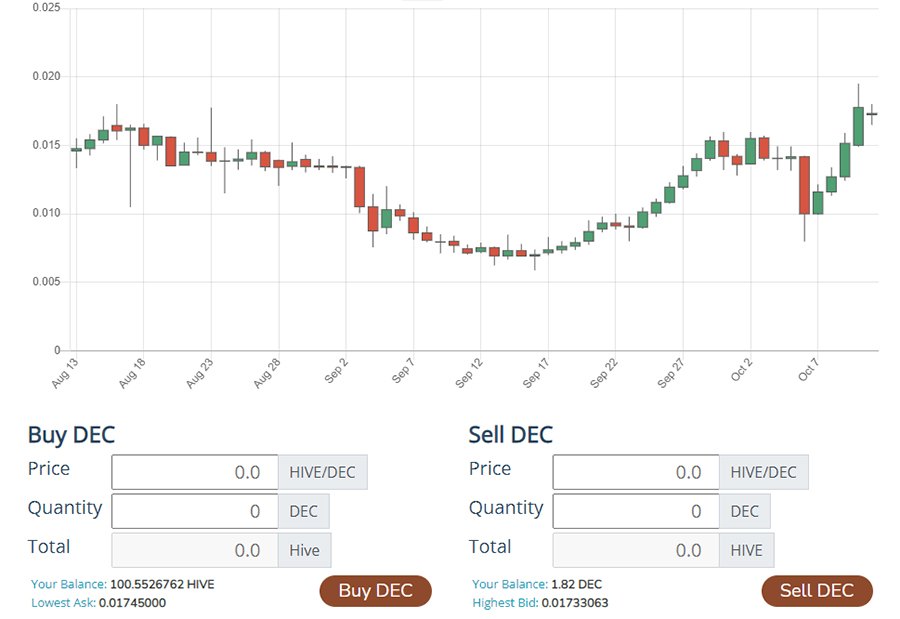 How do ya call that thingie here solid, ya askin me...I tell ya...

All right, this was going to be a Splinterstalk, of sorts, not a Piratestalk. Although, that might be a good idea, in general.

The downward curve in the middle...

It was actually during that Hive spike, you know. All secondary tokens went low in contrast to Hive itself back then but that did not mean they lost any value in terms of stablecoins, or USD, or any specific tether...or in pirate terms...anchor-like thingie.

Prior to that, the Slinterlands native token, the Dark Energy Crystals, had done quite well, steadily moving from the 0.75-ish to the 1.5-ish mark. I did have a particular interest in that since I had chosen to just...hodl DEC.

is where it was worth it in my opinion. Because of the SPS airdrop points you currently get rewarded fr it. So, claiming some yield while hodling an appreciating liquid asset fel good for a while, it did.

Then that slide down felt like a "I missed a moment there again, didn't I?". But that's oh, so often it doesn't matter anymore. Except when it does but still...I had something to hodl onto. The stable value, at that point. I was watching the markets, seeing that card prices in USD, etc. don't move as frantically as that spike made Fungible tokens move. Good to be Non-Fungible sometimes, I suppose.

When things calmed down in an expected fashion, DEC did recover quite well. Going beyond the point it was before the downwards move, actually. It's swinging with a vengeance. And if there's anything to be sad about, it's the fact that while I'm playing trader, I use small volumes and in the end...I learn a thing or two, I experience an emotion or two...But don't I look for more cheap DEC now.

Not very likely, in my oh-so-not-giving-any-financial-advice-just-sharing-it-opinion.

I was probably about to moan a bit on the steep voucher slope that shall make the Chaos Legion pack prerelease a non-event for me...but whatever. I shall remain a simple Crystalherd.

Hey @manoldonchev, here is a little bit of BEER from @pixresteemer for you. Enjoy it!