Welcome, Splinter people! I am pleased to present yet another fiery battle! 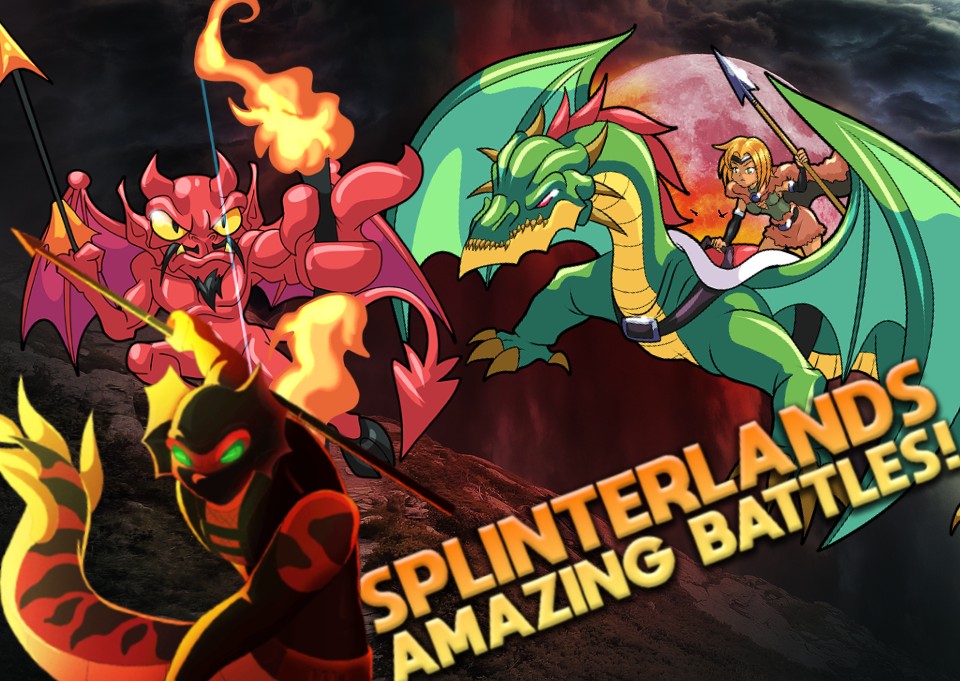 This episode's battle was ambushing Today's match caps at 16 Mana. The only splinters available are the Fire, Death and Dragon splinters.

My defense was made of Furious Chicken, Scorch Fiend, Creeping Ooze and Goblin Shaman.

In a match with available Mana as low as this one, I chose to use fake targets as my frontline, so my offensive monsters had time to deal damage.

Thanks to my Goblin Shaman and Creeping Ooze combination, I slowed the enemy team down enough to dodge several attacks.

Sure, I was a little lucky, but even if no attacks were missed, I'd still end up winning. I consider Goblin Shaman a part of my defense because he's very unprotected. His job, besides his usual stuff, is tanking hits in case all of Chicken, Scorch Fiend and Creeping Ooze end up dying.

After all, Serpentine Spy might have ended up taking blast damage instead earlier (in case my opponent got that far) if I had positioned him further in the back.

Serpentine Spy really dives into the enemy team, killing something off and splashing damage everywhere. Imp Bowman stomps down the front door, and it takes two to stop him. High speed is very important here, because I want to attack before their entire team does. Otherwise, their monsters get an extra chance to hit my own - I don't want that. I strike first, and I strike hard, so they end up on the floor before having the chance to hit me back.

Goblin Shaman is also a part of the offensive, though. If the enemy had armor, Goblin Shaman would pierce through it.

That's not as important when dealing with the enemy tank, but whoever's behind him would have to take up to two additional slaps of Blast damage before they're dead. Since I'm also using magic, I don't have to worry about that.

My support monster were Goblin Shaman and Creeping Ooze. They had so much impact on this battle without even touching the enemy team!

Of course, Goblin Shaman attacked twice, but even if he hadn't, his Weaken ability helps get more enemy Monsters slayed from Blast damage alone.

Slowing them down with the Slow ability from both of them was also super important.

Risky to play yodin in a low mana match, you did well to win, the other team played the mana cap perfectly but lost.

Thanks for the compliment ! :)

@underlock 69
about 1 month ago

@pizzabot 56
about 1 month ago
PIZZA!