Welcome, Splinter people! I am pleased to present another fabulous battle! 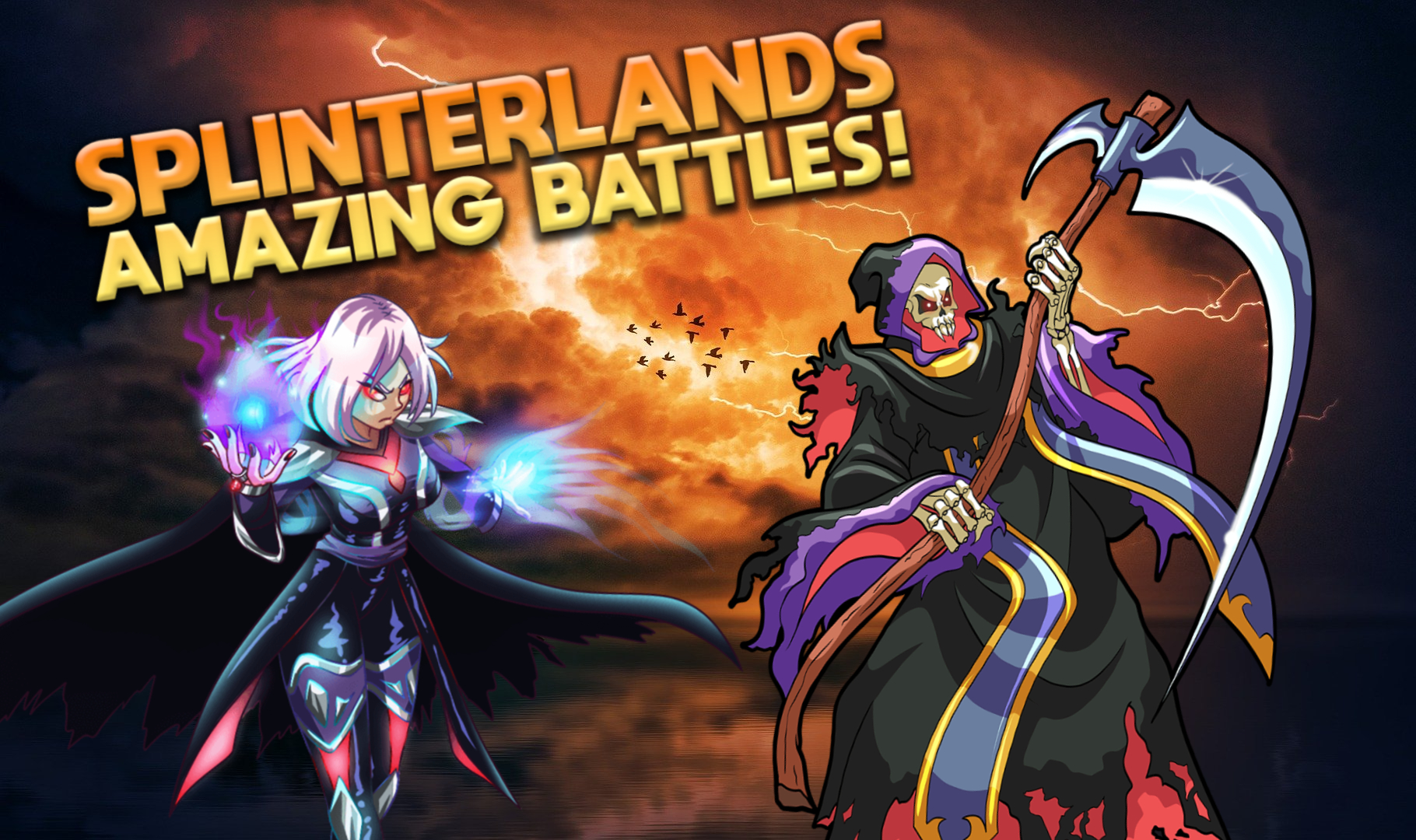 This episode's battle was darkening Today's match caps at 54 Mana. The only splinters available are the Earth, Life, Death and Dragon splinters.

My defense was made of Prismatic Energy, Cornealus and Phantom Soldier.

Prismatic Energy was my first line of defense. Its high health and Magic Reflect makes it a highly efficient frontliner. Prismatic Energy is arguably the best position 1 Monster in Keep Your Distance matches.

Together with Cornealus, it and Prismatic Energy defend for a long time. Phantom Soldier helps them tank because of its Silence ability, reducing what little incoming magic damage might be dealt from the opposing team. But what makes this defense truly wonderful is my Mimosa Nightshade summoner, which is amazing in Keep Your Distance battles. Diminishing Ranged damage and adding the Void ability to all my monsters mean the entire enemy composition is that much weaker.

Mimosa Nightshade also counters Bizantine Kitty completely, because Bizantine Kitty's main advantage is healing their frontliner, but they can't. All of their monsters enter the battle with the Affliction debuff, preventing incoming heals. You might notice Octopider occupies position 4. You wonder why it's even there at all. It doesn't bring any true offensive stats besides its 3 ranged damage.

Its Demorize ability doesn't do anything in this battle. However, Octopider has a lot of health, so placing it before Dhampir Staker and Grim Reaper allow it to deal damage but still stall. I wouldn't have picked it if didn't deal 3 damage, so it does still classify as a damage dealer.

Dhampir Stalker was really handy in this battle. It doesn't have a lot of health and doesn't bring any strategic advantage, but he's going to connect his strike no matter what.

That's exactly what I needed against Almo Cambio, a Monster that's meant to dodge as many attacks as possible. Dhampir Stalker ensured my team would never have too much of a problem against a single monster. Last comes Grim Reaper, dealing a fantastic 4 Ranged damage for as low as 6 Mana. Unfortunately, it couldn't attack many times, as it had the lowest health.

My opponent's Lira the Dark marked him as a target for her Opportunity ability. Grim Reaper did quite well for the time it was alive, so I get my Mana's worth.

My support monsters were non-existent. Mimosa Nightshade provided everything I needed in this battle, as expected of a well-chosen Legendary Summoner.

That was an interesting battle, Cornealus ended up being your Tank quite well. Nice Gold Foil battle!