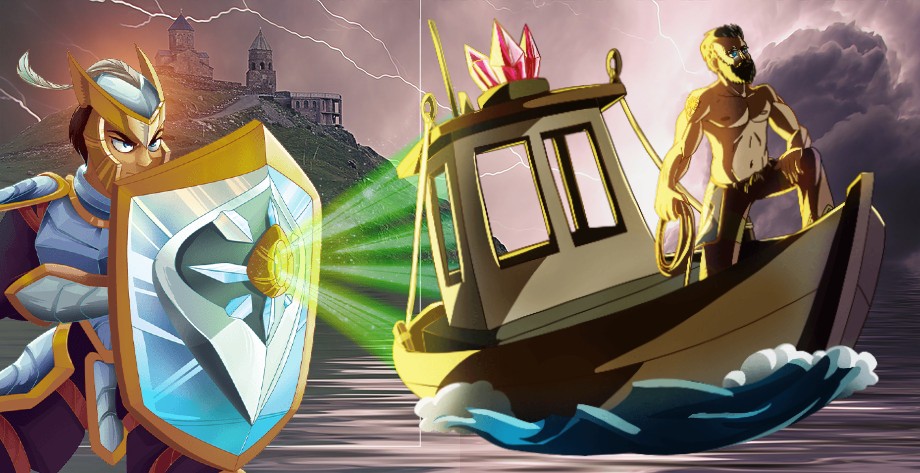 This episode's battle was shining

I think I do much, much better than average when I'm creating teams for low mana battles.

Whenever that mana cap is below 25, I tend to cause a lot of destruction. Learn from me in this 22 mana match I'm sharing today.

While creating my team, I thought I have to spend as much mana as I can on aggression.

Weirdly enough, low mana battles are almost always about breaking the opponent's shield instead of reinforcing your own. That's why Blinding Reflector held the line for me, costing only 3 mana, yet providing a lot of health and armor.

As a bonus, Blinding Reflector does 2 damage, which would help against Shield monsters.

Those qualities are really important in a low mana, Rise of the Commons match, because there won't be multiple big magic damage dealers to destroy my frontliner in only two shots. So, overall, efficient and cost-effective offense with slight defense synergy were the reason I was able to win this battle.

!1UP As esquivas do Lone Boatman foram incríveis. Ótimo conteúdo!

mary please don't take it personally , i don't want to be misunderstood but i think in this specific battle it was your opponents wrong pick that cause him the loss rather than the best combination of your monsters....plus he had 2 miss attacks in the back line ( not that the outcome would have been different)

of course the miss attacks is your achievement cause you dropped his speed against yours, but the most important factor is that your opponent came on battle with a terrible team and an attack power of 9 points while at the same time you were playing with 13 points...

anyway i'm not saying your team assemble was bad...it was a very good try and of course you deserved this victory...
i really enjoy watching battles and i do post some of my battles which i believe worth to be posted

much love my dear , and thank you very much for your support through time
keep well and happy battling

Such a shiny battle!! !PIZZA