Welcome, Splinter fanatics... Today I bring you a Modern tournament battle you should study so you can get better at playing to earn! 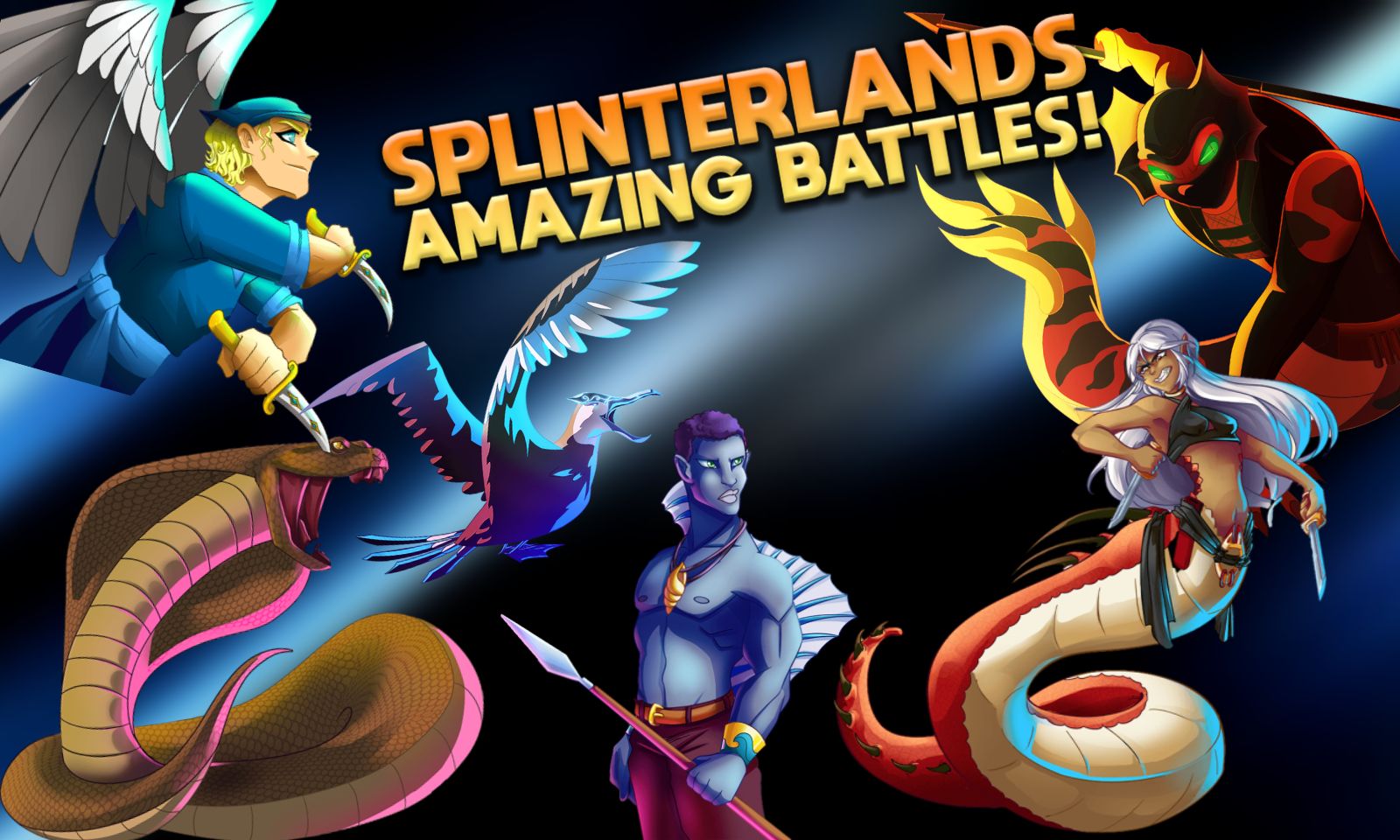 Silenced Summoner and Counterspell (Magic Reflect). The best option in Silenced Summoner is to pick the Dragon element, so you have more monsters to choose from and with three mana cost summoner. 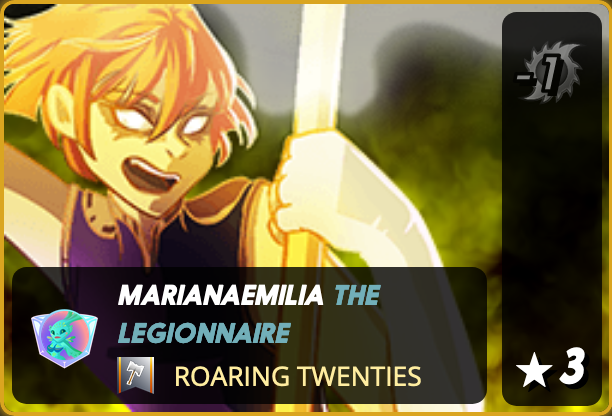 In Modern format, Camila Sungazer was the only option that matches this criterion! 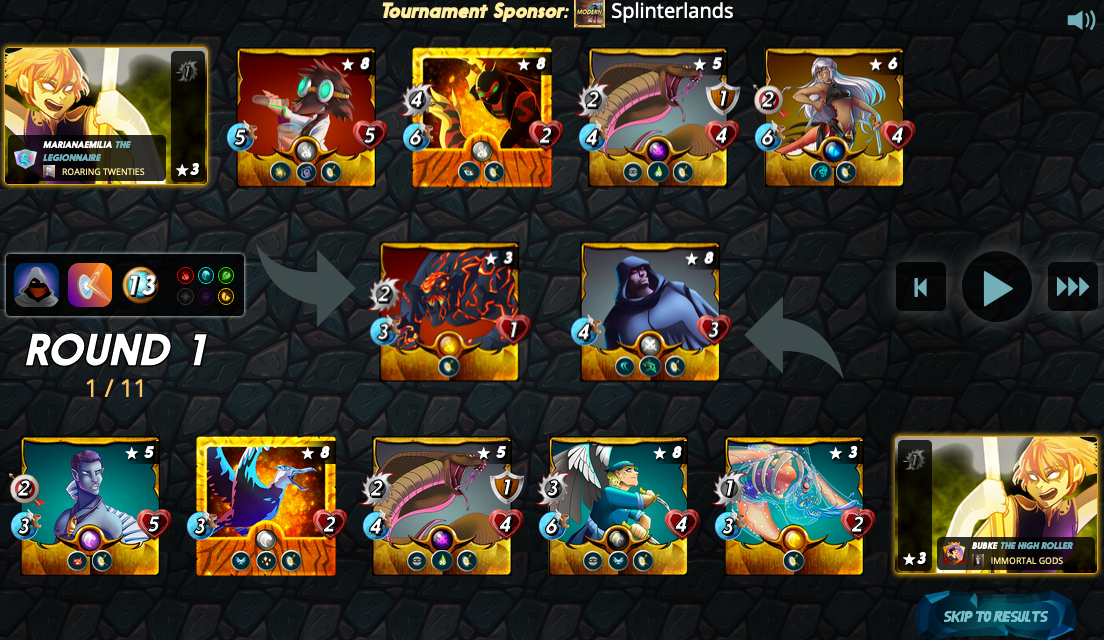 In really low mana (12-13) battles, we usually prioritize numbers because every extra attack or damage to absorb makes a big difference!

Therefore you want to avoid picking monsters that cost 4 mana or more. Although, there are exceptions, like Llama + Flesh Golem strategy.

As you can see, my opponent and I picked monsters between 0 to 3 mana and Uraeus + Fiend.

Monsters with Poison ability, such as Uraeus/Dr. Blight gains more relevancy because they have the potential to cause 4 damage (or more, depending on its attack power) in a single round, allowing him to kill monsters with armor + 2 HP or less. 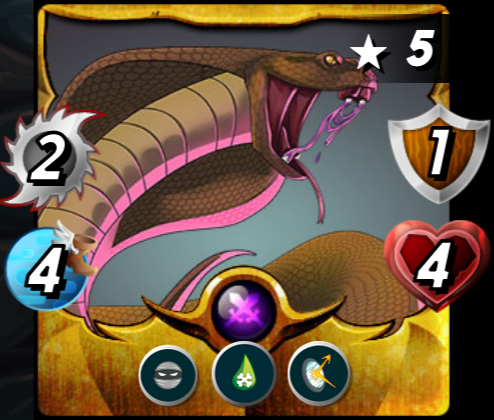 My monsters in positions 1 and 2 are cannon fodder to gain time for my backline to do the damage.

However, Scavo Chemist (Position 2) was crucial in this battle to help me achieve victory.

His Slow ability gave me the edge to strike first. Besides, he has a decent amount of HP to absorb the damage for a round or two. 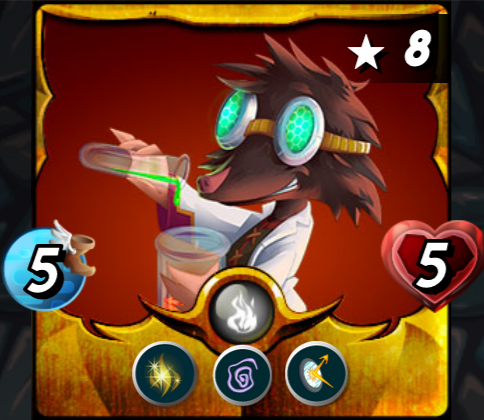 The first round was very concerning since Chaos Agent dodged the attacks of Serpentine Spy and Scorch Fiend.

On the other hand, Uraeus poisoned Igor Darkspear in the first attack, and Naga Assassin dodged Uraeus's attack activating her backfire ability (another impact of Scavo Chemist's slow ability). 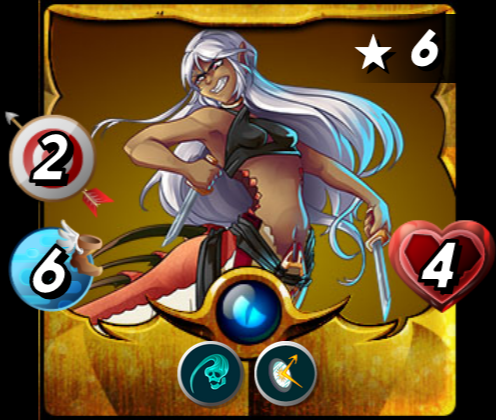 Notice that Uraeus was in the 4th position due to his 1 armor point, allowing him to absorb an extra attack that Serpentine Spy wouldn’t be able to! Always think about these details while you pick your team!

At the beginning of the round, 4 things were very tight!

Unfortunately, my Uraeus was poisoned and died at the end of 3, remaining only Serpentine Spy and Scavo Chemist alive! However, Serpentine Spy killed Pelacor Bandit immediately, sealing this battle's outcome! 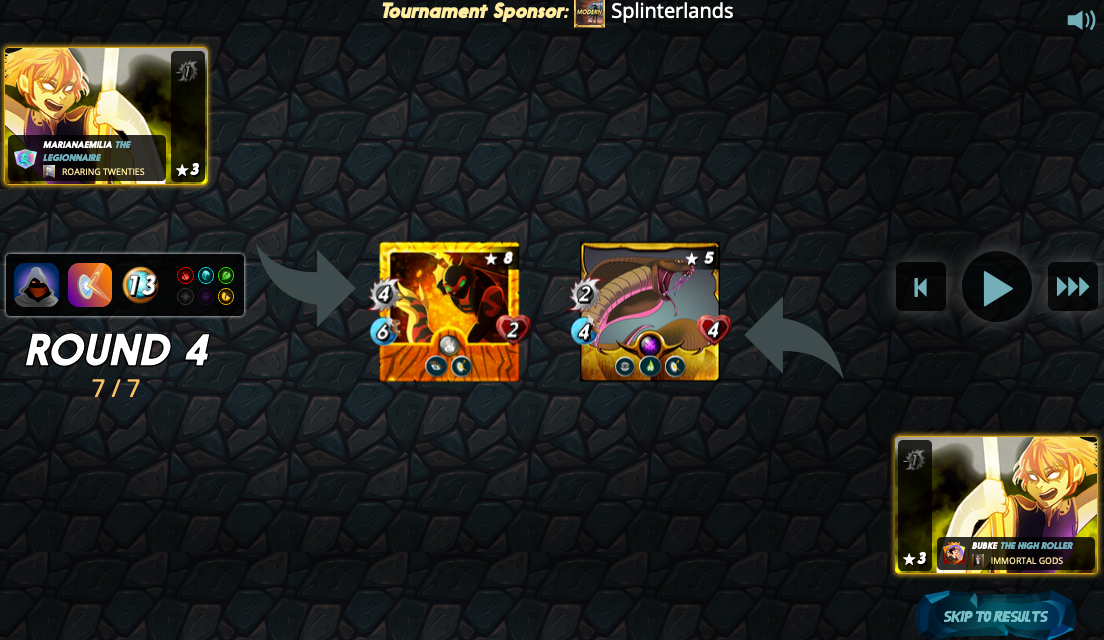 Speed was the crucial factor in this battle.

The victory was decided in a 1x1 (Serpentine Spy x Uraeus).

Whoever strikes first would win.

”Speed is the essence of war. Take advantage of the enemy’s unpreparedness; travel by unexpected routes and strike him where he has taken no precautions”. – Sun Tzu

Yes, Indeed, with 6 speed and four damage, that snake's fate is sealed.

Wow! I love Splinterlands! I'm a newbie, I mean, I haven't even played it, but these battles have me spellbound, success in your fight!