@marianaemilia 74
about 1 month ago
Hive Gaming

Welcome! I am pleased to present yet another fiery battle! 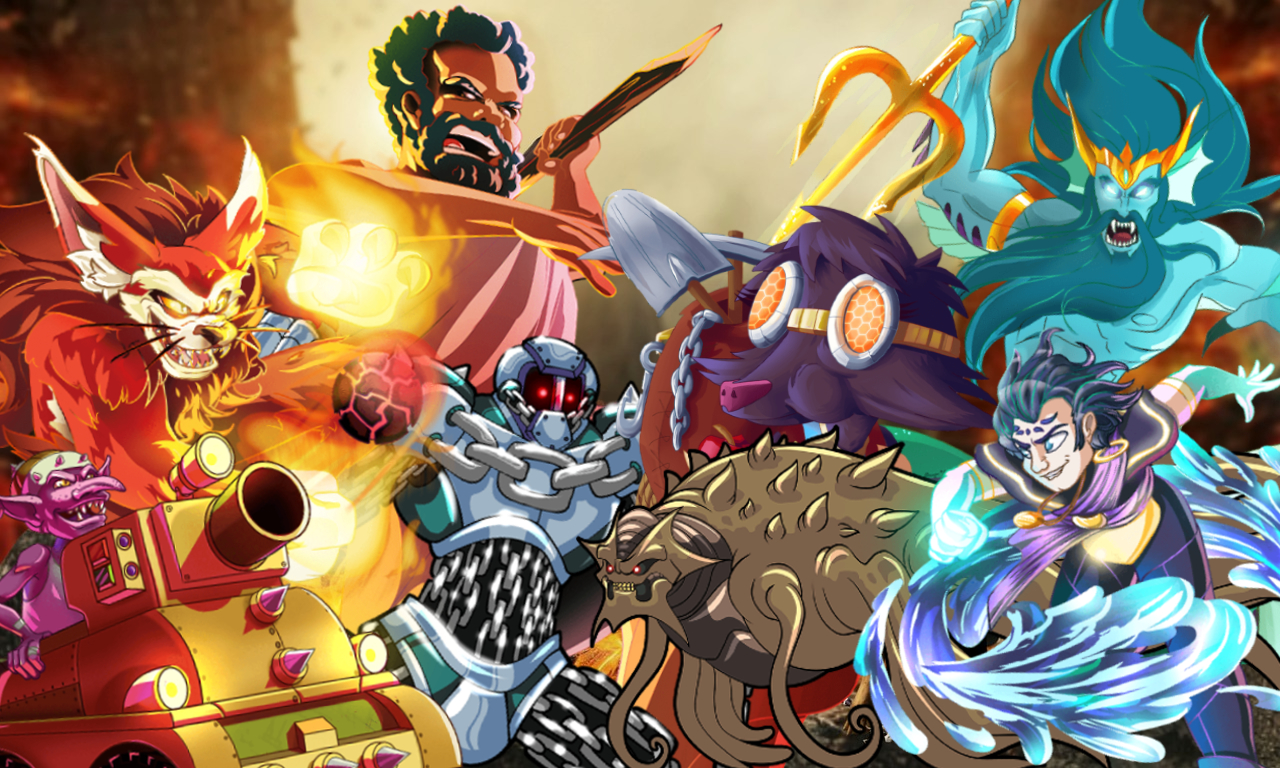 This episode's battle was sympathetic Today's match caps at 60 mana. All splinters are available except for the Death splinter.

Extra rules were Briar Patch and Lost Magic. In Briar Patch, all Monsters have the Thorns ability.

In Lost Magic, Monsters with Magic attack may not be used in battles.

My defense was made of The Kraken, Wave Brood and Cornealus.

In such a high Mana match where neither player can use magic Monsters, it's a lot easier to focus countering the available high mana strategies instead of synergizing my team's attacks.

Because of Briar Patch, hardly any frail melee Monsters should be used. This means Ranged physical damage is the norm. Using The Kraken as my first line of defense puts up a gigantic meatball that also moves quickly.

Increasing my enemies' chance of missing attacks, which also works well while paired with Lir Deepswimmer's Blind debuff on the opposing team.

It all works great until The Kraken turns into shreds along with Wave Brood. It's a Yodin Zaku after all.

Splash damage from Sand Worm in particular were devastating. Luckily, Cornealus held the line until the end. Spoiler: it ended up in a draw. My offense consisted of The Kraken, Cornealus and Poseidon.

What my team lacked in damage, Return Fire would compensate. I slowly killed Magnor, thanks to the Kraken and Poseidon's huge damage attacks.

Perhaps things would have turned out better if I had used yet another damage dealer instead of Merdaali Guardian.

My support monsters were Scavo Hireling and Merdaali Guardian.

Unfortunately, the enemy's Sand Worm didn't die as quickly as I hoped it would, but my armored repair and heals stood the test of aggression.

This match was really even, proven as we watch the last Monster of each team, Cornealus, slowly wither down as fatigue is too much for them to handle. @splinterboost 59
about 1 month ago
This post has been given a 15.0% UpVote by the SplinterBoost Community Curation Bot.

@hivebuzz 73
about 1 month ago

@rocinanteprimo, sorry! You need more $LUV to use this command.

For a moment it seems that "Return Fire" put the balance on your side for the victory but definitely that Sand Worm brought things to a draw due to fatigue. Incredible battle!

just read the post sweatheart....may i comment the battle?...hope you don't mind reading my comments, i know that some times i'm not that kind...anyway
the battle was pretty good but let me tell you , you were very lucky
of course you can say it was not luck, it was your choice to play this way and i will accept it

you played defense...ok i understand that...sometimes defense works
but you were extremely back from your opponent speaking attack power
you invest in defense.. and Mr Lir's blinded effect!
and this is what i believe saved you from a certain defeat and gave you the draw
all the game was the miss attack from Cornealus in first round my dear and then the miss attack from Magnor
yes it might sound silly but if you look carefully this was the key factor for you to survive this battle
you credited these critical miss attacks and you survived ....otherwise you would have lost big time
so my comment about the fight is ...compliments to Mr LIR DEEPSWIMMER