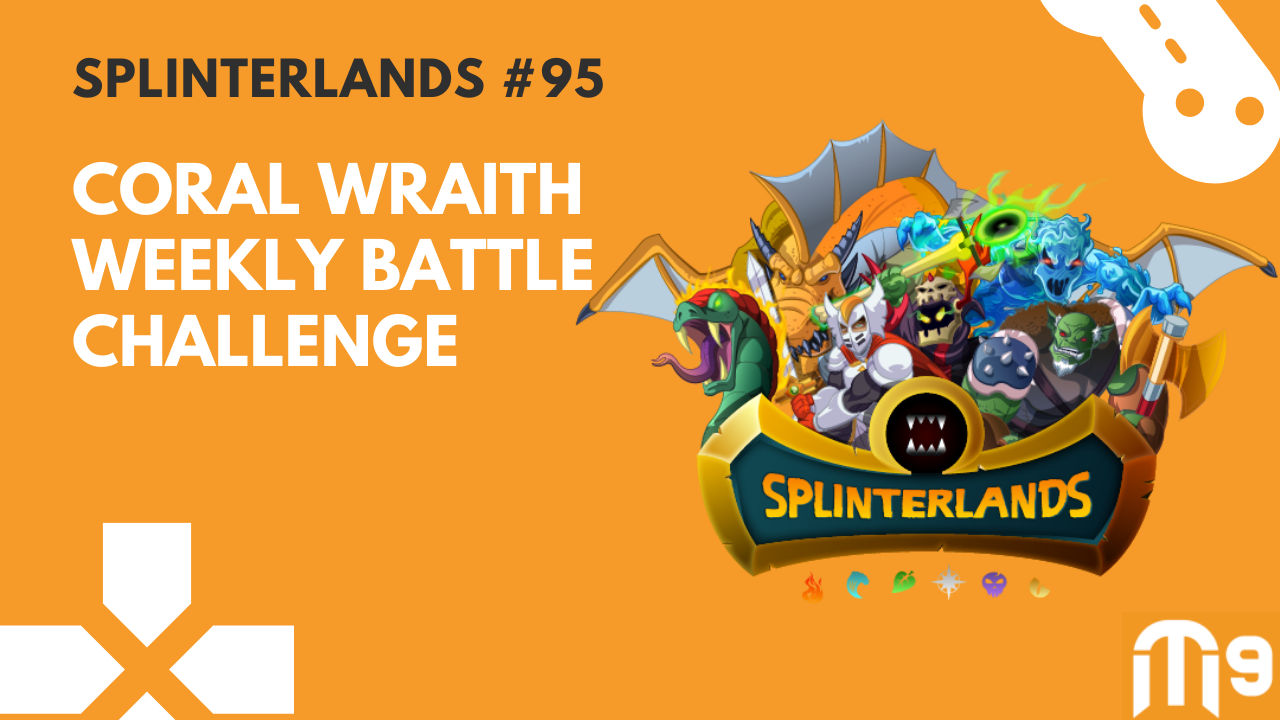 This week's battle challenge focuses on the Coral Wraith:

Also known as Warlocks of the Ocean, Coral Wraiths are the dark and frightening sorcerers of the deep. Stories say that they were once air breathers who grew tired of life on land. Through a magical alliance with the Mer Dark, they gave up their lives above the water forever. 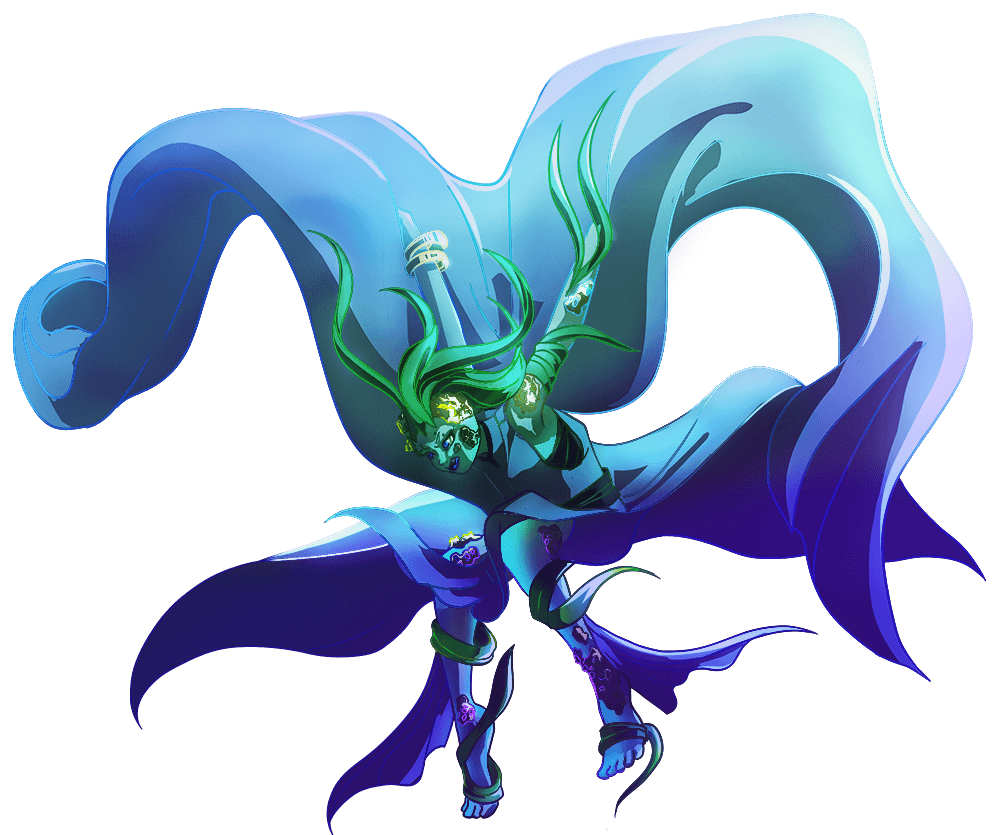 An Untamed edition epic rarity monster from the Water Splinter at level 5:

In traditional RPGs, Warlocks are known for their magic damage per second (DPS) or the number of hexes or buffs they apply. It's fair to say that the Coral Wraith falls into the DPS category at the lower levels. Doing a respectable 2 magic damage but paired with the Water Splinter Summoners (Bortus or Alric Stormbringer), it can be buffed to do more damage. Where I see it starts to add real value is the hex it applies at higher levels where it reduces the armour of all enemy monsters with the Rust ability. 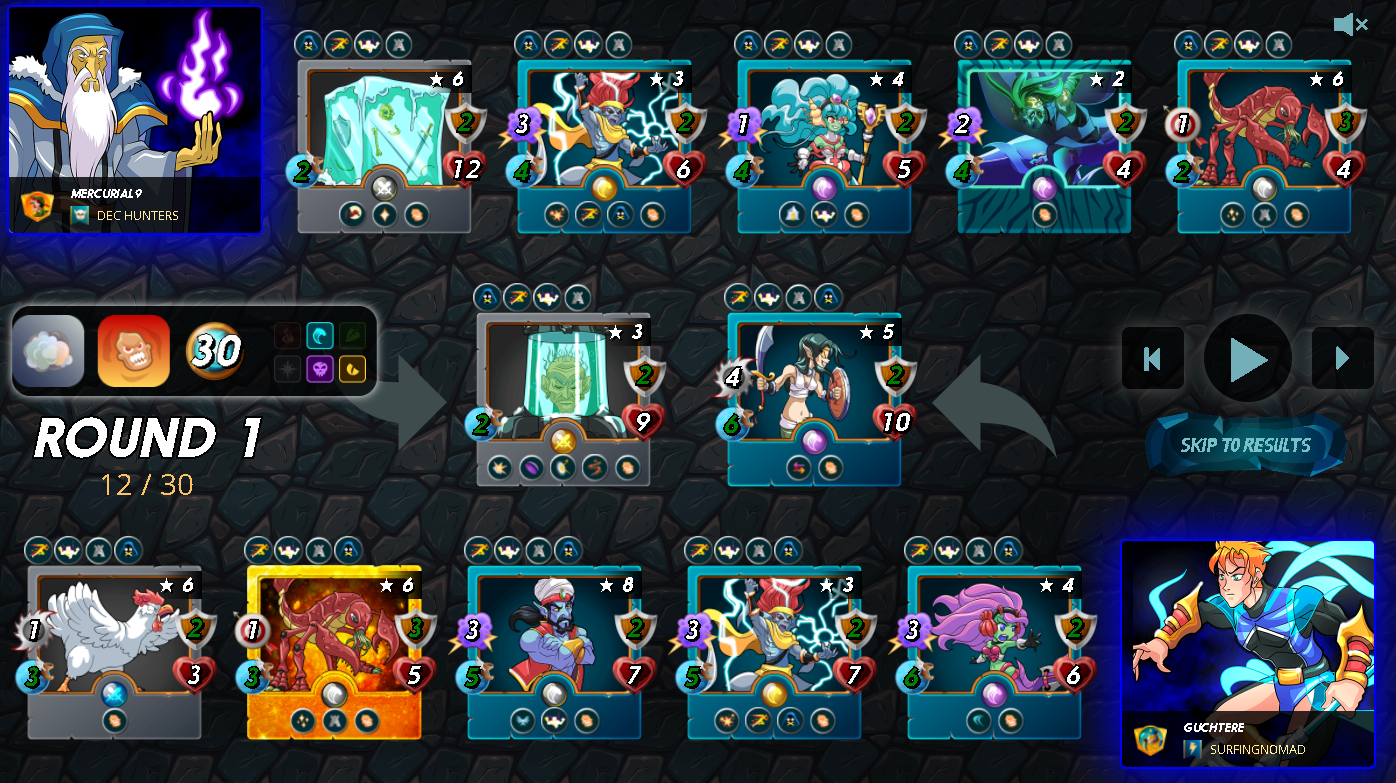 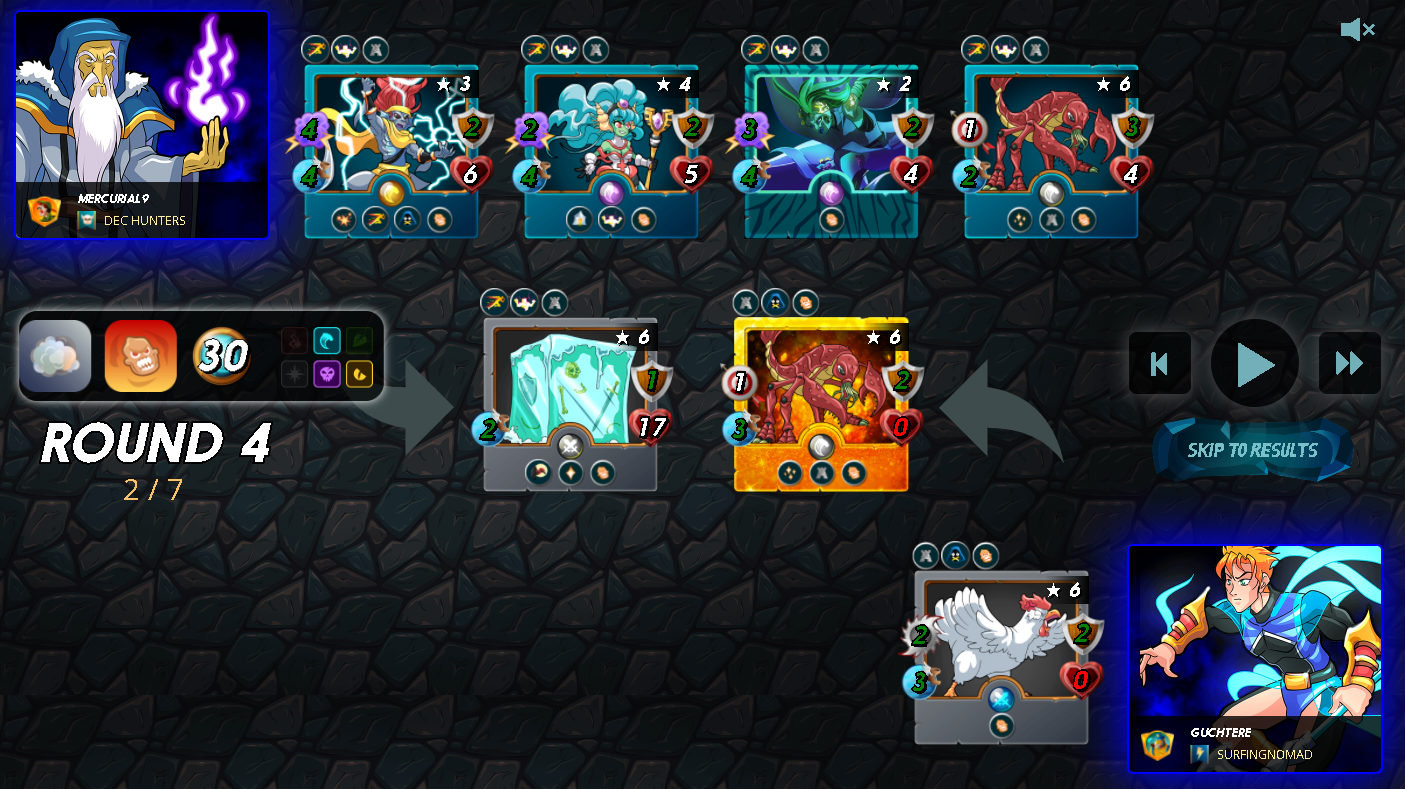 Going into this battle, I thought I stood no chance. Let's evaluate the opposition; Valnamor legendary summoner that costs $600 for a level 3 card, 1 x legendary monster (Ruler of the Seas) and 2 x epic monsters (Naga Warrior and Mischievous Mermaid). This is a tough order for any team to come up against. The critical difference between the two strategies was that I went with 2 passive tanks and relied on my backline to deal with the majority of the damage. The opposition opted for no passive tanks and opted for melee damage upfront and lots of magic damage in the backline. How did the Coral Wraith fair? Very well, landed a few killing blows on the enemy's monsters, and in a few rounds, the victory had been sealed. Combining Ruler of the Sea and Coral Wraith with the Beta Summoner allows the magic damage to stack up to 7, with the Mermaid Healer also chipping in but allowing her to focus on her team buffs.

Do you like the Coral Wraith? Why or why not?

I want more Coral Wraith, that's for sure, but it's damn expensive! It will cost me another $15 to get it to level 4, which is the level that unlocks the Rust ability. Looking at the usage stats, it's a well-liked card with a decent win rate %. As always with these posts, I always like to ask myself if there are alternatives to the monster. A magic monster with Sneak ability is unique. Only Goblin Sorcerer and Shin-Lo are the other two magic monsters that have the sneak ability. How do they match up in price to the Coral Wraith? Well, I won't bother with Shin-Lo as it's one of the rarest cards in splinterlands. Goblin Sorcerer is not a bad alternative, but the Coral Wraith's Rust ability still a much higher draw factor for me.

wow that was a cool battle. you just slayed