Off topic for The International 10

@mikeclarkp7 39
about 2 months ago
Splinterlands 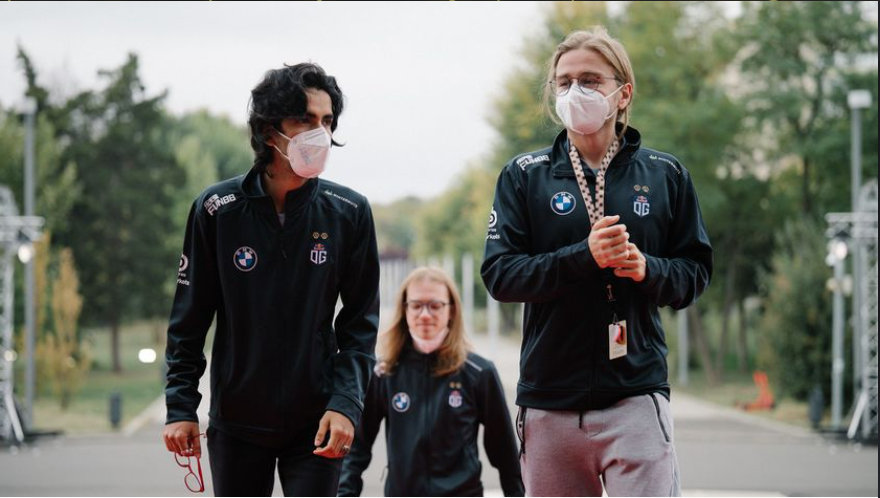 The rising CIS threat, Team Spirit swept through OG 2:0, putting an end to the double TI championship team's dreams for a three-peat.

The International is a time when dreams are realized for some and hopes are crushed for others. For every winner, there is a loser and most times all eyes and attention tend to gaze towards the championship trajectory.

The first elimination series of the day between OG and Team Spirit is one that will resonate through the masses, touching on both the excitement and hype of the winning team —in this case, Team Spirit, and the heartbreak of the loss for OG.

In the last ten years of Dota 2, no other team has achieved or accomplished what OG has. Beginning with their formation of the starting roots in 2015, they racked up the accolades and titles. Most recently, their two-time, back-to-back, The International championship story was historical. It was stunning, it was filled with the hopes and victories of overcoming adversity, challenges, and obstacles in order to reach the highest of achievements.

This year was no different. Of all the mental wars they overcame, the latest was the prospect of losing Ceb for the event as he had to undergo an emergency eye surgery. A threat which was narrowly averted in the midnight hour.

Their presence in the group stage once again showed their grit, the moxy they had to keep fighting and turn everything on their heads. Easy wins were not so easy against these titans. And although they started the playoff stage in the upper brackets, they quickly fell to the lower brackets, a position that they had not yet experienced, few doubted their ability to rise under the pressure and shine just as bright.

Read more in the team profile piece TI10 OG: here we go again HERE
But that is only part of this story.

The other side belongs to the winners. To the team that has been rising through the ranks and continues to grow and flourish as the tournament progresses. A new generation of players is taking over.

Team Spirit has been nothing short of spectacular. This team of mostly youngsters played with unbelievable composure and presence of mind. The experienced captain Yaroslav "Miposhka" Naidenov knows what to draft and how to corral the players, making the most of the sheer raw talent the squad is filled with.

Read more in the team profile TI10 Team Spirit: The new generation is taking over HERE.

The first match of the series saw Team Spirit taking the kills while OG was taking the objectives. With constant pressure being applied to them, and a seemingly indestructible Tiny, Team Spirit looked to be on the back foot for the first half of the game. That is until they weren't.

The plays coming out of Magomed "Collapse" Khalilo were absolutely thrilling. When Jenkins had said on the panel "Horn toss Magnus is a better Pudge" Team Spirit took it literally and ran with it. Time and time again Collapse played out of his mind and found ways to kite Tiny despite his monstrous damage output. https://twitter.com/i/status/1448924068267298816

In the second game, OG allowed for Collapse to take Magnus again while they took Tiny again and Invoker. Team Spirit came out of the gates swinging off their high from the last win and took a strong laning phase and start. It was 7:0 before OG got their first kill on the board. Team Spirit was constantly right on top of the ball and once again Collapse was a monster on Magnus.

OG seemed to be affected by the onslaught of aggression that they just couldn't manage and in a 2:0 sweep were eliminated from the chance of earning a third Aegis. They will go home with a 7-8th place finish and $1,400,600 in their pockets.

Congratulations @mikeclarkp7! You have completed the following achievement on the Hive blockchain and have been rewarded with new badge(s) :