Having fun in 60days, what about buying a basic Death deck? plus more 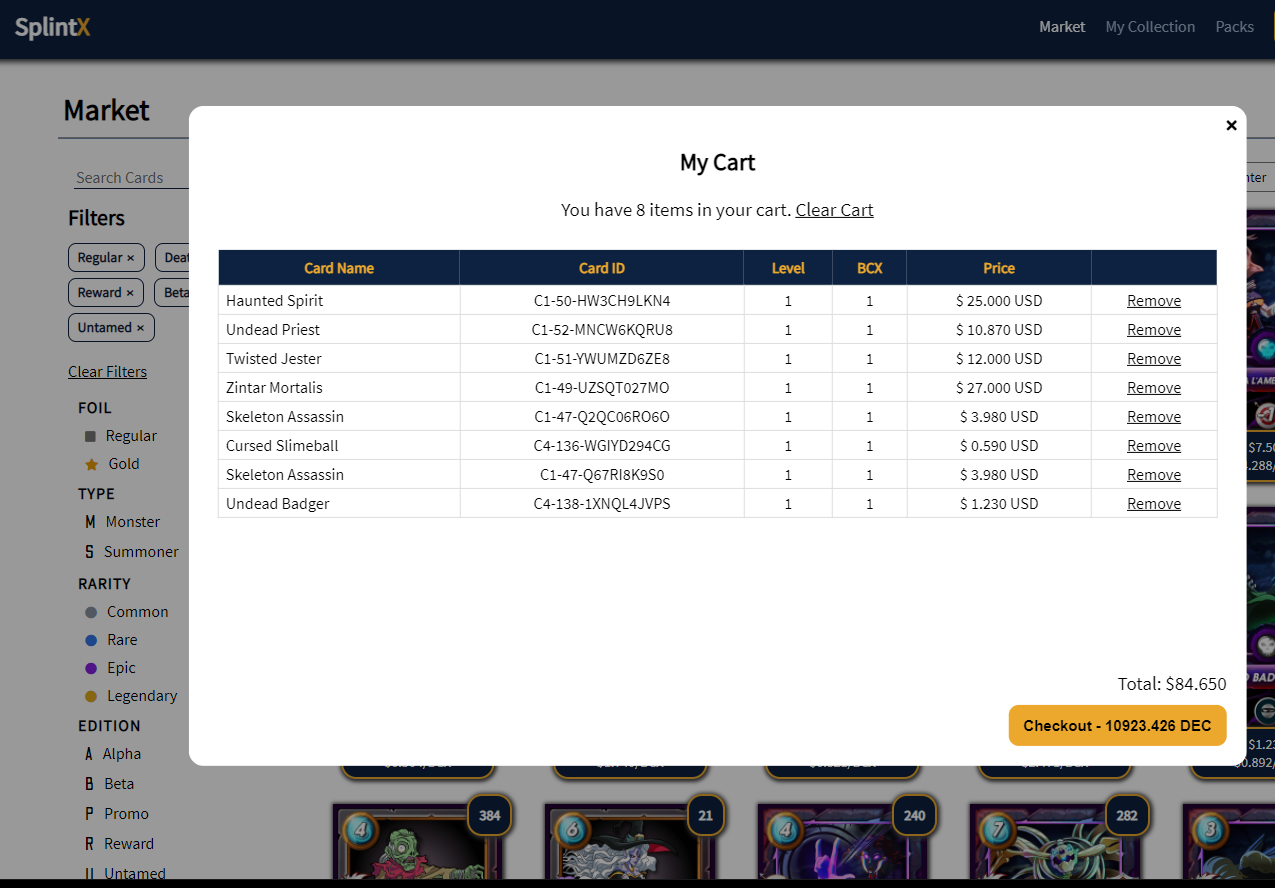 Since I returned to @splinterlands, all starting from the beginning. But some basic mechanism for the low-ranking games are remain the same. I have been thinking "how much it costs for 1 standard deck?" I did some calculation via @SplintX.

So for the basic "Death" element, with summoner included, it costs $84.65/10924 DEC. For the very picky choices of that, it's the basic input has to be. Comparing others Play2earn games, it's not really that hard to get involve. With the very rich history and developments announced from the pass to the futures, this will payout.

For the crypto world I knew, it might be a little bit long. However, if you're enjoying the games, it's much more imagination I can think of.

Usually, I paid for great game, but crypto world, while I am having fun, I also get payout.

I can showoff my battle via splintertalk.io to gain #SPT, post my investment strategy via LEOFINANCE.io, just a snapshot via dbuzz.io. With cross-platform rewards, that's way beyond my 1st imagination for just a game.