Becoming an NFT collector on Splinterlands 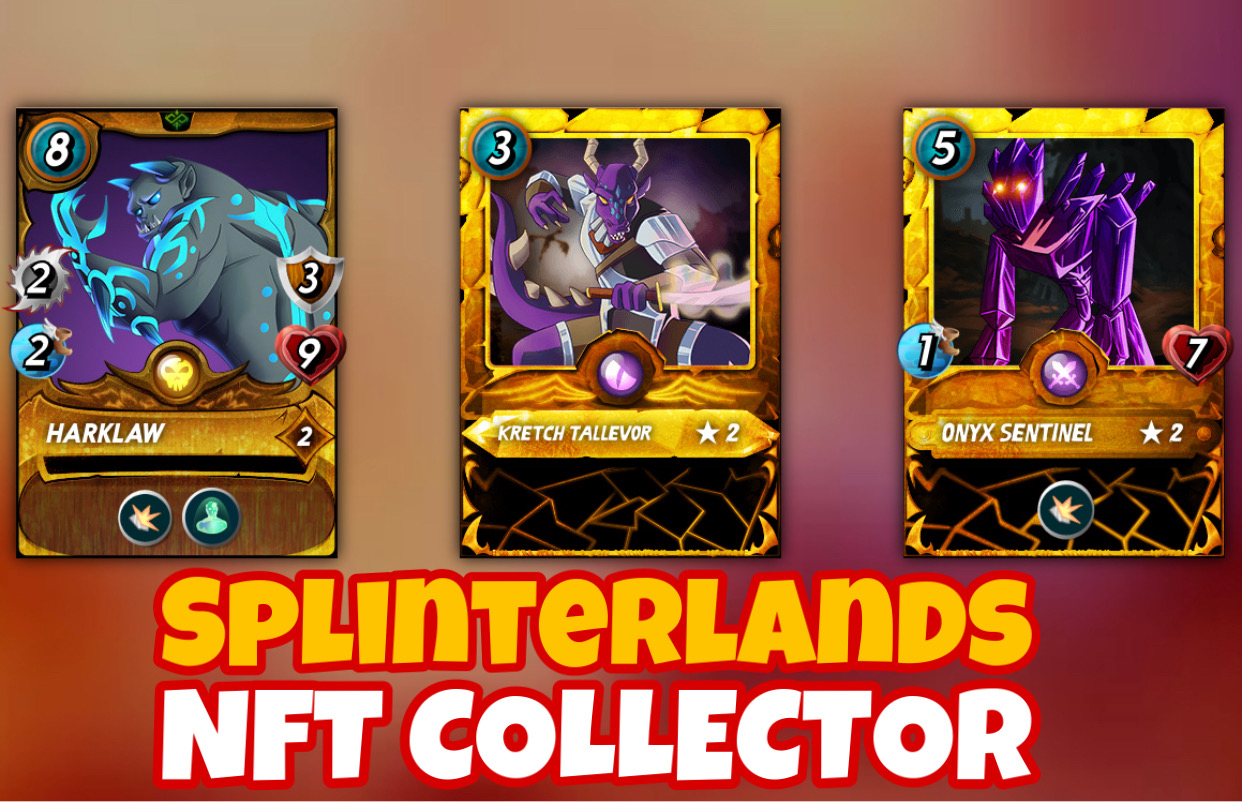 I’m changing my entire Splinterlands strategy. I came across a post I wrote last year, I was speculating on some legendary gold foils and almost all my speculations came to pass.

I’ve recognized this thing as a huge opportunity I can explore, hence, I’m changing my strategy from being a daily Splinterlands gamer to becoming a Splinterlands legendary gold foil collector.

It is no news that my gaming days have taken a hiatus, for some reason the level of concentration I put in playing the game has reduced drastically and it affects my game plays.

I get beaten a lot even at the bronze level, but I won’t fight it, it feels like I’m being called to pay attention to other ventures within the game by the gods of the Splinterverse and who am I not to answer.

So let’s get into it. Last year I wrote this post speculating particularly on the legendary gold foil Dark Haon. At the time of writing that post, the card cost $68 but I said I wasn’t going to sell it for anything less than $1k. At some point I even thought it was going to be a card I’ll hodl for life!

A couple of weeks ago, I placed my gold foil Dark Ha'on card on the Splinterlands market for $400, do you think it was over priced? Given that there are only 4 in the market, 63 in circulation and the cheapest goes for $68, followed by $72 and $89 respectively, well, as far as im concerned, thats their personal business, I'm increasing the price of my card to $1000 immediately, yep you read that right.
link to post

So how about, I do my findings and replicate this several times over, understanding the market dynamics and things I saw that made me hold on to the Legendary gold Dark Haon till it became what I’d envisioned it would?

In that post, I was really going to sell it for $400 but I said no, $400 is too underpriced, knowing what the card offers, so I put it on sale for $1k, lol ofcourse nobody touched it, it seemed too pricey, and now the cheapest on the market is $1200.

Very interesting isn’t it. What’s even more interesting is that even with the influx of new cards from the Chaos Legion, the Dark Haon still stands out, it is one of the most equipped monsters in the entire game and everyone likes Death Splinter, I have not seen one person who doesn’t like death Splinter.

😫😫😫If I had $10k at the time, I would have bought $10k worth of legendary gold foil Dark Haon without thinking twice. Anyway, good thing is that it happened, now I have the opportunity to do it, ten times over, right? Right??? Right! On the condition that I sell my LGF Dark Haon.

So as much as I’d hate to, I’m listing my Legendary gold foil Dark Haon on the market for $1900. It just seems like the smart thing to do. Split the funds in half, spread the first half over under priced select legendary gold foils and the other half in HBD stables, then wait.

Whether or not the card gets bought at that price, my long term goal is to start collecting underpriced legendary gold foil cards, I might just be good at it. What do you think about my new strategy? If it gets sold I’ll be happy to achieve my plans quicker, if not, I’ll be happy to hold it still. Let the gods of Splinterverse decide. 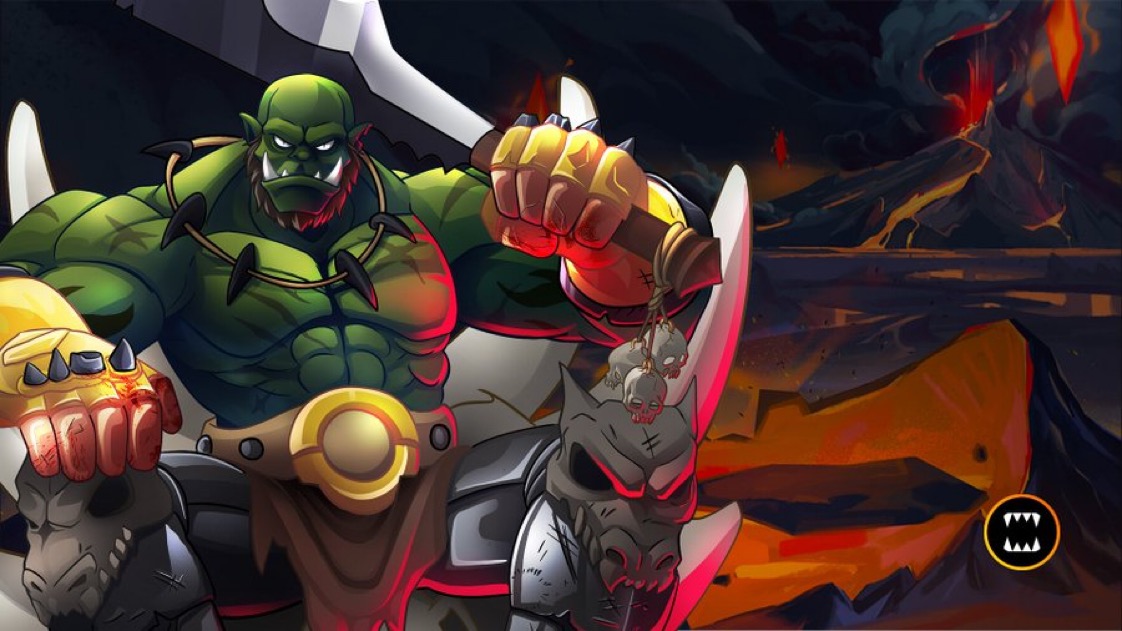 By the way, I’m adding Splinterlands NFT collector to my CV. Beat that 😎

Hey there! One of of your older posts got nominated to my latest upvote giveaway but I can see it already got some attention from other curators so instead, I am supporting this post of yours :) Keep up the good work and good luck in the NFT arena :)

Thank you. I’ll love to know which post though, but if it’s a hassle to pull it out then don’t bother, thanks again.

Cool NFT, So Hodling does pay off huh.. hehe

With the deflationary qualities of the cards, holding certainly does pay off.

Very interesting strategy. I joined after the run up in prices, so it's good to see long-timer that believes there is additional upside. Hopefully, not everyone runs with your idea or the prices may get too pricey too quick!

Lol don’t worry about that, there are still about 5 million packs left to be bought from the splinterlands inner market, so we can expect more cards to drop their prices as sellers out sell themselves.

Good strategy bro, you can hardly go wrong with gold foil legenday card. And generally the cards are at a give away price at the moment, a good time to shop!

I even think the prices might even still get cheaper, I’ll wait till almost all the CL packs are sold before I start buying.

For sure that must be a great feeling! While I think the current legendaries might not see this big of a growth in value (there will just be so many of them), it might still happen, mainly due to the release of land and the potential it will bring.

I am excited to pick up some of the GFLs on the market if I'm able to liquidate some of my cards - or if I decide to invest some fiat. I also wouldn't mind getting a GFL airdrop here and there😂

this big of a growth in value (there will just be so many of them), it might still happen,

Oh I’m certain of it, however, it is also dependent on the utility of the card in particular. That’s where skill and foresight come in....

Lol I got a legendary card for the last airdrop after purchasing only 45 packs, it was a big surprise because I didn’t even think I had enough packs to qualify me. So you know, you might just get your gold foil legendary

good strategy, but what do you think in which edition it is most worthwhile to buy and hodl the legendary gold foil cards?

In the long time perspective i guess the CL gold foil cards have the biggst potential as they are still "cheap" and will be printed way less than the newer reward legendary cards.

E.g. i love void dragon or adelade brightwing which "only" cost around 100$ these days. Probably prices of these golf foil cards will be >500$ pretty quick after all packs are sold out.
The newer reward cards are at least just as good as the CL legendaries, but the supply is 5-10times higher conluding a lower potential in price development... However, regarding oshannus the card is sooo good, I can hardly imagine any limits on the price development..

Also, don’t forget the deflationary economics of the cards, and also remember that there are a ton more players than ever, the competition is pretty fierce.

CL gold foils have the most potential to increase in price, so I’ll definitely go for the legendary gold foils.

Totally agree, you can now almost buy one splinter in gold foil to silver level for the price of 100 packs (100$), I'll take the gold

Presently, I have three legendary gold foil from opening my parks.. it will be nice using your strategy

Oh! If I can afford the same strategy, I would gladly do that. My budget only allows for regular legendary and I even disposed 250 SPS to purchase 4k collection power just to reach Silver III.

I still remember that. I actually shared it on Reddit at that time because I could not understand how a “simple card” like Dark Ha’On could be that expensive and yet the holder does not want to dispose it. Of course, at that time, I still did not understand what an NFT is.

My budget only allows for regular legendary

Yeah I might have to change my strategy if I can’t pull in the capital, I’ll probably just go for regular gold foils.

I still remember that. I actually shared it on Reddit at that time because I could not understand how a “simple card” like Dark Ha’On could be that expensive and yet the holder does not want to dispose it

Hehe I’m glad you remember, I’m compelled to hold for even longer but I need the capital. I just wrote a post with updated plans.

Thanks for your engagement 💪🏻🙏