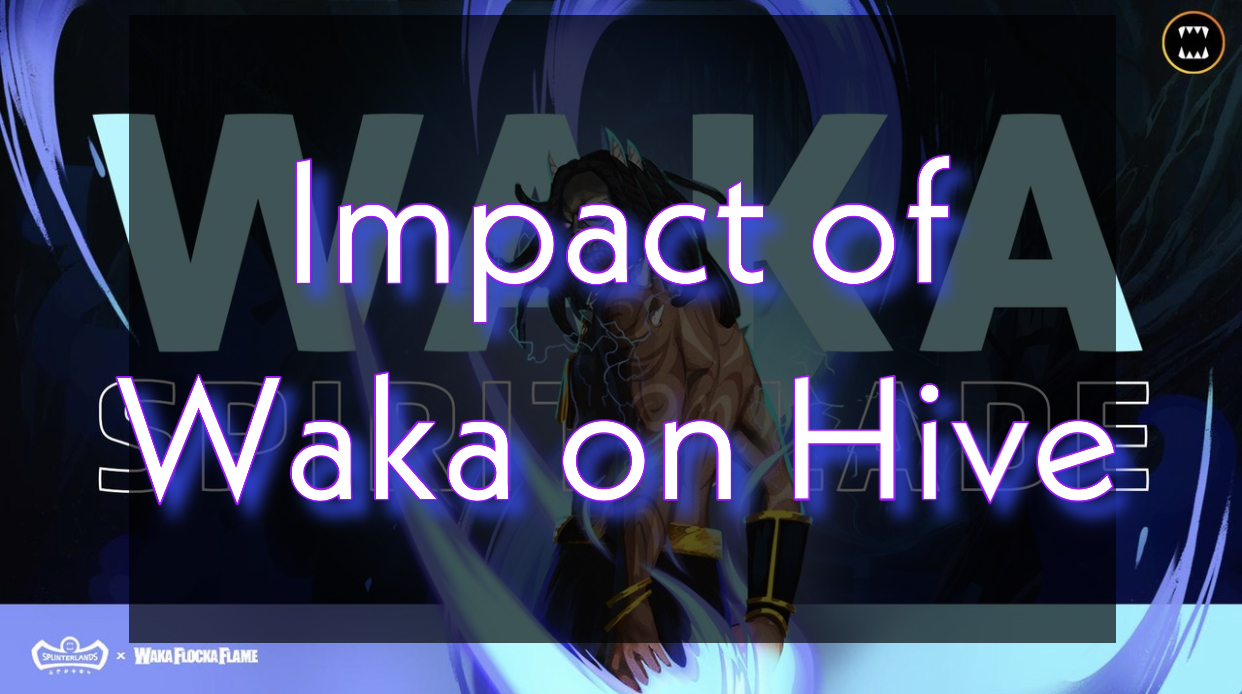 For those who don’t know, what the poison ability in a Summoner does is that it gives every other 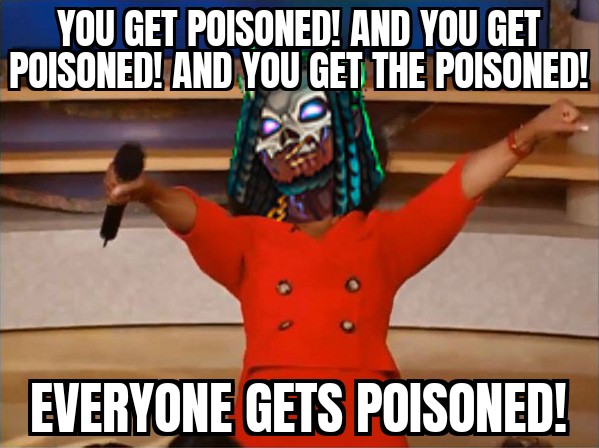 card on the line up an extra ability to poison after every hit. When an opponents card is (Source - @groentje) hit with poison, it has 50% chance of loosing its life.

For those who’ll like to know, a game consists of Red, Blue, Green, Yellow house, with each house having a captain, the captain gives the team mates extra abilities, every house captain owns unique abilities they are able to give each of the team mates. This is exactly the job of the summoners.

Back to the gist. So as a result of this partnership, Waka Flocka will, firstly, open an Hive account, I wish he’ll know the benefits of doing this, that his Hive account gives him access to all other dapps built on Hive, that his keys remain his for life and his account can never be taken away from him unlike we have on other gaming platforms.

But this is typical view of the type of future we are going into, most people don’t know what ICP or ISP is all they know is that their phones are browsing, they click and a page opens, they send messages and it gets delivered in real time, they click on a video and it plays.

So it is safe to assume Waka Flocka, like most players will go straight ahead to Splinterlands, load up on his Deck, buy up a ton of Legendary he has no idea about, buy up gold legendaries just because he can and who doesn’t like gold? Or let’s say, who doesn’t like shiny gold, with deflationary economics and tangible utility? Ayee I could go on and on. 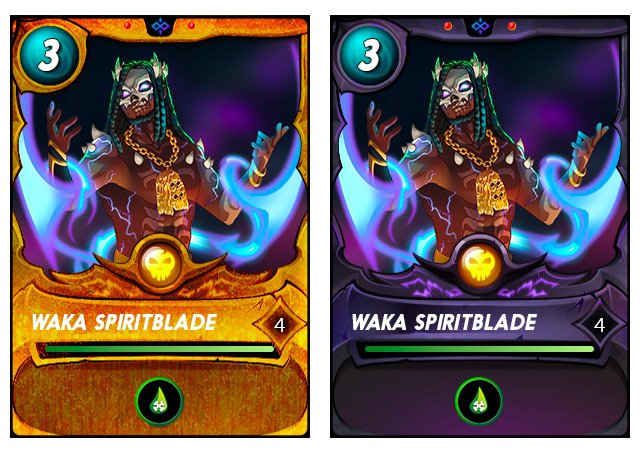 So, Waka Flocka plays his 10th game and gets his ass kicked 9 out of 10 times because the players his rank aren’t messing around, they’ll whoop your ass regardless of who you are, then he sits tight to not look like a fool, I mean it’s just a game right, it’s different when you don’t have the tools you need, you have every tool, yet you’re getting your ass kicked at a card game, in front of everyone(on twitch e.t.c), albeit a Super cool game like Splinterlands

So he pays more attention, enters the Splinterlands black hole, gets bitten by the Splinterlands bug, and starts to win battles. Then like most of us here, he won’t be able to stop yapping about it, he tells his friends, his fans, organize’s tournaments, gets more people signed up on Hive through Splinterlands

Then some of those people will at some point realize the benefits of having a Hive account. Eventually all will, and they will find themselves in different towns within the Hive city. In this moment, Splinterlands is the Burj Al Arab of Dubai in terms of tourist attraction and the second most used dapp in the world.

Splinterlands can have all my money. 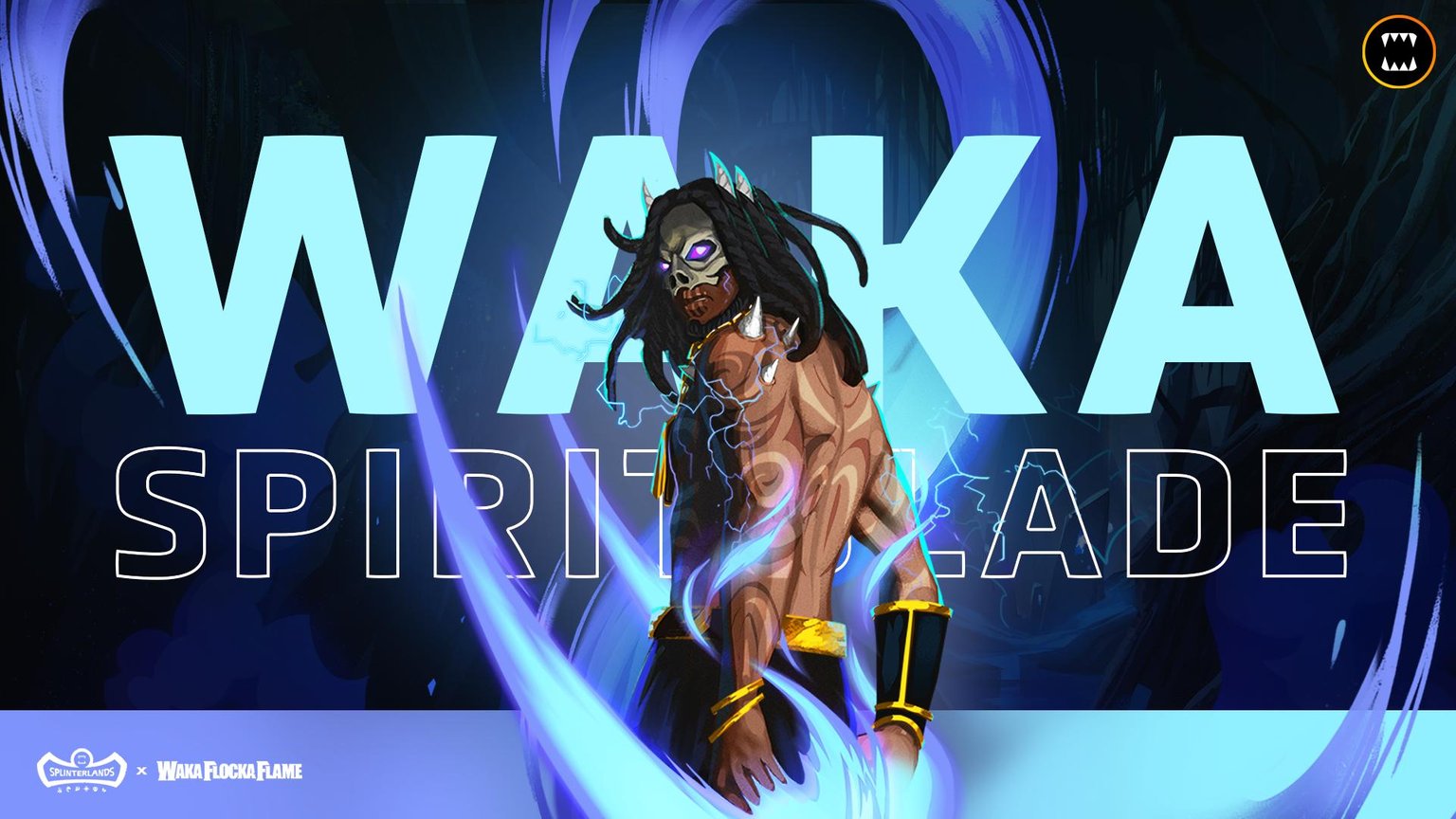 So obviously, it doesn’t end there, depending on the success of this particular partnership, we might see more artists begin to get onboard, imagine Soulja Boy who is even more loud mouthed on Twitter, or Snoop Dog, I heard someone paid hundreds of thousands of dollars to have plot beside snoop doggs Mansion on decentraland.

Splinterlands is simply saying come play game and have fun making money while kicking peoples ass and have total control of your assets and boom everyone that comes ends up with a Hive account.

The interesting thing is that the ball has only started to roll, Hive is a very fertile ground for building based on its technological abilities like fast and feeless transactions, most applications built on here with solid tokenomics have huge potential of taking off big time because the underlying tech simply works mixed with its super cool community. It’s only a matter of time.

At the current price of things, it’ll cost around $2k to own one and it’ll be extremely hard to get one based on the likely rush for it. I definitely want to own one, I don’t know anyone who doesn’t. Can’t presently afford it, but who knows, one of the assets I holds might just go 100x and I’ll be able to afford 10. Heh! Hocus Pocus Waka Flockus!!! 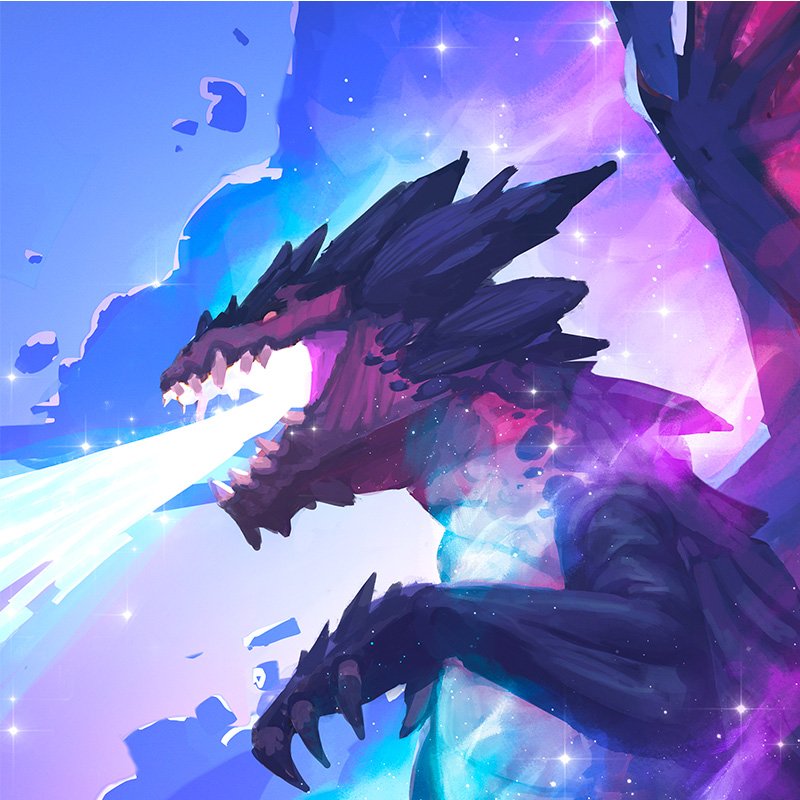 It’s fun to think about the possibilities here, watch the ball rolling slowly then all at once. Maybe Waka Flocka will create a tribe in Hive engine as well and get on with the whole community activities. Who knows.

There are so many angles and ways that a superstar can boost an entire ecosystem. And Splinterlands played it smart by selling this card maxed out and if you want to get most of it you will need also a maxed Summoner and other cards. Thus you trigger a demand on the market, great strategy!

Great strategy indeed. I wonder who else they have on their radar. It will be cool to have the partners actively participate as well. The fun and competitiveness is actually addicting, anyone would love it once they figure it out.

They keep coming up with very smart ways to get some free marketing and uses cases for the different Splinterlands' ecoystem tokens !

I love that this is targeted. I want to believe we are only just seeing the beginning.

Step the Splinterlands team is relentless.

I think Splinterlands honestly has one of the easiest onboarding processes compared to these other platforms. But what's really cool is Splinterlands allows for easy getting started access at $10 and from there as they start to explore they may learn about platforms such as Splintertalk.io and write and connect with people there and earn rewards. To me this is one of the most natural progressions of onboarding people to hive that as such little friction compared to other options currently on hive. The potential here is huge for new users. We saw an influx when splinterlands became popular and honestly still see people posting and interacting on hive because of the game and a platform for them to come blog and be exposed to hive on.

As far as I’m concerned. Splinterlands is gradually becoming a true epitome of what a Web 3.0 game should look like. I can’t wait to see lands implemented. It will be much clearer at that time.

Agree Splinterlands has been a big plus to Hive!

This partnership can introduce HIVE echo system to new people and new groups, Splinterlands has already brought a lot of new users to the chain. IMHO, for the time being it isn't the question, "How many of them are active?", this part will definitely come later. I support everyone who plays a positive role in bringing the traffic to HIVE, in taking the HIVE to new horizon and in introducing it in different circles even if something else is in play.

The interesting thing is that we are barely 3 years in. Web 3, Metaverse, blockchain gaming are just coming into spotlight. Splinterlands has an head start, a good underlining technology. There’s still a long way to go, improvements to be made...and it seems to be on track

Splinterlands has an head start, a good underlining technology. There’s still a long way to go, improvements to be made...and it seems to be on track.

Agreed, no second thoughts about that.

I don't know how things will play out but damn that card looks cool!

That’s my hope too, the dude just needs to pay enough attention to realize how cool it is and that’s it.

Yeah when I heard that there was a partnership with Waka Flocka, I was like bruh... That's fucking amazing! We could definitely see more celebrities joining the party in the future.

Imagine the impact 10 celebrities with over 1m social media following or on Twitter in particular will have. It will be soo cooool.

So you know, if Splinterlands had something like up their sleeves the whole time, I’m very interested in what they’ll come up next with.

But if they could actually pull this off and get these guys interested, that’s all. Everything else will take off from there. Perhaps at some point, there will be a price to pay to own a title in splinterlands.

There is no reason that it couldn't happen.
It wouldn't take much to put hive and splinterlands on the map.

If waka gets into the game and starts shilling it then we could have another round of new users. This will lead to higher prices and higher hive prices.

More people will take notice and could build other applications. It's along shot but not impossible to see it.

Plus more people are beginning to realise the importance of censorship resistant tools as governments have began fumbling with censorship of bank accounts, clears throat - Canada .

Bitcoin is leading the way, Hive could, should, at some point, would follow right behind.

It’ll be nice to see what other tricks they’ve got up their sleeve. This might be a one time thing. Who knows. Depending on the success of it anyway. I can’t help but imagine if it were other well engaged celebrities like Jay-Z or Snoop Dogg, I mean most of these guys want to hop on the latest trend at any chance it all just takes one contact, one connect.

And it’s very easy, because the game itself is fun and not difficult to understand, even though I have fun at my level, my testimony is far different than the testimony of someone playing in champion level, life has got to be real fun in that level 😂lol!!!

The fact that Splinterlands is the second most used dapp in the world should give people enough curiosity to want to check it out, with such low barrier to entry, Hives gate should be flooding. I guess it’ll soon start happening.

I hope it turns out the way you've envisaged it because the longevity of his involvements in the game will go a long way.

Longevity and activity actually, it’ll do a lot of good if he’s active.

The good thing is that the game is actually fun and addicting, I mean look at you, I remember when you started playing, now you ply it almost all the time.

Possibilities galore, hopefully he gets keen on playing Splinterlands. That will be massive.

Yep that will do a lot of good. I’m sure Clove will kick his ass

Having a platform that doesn't attend any form of political stuff. That's good

Bring in the normies

Splinterlands is on the right path. Influencer marketing works. We want more such collaborations this year. 🚀🚀🚀

Let’s see how this one goes first, keeping my fingers crossed for the best. Out come

Splinterland team are very smart and always come up with unique ways to market their community which is amazing. Waka will be amazing and I love to have one but too expensive for now. I will love to have snoop dog on hive too

Congratulations @mistakili! You have completed the following achievement on the Hive blockchain and have been rewarded with new badge(s):

Sorry for my ignorance. Actually, I don't know who Waka Flocka is, but your post caused me to google him. ^_^

😂🤣 Just waiting for the market to digest such partnership.