We Are Gamers By Design 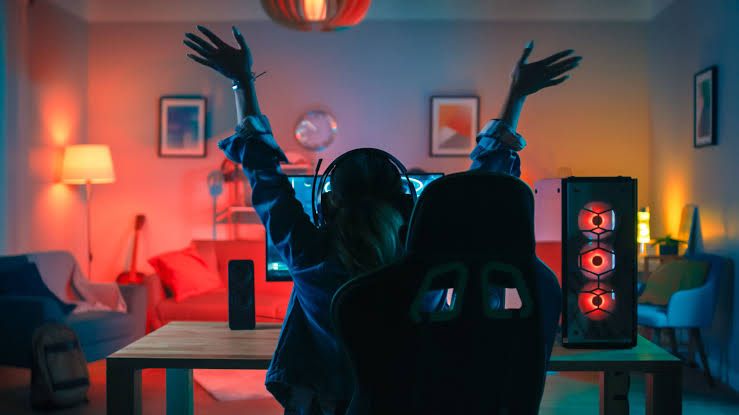 I understand that everyone is entitled to their opinion, but it doesn’t sit well with me when people say they aren’t gamers. I’ll like to believe everyone is a gamer by design, if we look at life from the perspective of a game, it comes in stages, and for every stage there’s scheming, planning, projecting, practicing, up skilling, prospecting, patience and most importantly, playing.

We all want to win, when we fall, we try to rise again, we fall a thousand times, we strife to rise a thousand and one times more, I’ve never seen a toddler fall while trying to walk and just staying there, most likely the toddler will struggle to get back up again unless there’s an injury.

I’ve fallen many times while playing football and stood up almost immediately to continue the run only to realize how bad my injury is after the run, then it begins to really hurt. Even from our conception, anyone alive in this moment is one out of the million sperms that raced to make it here. I’m super sure there is a lot of scheming and planning, waiting, prospecting and projecting in the sperm world as well. One wakes up in the morning to accomplish tasks, to plan, project, prospect, to play their assigned role in the game of life.... Life in itself is the biggest role playing game(RPG) ever. That’s why when you’re not being yourself, it’s difficult and almost impossible to excel, being oneself, playing ones role, being authentic are components that make us excel.

Now I’m sounding too serious, anyway, we all
Play games, whether real life games or not, gaming is part of us, so while at it why not have some fun exploring the depth of the inventions in the tech space as you gratify your efforts with rewards in Glory, Fame and digital items that can be owned.

The crust of the cake in tech now is Blockchain gaming. In my opinion everyone should be playing a crypto game. I understand that some people are bound by time and other life responsibilities that restricts their freedom to do so, permitted, how much more for someone in tech, in Crypto who has a better understanding of today’s technological advancements and aspirations and revolutionary breakthroughs.

For me, Splinterlandsis the Blockchain game fulfilling all the metrics of what a cool-worthwhile-fun-blockchain game should ensemble,

but, to each his own, and while there maybe only a few Blockchain games out right now, many more are coming soon. Everyone should be playing at least one blockchain game and I’ll implore everyone reading this post to give Splinterlands a try if not playing it already.

Just thinking out loud. My network has been horrible so I haven’t even played with Chaos Legion cards 🤦‍♀️I hate when network is horrible.

Oh we are for sure !

As we also are “gamblers” for being in cryptocurrency. Trying to find the next “bet” to become rich 🤑

Lol we totally are

For real, life itself is a game, most of us are good at the game of life, some of us suck at it, and the later always find people or things to blame instead of finding strategies to use and win the game of life.

I am glad Splinterlands offers you what your perfect game should look like. Sorry about your network though.

Hopefully our plans and projections and prospects work out eventually

I agree. Now when I say I am no gamer, I mean to say that I do not have time to sit and play console games for hours a day.
Play-to-earn games like Splinterlands have actually earned a little bit for me which I find amazing. :-)

I agree. Now when I say I am no gamer, I mean to say that I do not have time to sit and play console games for hours a day.

Play-to-earn games like Splinterlands have actually earned a little bit for me which I find amazing. :-)

It amazes me how much my Splinterlands has appreciated in value since I have been playing. The funny thing is most things online will not pay out the way Splinterlands does.

Same here. I love to see it. I can only hope it gets even better