What did Splinterlands just do?! Check out my thoughts on the games latest update 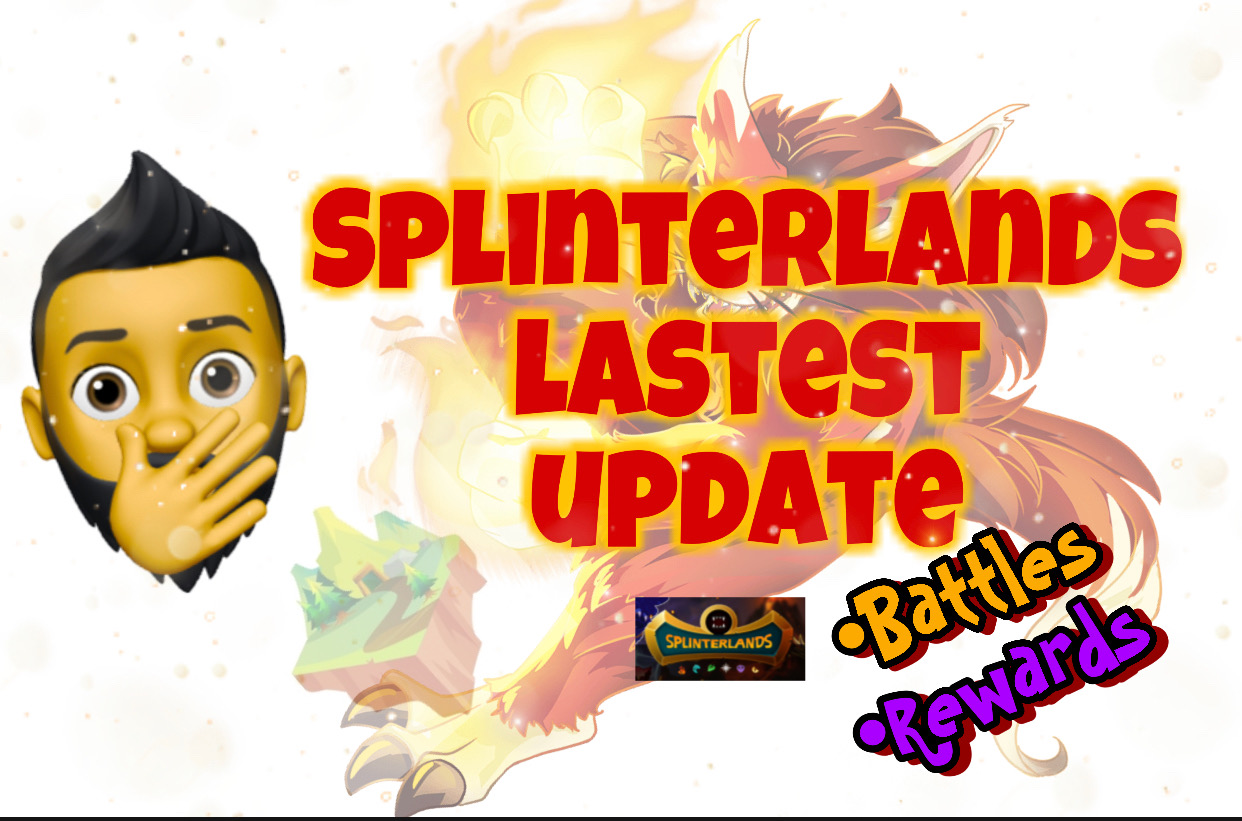 I have always been a Splinterlands bull, I even commissioned a graphic with my face on it, but I’ve also had my fair share of being salty about the games updates, I’ve not always agreed with the decisions they implemented,........

...........in fact, at some point, I was so close to throwing in the towel and decimating all my cards, I was super close, but for some reason I stuck around and few weeks after, my deck became worth more than I could ever imagine. I don’t think I would have forgiven myself if I’d sold out.

All I’m trying to say is that sometimes the updates to the game don’t always seem to be in your favor, but what I’ve learnt over the years of playing Splinterlands is that every level of player is considered before affecting these changes and we mostly don’t see them because we are focused only on the present and ourselves and our deck and our rewards rather than the entire ecosystem and on the long run.

A lot of people were salty at the latest update, mostly new players, thinking Splinterlands is out to make them suffer for the benefit of the old players and I get it, it’s one way to look at it, but many people fail to consider that every “old” Splinterlands player was a new player at some point and if they made decisions that were at the detriment of those players, the game wouldn’t be where it is today.

Splinterlands is barely at its full potential and needs a lot of new players to achieve it. But as much as new players are needed, a sustainable business and ecosystem needs to be prioritized and ensured as well so that every level of player can fully benefit from ground up. 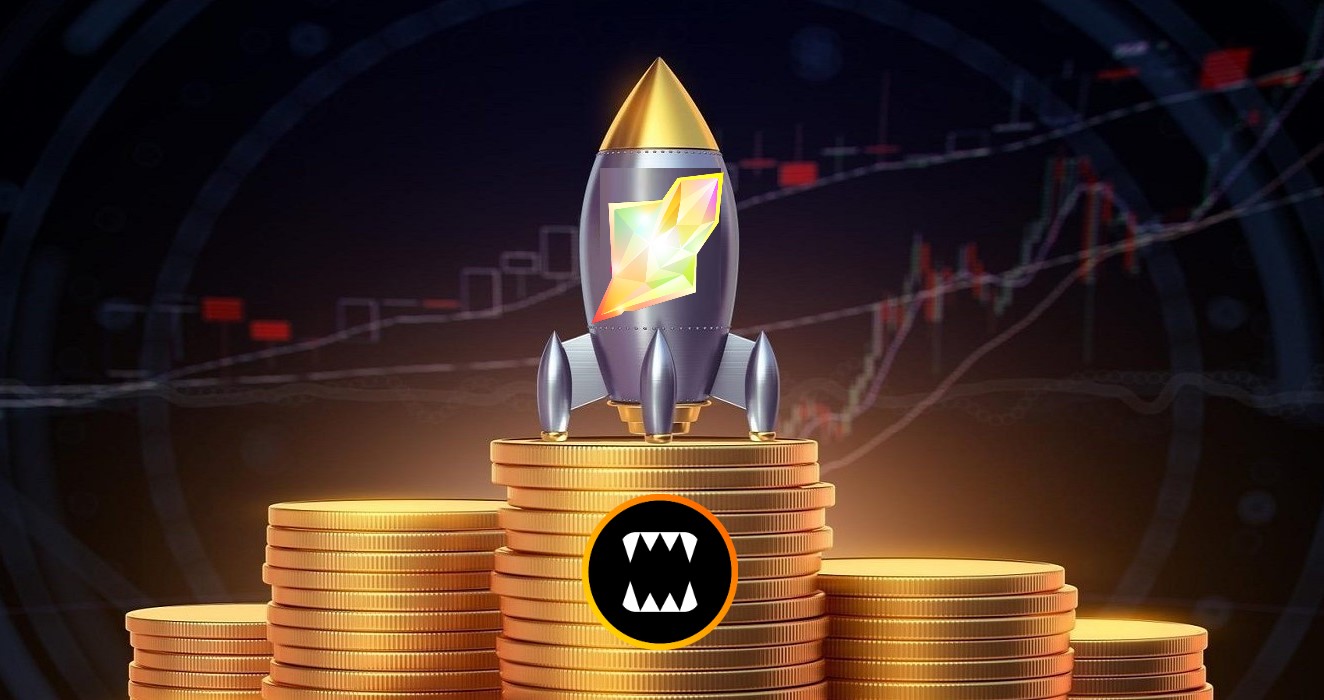 Back to $SPS matters

Are you even in crypto if you didn’t know SPS was primed for a bull run? Thanks to the vouchers implemented, the rate of staked SPS has moved significantly higher in 3 days than it did in 1 month. According to the info on the SPS management dashboard at the moment of writing this post, the most important numbers to look at are

There are about only 31,000,000 SPS unstaked, out of this unstaked, a lot will be burned when people start using them to purchase in game items like cards packs for a 10% discount, I mean, why will I buy packs with $DEC or fiat or any other crypto when I can use $SPS and get 10% discount? Safe to think most people will do this, thereby burning even more SPS.

Let’s speculate a little, when 80% of liquid $SPS becomes staked, what happens next is that there will be a supply shock as people scurry for 10% discount on sales of packs, when the supply shock hits and demand goes higher than supply,.....run baby run....people will look back at the price of SPS today and realize how much of a giveaway price it is at $0.368.............my great grandma knows this.....and she’s late.

Aye!!!!Splinterlands economy is as amazing as it can get at the moment, totally emancipated from the rest of the crypto sphere, even Hive has been hit with Bitcoins downtrend, but not $DEC or $SPS,....simply amazing! I can’t be happier to be in this game!

You’re in charge of your financial decisions. 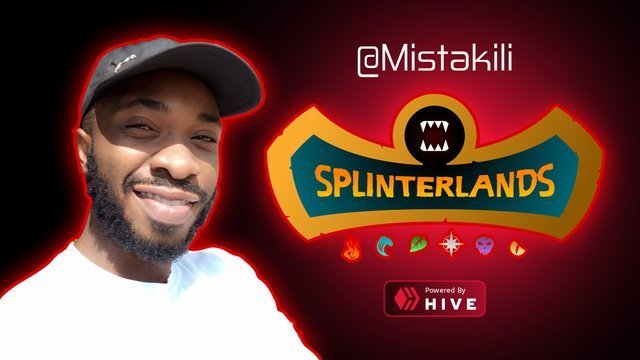 Nice article @mistakili. It is still not too late to invest in Splinterlands. There are multiple opportunities to earn without even playing the game. We are just getting started yet! ✌

Thank you 🙏, exactly, it’s become such a wide ecosystem and so have its opportunities.

I can count like 4-5 ways to make money via Splinterlands. I don't think any other game provides so many of them. Axie Infinity has like only 2 ways to earn.

As I don't know how to play the game.i took a decision to be staking SPS token every month for 6 months so that I will get more of it.Even planning to leave the SPS staking token for one year before I will touch it.

I guess as long as you’re interested, the pieces will come together to make sense along the way.

Nice article, when people start using SPS to buy in game items, is it going to replace DEC? Or purchasing with SPS is limited to why DEC can purchase in the game?

No it won’t replace DEC, but there is incentive to using it more than DEC, the incentive is that you get 10% discount when you use SPS to buy packs compared to when you use DEC.

People will obviously use SPS more because of the incentives, does the offer have a limited time offer? Because am just worried to what the value of DEC will be when people start using the SPS more.

People will obviously use SPS more because of the incentives, does the offer have a limited time offer?

Exactly, no it doesn’t have a limited time, it’s just one of the perks that make SPS a gem....

DEC will still retain its value and maintain an upward trend because people need to hold it to get SPS airdrop.

So in the case that majority use SPS to buy card packs for the 10% discount instead of using DEC will there still be buying pressure for DEC? Yes, rentals and guilds pay in DEC, and any smart new player will want to buy a lot of DEC to get the sps airdrop.

Holding DEC is like killing two birds with one stone, do you get? It’s just what I think sha

I think I get the idea now

We always see things from how they affect us and we need to remain open minded and aware of how it affects others as a whole.
The economy of Splinterlands is one of the reasons it is so successful. Whilst yes you will get people in bronze league get upset if they stick around like you said they could find that they can still earn and rank up.
I remember when they last changed the ranking system. I was battling in Diamond league and before they changed it I even managed to do some battling in champions league. I now battle mostly in gold since that update but I am actually making way more DEC per day now then back then.
New players need to stick it out and realise if Splinterlands needs to keep the economy stable so we can all play to earn for years to come . Who knows in six months it could be these same players that stick it out that are telling the players of the future this same message.

Lol we both have similar reasons, I know my cards aren’t all that, but I’lol grind up to Champions league at the end of every season, on a bad season I’ll end up among top level diamond and at some point I just couldn’t anymore,I’m also stuck now in Gold 2, I now know i must step up my deck to move up the ladder imperatively,...

Who knows in six months it could be these same players that stick it out that are telling the players of the future this same message.

Totally....with how fast things move in crypto, a lot can happen in 6 months.

Interesting approach and explanation to why $SPS is pricier today. It's at $0.488 already.

I feel you with the dropping the towel part. I sold half of my cards, all the valuable ones when changes in advance based on your deck power were introduced. I skipped land sale, not interested, I bought some of the last unchained packs, still unopened, I gladly stake $SPS every day. So it's a mixed feeling. Some moves are bad and others are good. From my point of view, of course.

I skipped land sale too, I’m not comfortable with that now though lol...

Well, I’m sure they are taking player feedbacks and I hope they adjust when they really need to. This economics thing can be tricky sometimes

The recent update really did rock the boat a little but as you said, these updates are being rolled out with the long term effect to the game in mind. You are right, we all have been newbies at one point and if we opt out with every buckle then we'll never be the old-timers and reap the benefits of these well-planned actions from the devs.

I suddenly remember someone I know --she doesn't last long in any job she lands in, for she always feels that she's being picked upon/bullied for being the newbie. I remember telling her to take these constructively for if she always jumps ship at every tension then she won't get into the position where she will be an authority and those who will come after her will look upon.

But then, as they say, "if the kitchen gets too hot, then leave." No one is in control of our own actions but us.

You are right, we all have been newbies at one point and if we opt out with every buckle then we'll never be the old-timers and reap the benefits of these well-planned actions from the devs.

I hope she took your advice because it’s a very sound one, and she might not really know if the people scolding her mean well for her or not.

Being able to grind in uncomfortable situations is a skill people have to learn especially if there’s a clear goal.

sps has become a game changer for sure.