How are you all guys hope you will be blessed and fine here is another post about the Splinterlands game in which i will be sharing the quest rewards of today along with the a card from the dragon family. What the Gloridax call a soldier many of the other armies of the Splinterlands consider a highly specialized master of weaponry, one who wears custom armor and carries into battle all the might and fury of Dragons. Most of the Soldiers are scaled, and some can even fly. The Gloridax also allow dropborn (The alternative to eggborn) to become Soldiers, but of course they always use those ones first in any skirmish.Splinterlands

Do you love to use this card in your battlefield? offcourse if you have upgraded GLORIDAX SOLDIER then you will love it to use it against the non attack monsters like cube, Lord arianthus and warrior of peace these 3 cards are using mostly in many battles as a shielded tank to protect their other monsters. So if you have a card with oppress ability then it will give double damage to that card and will be kill so easily and quickly. 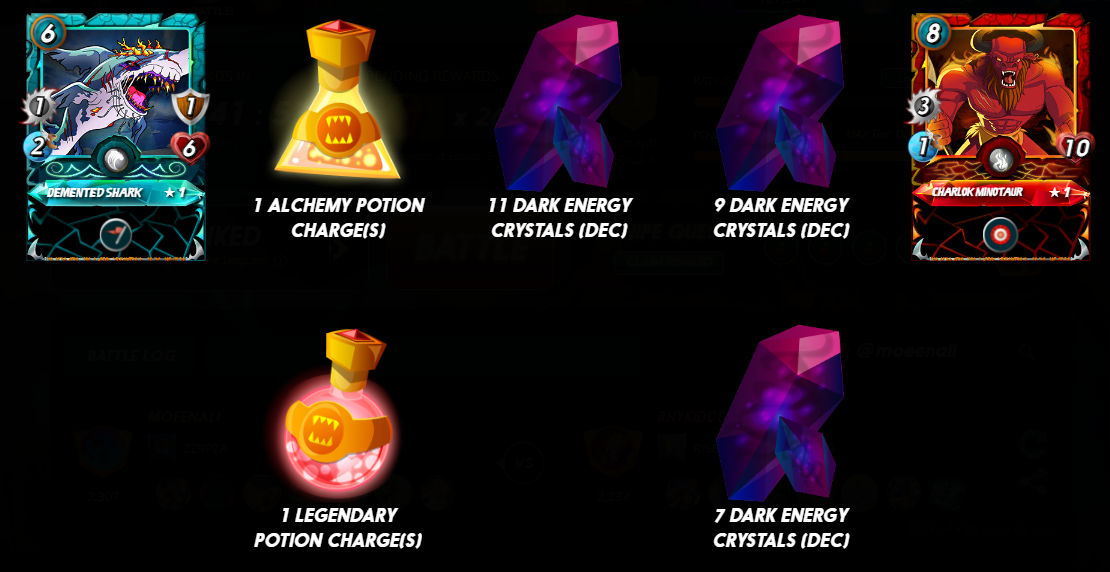 Just completed the two quest today as the one quest from yesterday that i completed today and when completing it i got another quest for today so i started playing to complete the 2nd one also here is the rewards of today quest in which i got nothing and useless rewards like this that you can see so which include one demented shark with charlok and 3 chest for the dec tokens total dec is 27 from the quest with a single potion. 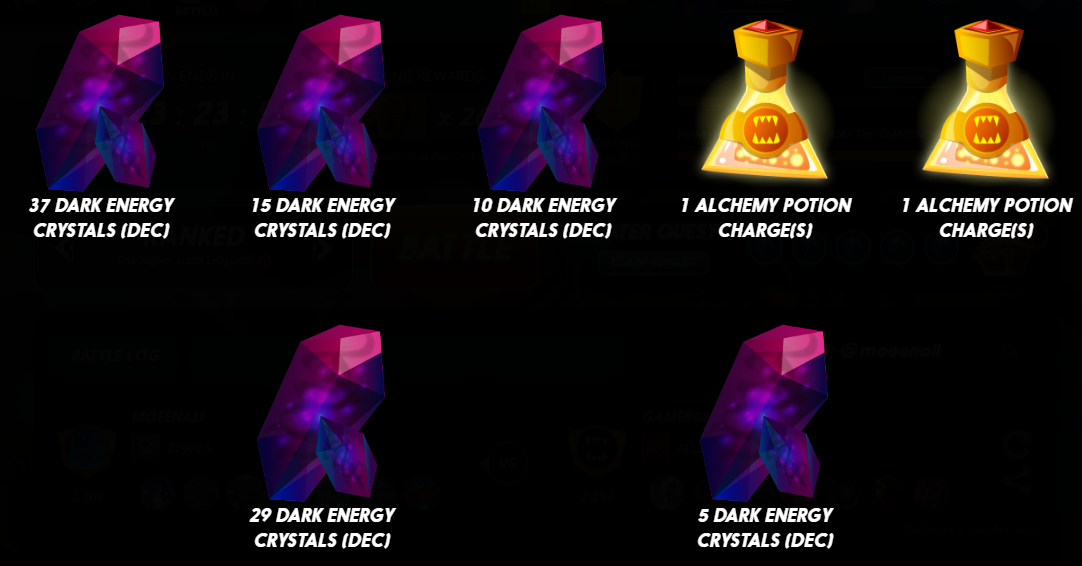 Here is the 2nd quest rewards of yesterday which is also not good and got only dec tokens near to 90 dec and 2 chest for the potion charges worth 80 dec so now a days the rewards are become so shity while facing strong opponent in your leagues and ranking with their upgraded deck so how is it possible to kill that beast with low level accounts and move to next league.

Well, i remove my assets from the liquidity pool which i added recently 705 hive with 45k dec tokens now i got 62k dec and 500 hive so i lost 200 hive worth nearly $200 but this is not a loss actually i got maximum dec like round about 17k dec for 200 hive still not equal because of the hive price which is pumped but also i got more sps from it. Now i bought dec with my liquid hive let's see what will happen next if the price of dec is up then i will sell it to recover my hive otherwise i will hold :P..