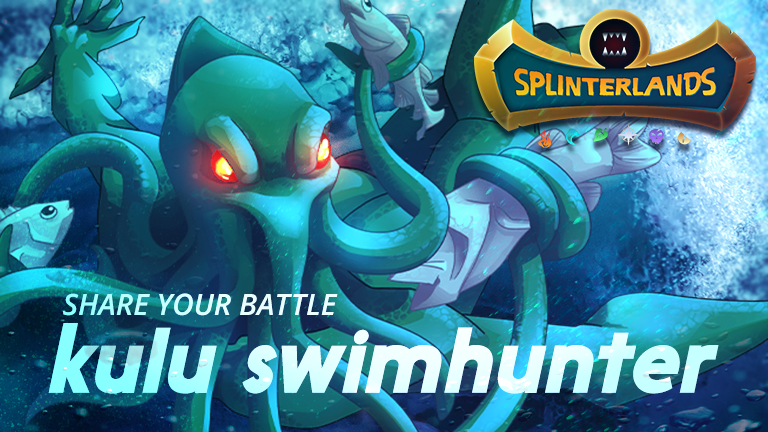 Trying out some new chaos cards.

For this weeks share your battle post the team has chosen one of the new chaos cards from the water splinter. Kulu Swimhunter.

It's a card that I have at a very low level and isn't very effective until after you max it out really as it has no special abilities.

To be honest I wouldn't bother having it in my deck except for the fact that i want to fill out the entire collection. Its a bit of a nothing card so i just rented one out to complete this challenge.

The ruleset for this battle was:

Mana 20 for this battle with fire, water, life and dragon the options to play with. 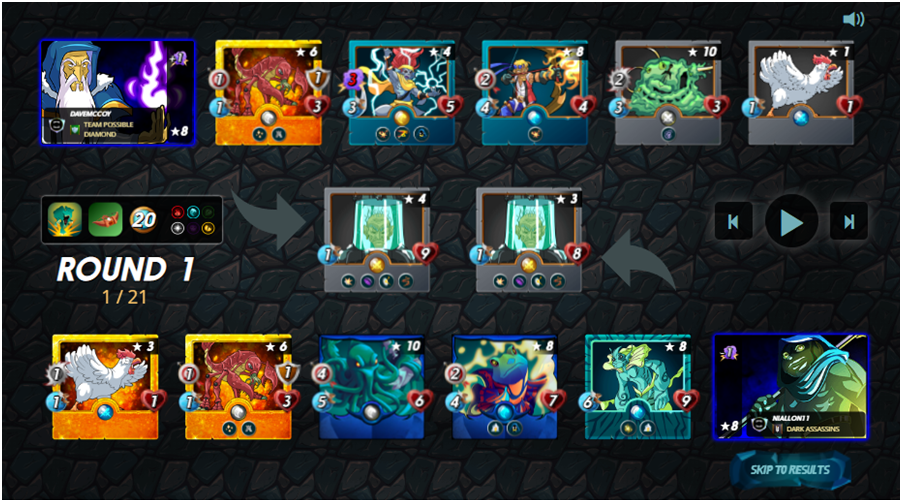 As soon as I saw the line up's I knew that it would b e a war of attrition.

Neither of us could hurt the tank of the other team. we both had the Lord combined with a healer and i had two triage monsters lined up behind mine to soak up the damage.

I did play Kulu for the sake of it but again it wouldn't be in my line up except that i wanted to write a post about it. With 4 ranged attack it's not a terrible card it's just there are a lot better out there. 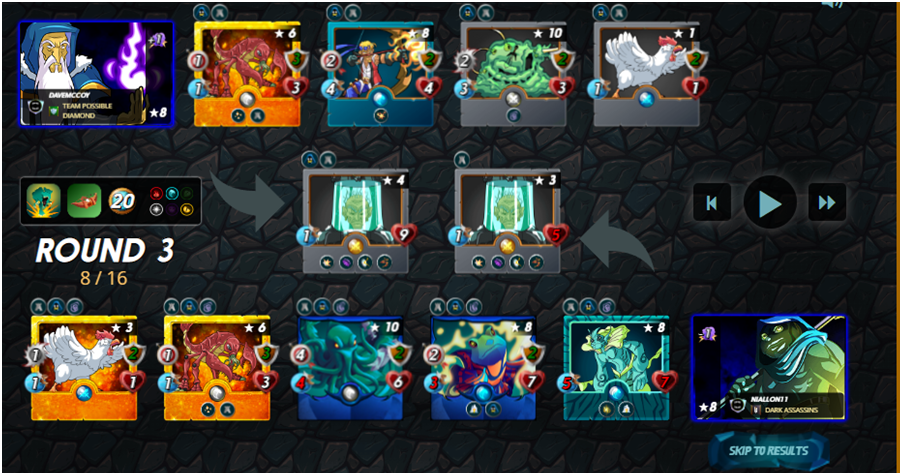 The first kill was always going to play a huge part in this battle and luckily for me it was my opponents ruler of the sea. It can be a great card but i had a double magic void and a triage right behind my tank so it couldn't do any damage to my team.

Once that card was dead they had no firepower left and it was always going to come down to fatigue. 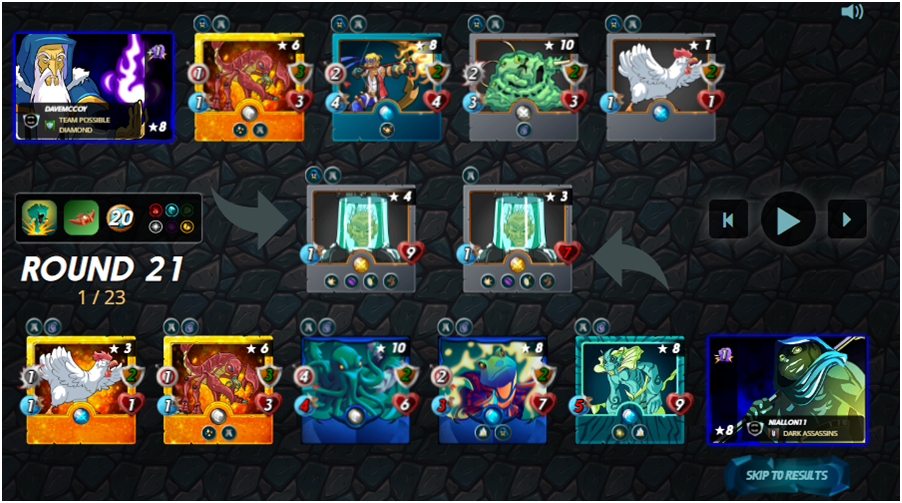 Fatigue set in at round 21 and from there it was always going to be my victory.

My monsters had higher health and combined with two triage monster i could repair a lot of damage to the team. On their side the only healing power was a three health crustacean king which would go fast.

Now it was just a matter of which round would give me the victory. 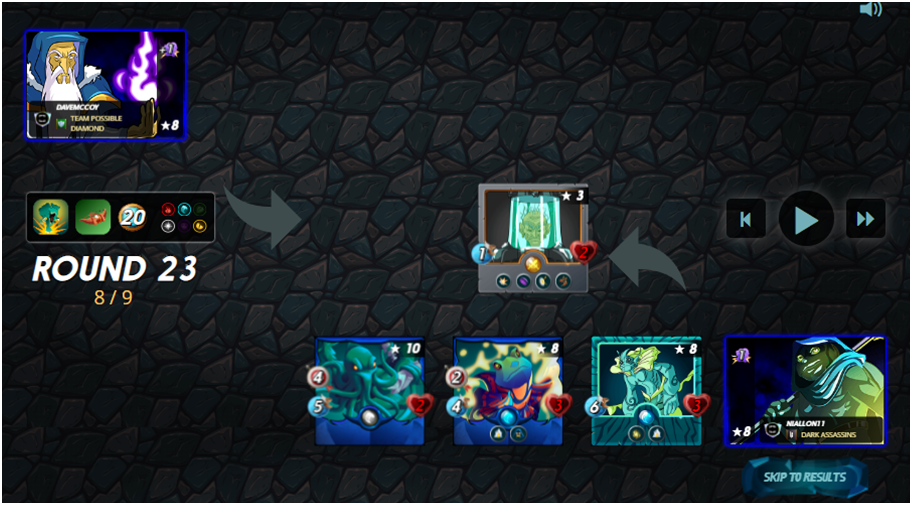 Round twenty three.
That was a wait and a half to get the victory and it's not one that i am particularly proud of.

I'll take it of course but there are better ways to win than a bad team outlasting another bad team.

It was all about that triage ability that kept me safe form the blast originally and then kept me alive when fatigue set in.

My opinion hasn't changed on the card and it's adds very little to the game.
I'll buy one and rent it out without having to worry about it ever again.

As for the match it was great to get the win and I'll keep moving up the ranks.

I have to agree that Kulu doesn't really offer much to your line up but it does seem like it might be useful when you have the basic ability rule set and there are no abilities.

It could be if your using the water splinter but my standard line up for that ruleset is using life for the shield ability with low mana magic monsters'. I have a few that are hard to beat for that rule set.

war of endurance. so that monster is just to act as a target/living wall so it blocks for the back row monsters with special abilities?

Very happy to see that message today and keep stacking fort he next level.

It's a fun game to be involved with.

Thanks. It was tough to watch but i'm always happy to get the dirty win like that.

I want to get back into champion earlier than the last couple of season so need to hit those win streak.