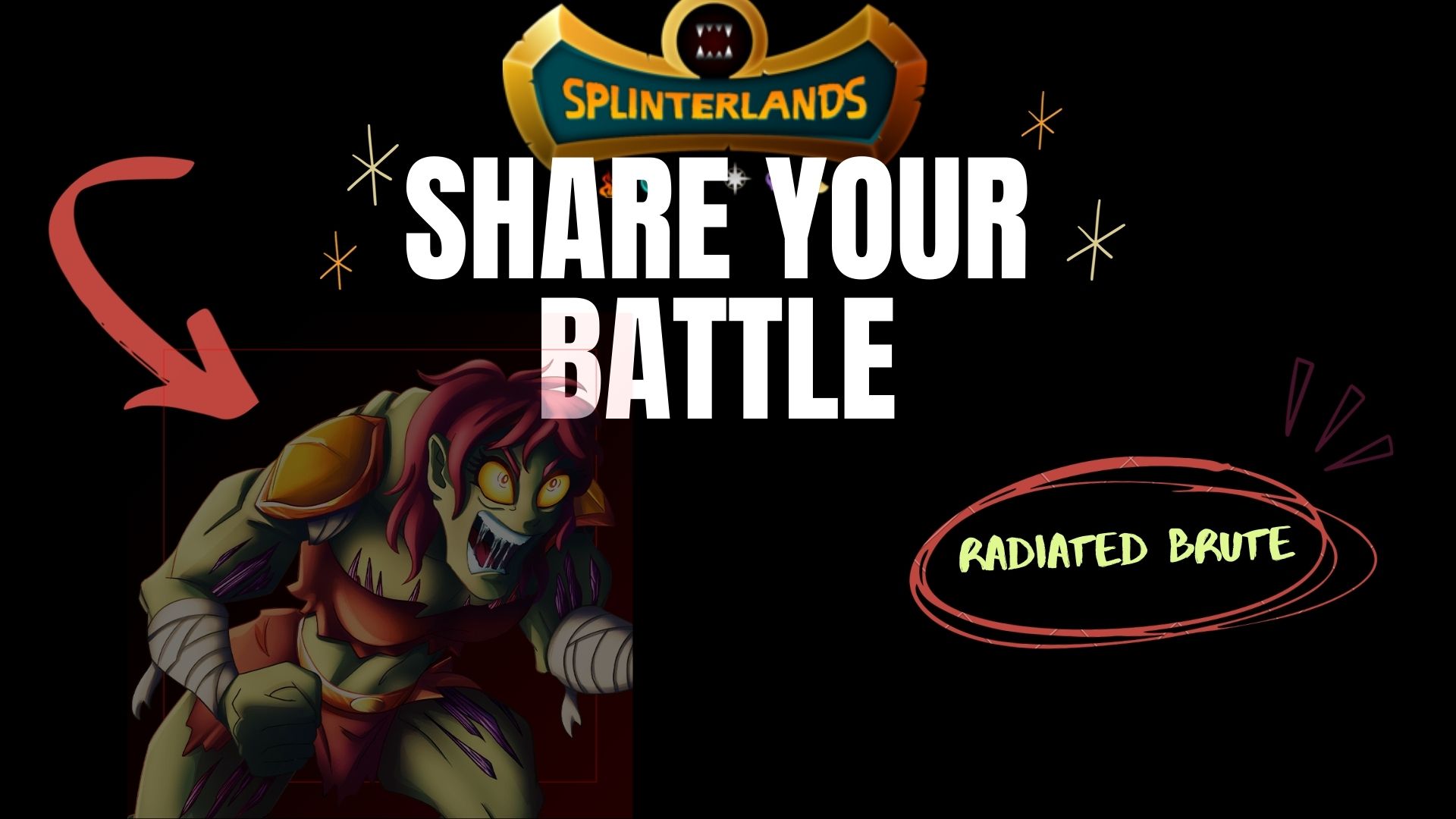 This weeks Share your Battle card is the Radiated Brute. Lets get into it.

I am going to be very honest when the Chaos Legion was first released the Radiated Brute was one of my least favorite cards of the collection. As of now my views have changed a bit on the card. I have now come to realize where the Radiated Brute is most beneficial. I have found in the lower leagues of bronze and silver that the Radiated Brute is very useful in the slow goes first matches. It can also be very useful when your mana pool isn't very high and you aren't able to use other reach monsters like Carnage Titan or Finnus Rage. As you can see in the stats below seed isn't one of the radiated brutes strong points but once you've reached the Gold leagues and above you can get enraged boosting its speed and melee attack when hit by an opponent.

Now lets get into how I utilized this card in my battle.
The rules and mana cap

Slow goes first and odd ones out.

I played a strong sneak team because I had a feeling they might use a shield ability monster as a tank, because most of them are slow, and the disintegrator to lower my damage. Which could have trapped me doing little to no damage to the front line. This is also the reason I used the Djinn Inferni with is 3 magic attack to possibly smash any shield monster if one was used as a tank.

I summoned my team with my Gold Foil Tarsa which boosted my melee and heal by one and also would give me a better payout if I won. I then used the Living lava as my tank be cause of his shield and lack of speed which is great for a slow goes first match up. I then used Radiated Brute and Djinn Inferni as to small mid line tanks to help take out a possible shielded monster. I then rounded out the team with my 3 sneak attackers, Tenyii Striker, Sand Worm, and Uraeus which combined would hit for 12 melee damage per round. What a team.

The game plan worked out perfectly once my opponents backline was dismantled. The Radiated Brute in the lower levels is a great reach monster for slow goes first matches. Give it a try. 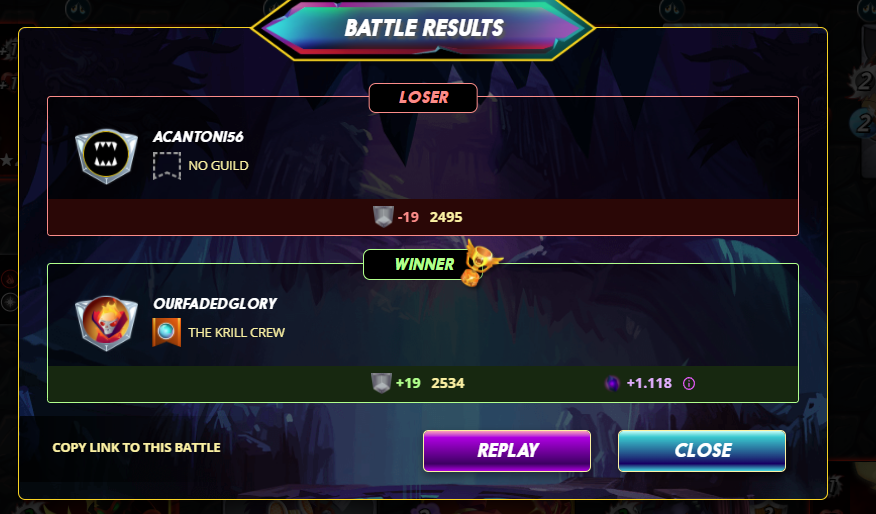 Let me know in the comments below how you use the Radiated Brute. Is it a card you use often?

Thanks for reading. If you would like to play splinterlands consider using my affiliate link below:
https://splinterlands.com?ref=ourfadedglory

Any comments, upvotes, and or !pizza are greatly appreciated.
Keep Grinding gamer. Cheers.

I use Radiated Brute when I cant use Fineas Rage due to mana constraints. It is a good alternative, even at higher ranks. Not the best card, I will agree with you. Have some !PIZZA & !LUV bud :)