From pixelpaper to cold hard cash

Many people like to buy things like cars, clothes, food... Mostly because they feel like it and because a buddy has those things. Some obviously buy them because they need to.

Depending on your situation, simple things like transport, clothing and food can make a huge difference. 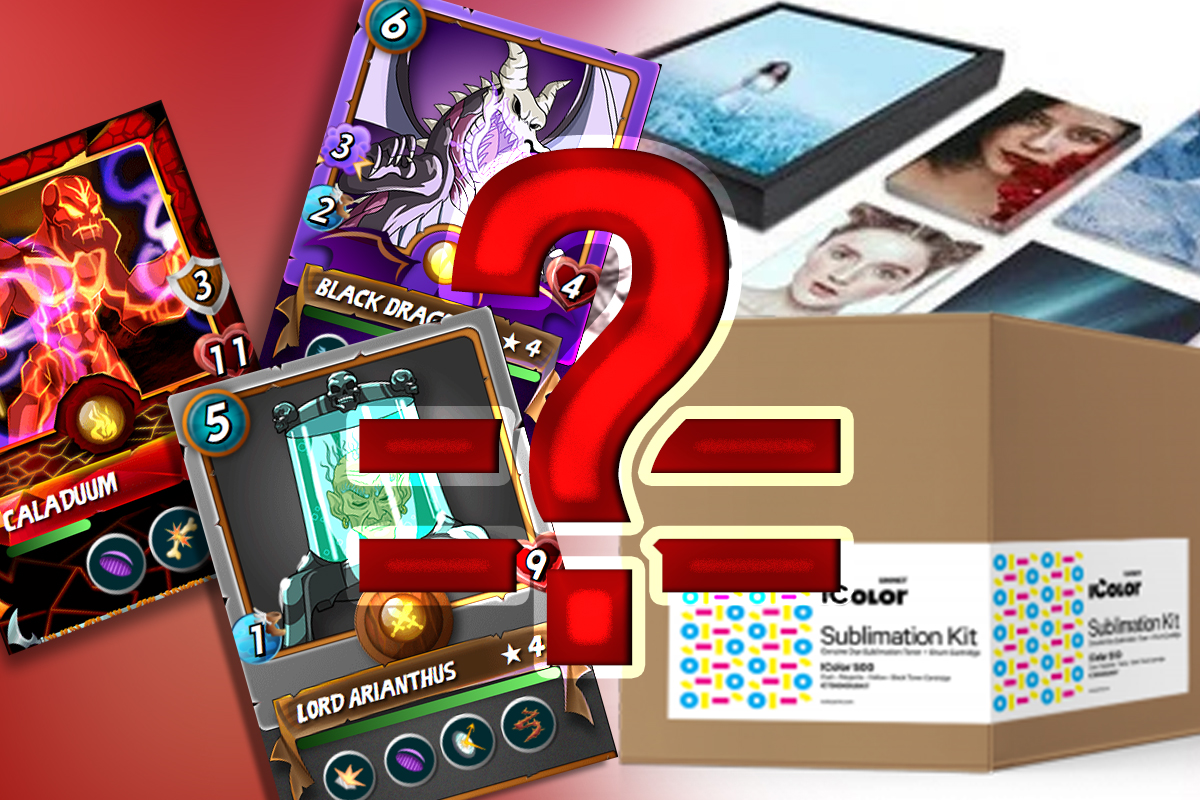 I am fortunate enough that I do not need any of those, I have enough food to get through the day, my clothes are ancient but do their job and I tend to live very close to my workplace so I do not need to ever travel outside of a few blocks.

I do need shit to work, which is why my first ever big Splinterlands sale went to purchasing something for the place I work at. Nope, I don't own the shop but I also don't care whether I do.

Let's call it a gift.

Anyway, the shops' Sublimation machine decided not to start up a while ago, and the main company we buy from kinda has a hold on the market. Only because every other twat is a chance with shit products. These ones however are reliable but take a chance on the pricing of equipment.

So we just let it ride. Partly because a month or two before we already bought a White Toner printer which can also do Mugs and T-shirt prints.

Since I have already weaned the product selection down to mainly Mugs anyway. It is not an issue to not have the machine, just an inconvenience because we still have products specifically for sublimation. 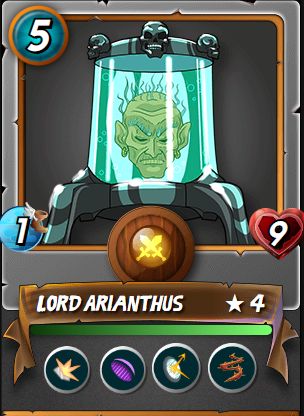 With Splinterlands gaining more and more traction, and Gala games coming out of the woodwork, I decided it was time to sell.

I did not want to sell my Lord Arianthus, but I was damned if I was going to sell my Ruler of the seas... In retrospect...

Anyway, I sold the Card, and two others because my aim was also to lose as little Collection Power for maximum value as possible. Which turned out well enough.

It also has the benefit of finally getting me to look at Splinterlands as a form of income, and not just stacking for no reason.

It is the same reason I have been posting more often also, because Hive should in the end benefit me too.

So solemnly I sold my cards, sold for Eth and then Eth said well fuck that I don't wanna. I have waited patiently for the past month for the prices to get back to the $1500 I sold for and fortunately as crypto does. It gave me a little extra but not too much. I think we are still in bitchface season that is why.

It is rather strange because I could make that same amount in less than 2 Months now, if I tried. However, this has been over 3 years in the making, mostly thanx to @Calumam having a fit back in the day too.

I guess all that to say, if you want to find out how much worth you get and how much you value the crypto you earn. Try spending it.

Now I have to go learn some stuff.

You are doing very well and now the price of ETH is going up every day, your wallet must be very happy. Keep selling, probably you will buy that shop which you don't own right now! Great designs. Beautiful mugs, I saw the whole process :)

I don't hold Eth unless I am doing a conversion, the cards I sold for Eth to get them to the exchange and then sat on them for a while waiting prices to recover. I don't think I would buy the shop but I am fine with just having what I need to do my work. The sublimation is nice, and really a good investment for someone wanting to start quite cheap in business.

Hehehee look at you! Using new words right and left. 😛

I'm so glad that you're getting some stuff from your crypto! That really is when it goes from funny money to fun money 🤑💰

When it buys a ticket... Of course that's the funnest money 💸 hehehe see? It's cash that flies!

Thanks for clearing stuff up for me.

Congratulations @penderis! You have completed the following achievement on the Hive blockchain and have been rewarded with new badge(s) :