Love Splinterlands? Here's 3 cards that are going to go up massively in profit.

Love the game like I do? What's not to love? Great gameplay, mobile friendly and full of opportunity for everyone. There are a lot of ways to earn some bank on Splinterlands.

What I'm talking about today is the money you can make, buying cards as investments to flip.

These are my current best buys and why:

1.Venari Heatsmith. Why buy this cheap common card?
At time of writing , (November 1) this card is .18 cents. It's also one of THE most useless cards released in the Chaos Legion rewards. So why buy this card? Pure speculation. At .18 you can definitley take a risk. Here's what I'm thinking and why I bought 400 of them. 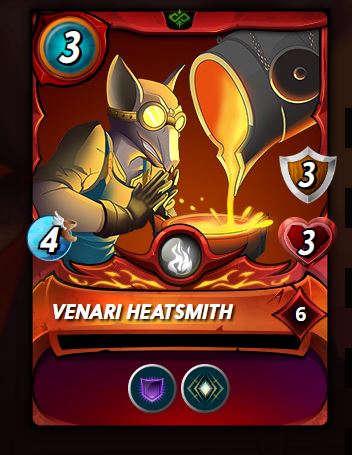 Amplify! Magic reflect, return fire and thorns all do double damage. Imagine a Mylor that doubles your damage.
Nobody knows what fire cards are coming in the upcoming Chaos Legion packs, but if there's a fire summoner that gives magic reflect, return fire or thorns? This card is going to be the new meta Llama/Kron.
I don't think the team behind Splinterlands is going to make a card, which is completely useless, so yeah, this little smirking rat is going to go up huge once the cards are released.

2.Venari Wavesmith. If you've been playing for the last little while, you know what I mean already. It seems like EVERY magic team on water now uses this little guy.
Prices have already gone up, and I think it'll keep going up. Think about unicorn mustang/failed summoner. 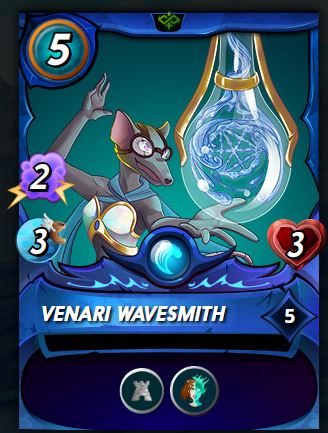 Besides the high use, the card is still a cheap buy at around $6. Another bonus, if you buy one, you can rent it out until you sell it. You're looking at roughly 50 cents a month in rental income. So if you just hold for a few months you have already paid for it.

3.Djinn Oshannus. Another big buy for water. I don't know how much cash you have, because we are all living with different budgets. But If you have the spare $45 this is another great buy. I think he's going to the new go to tank for water. Already sneaking into play in a lot of leagues (I'm in gold and see him all the time.), this djinn is probably the most popular reward card.
I'm predicting the price to 4x within 6 month. He reduces magic, gives a chance to have magic attacks from opponents miss, and neuters those big attacks! Goodbye sandworm, any attack that does 5+ per hit gets changed to 1 damage. 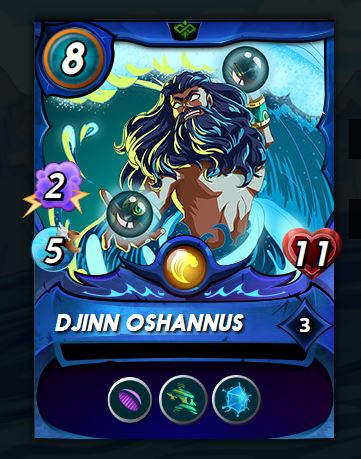 This article is not financial advice, because it would be hilarious if you could get a license as a Splinterlands advisor. But! If you are a card buyer, who is looking to at least 3x? I wouldn't sleep on these gems.

Currently there are less than 12% printed, and if all the other reward card prices are an indication you'll see a spike in prices as soon as they hit 100% printed. 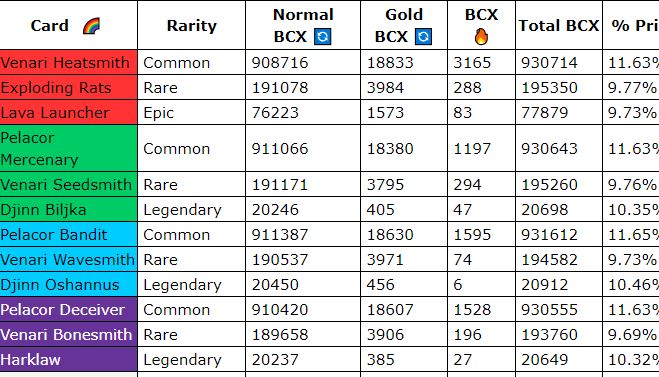 Good luck with your card buys! And as always, support Splinterlands by telling all your noob friends to stop buying Magic and Hearthstone cards ......

ive got a few of those vernari heatsmith and since launched i think i only played it once. i do hope it does go up in value.