Hello Splinterlands fans! Its time for another Battle Challenge week. Hopefully we can fully utilize the ability of our featured card of the week and win this battle. 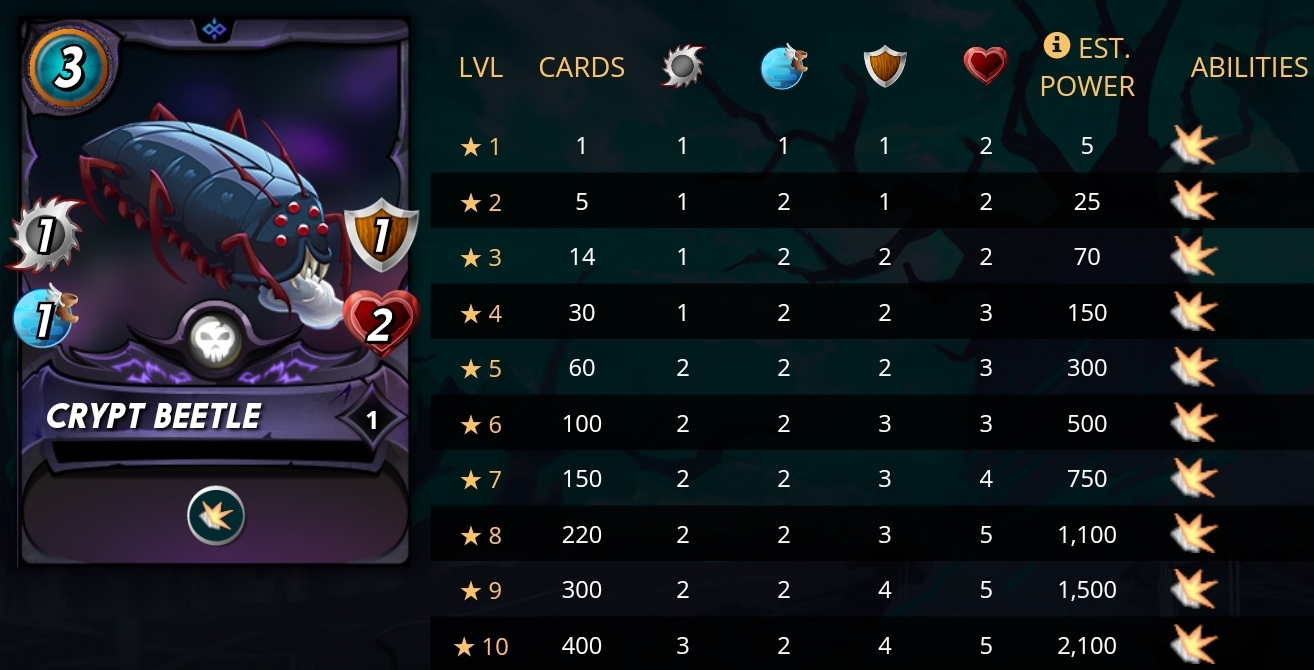 We're using this Summoner because of the +1 armor buff it gives to our team. We'll be using a Dragon+Death Splinter lineup. We're using this card as our tank monster because of its Thorns ability that deals damage back to Melee attackers when hit. We're using a Magic attack monster with the Snipe ability that targets enemy monsters with Ranged, Magic, or no attack that are not in the first position. On the 3rd position is another Magic attack monster with the Life Leech ability that increases its Health each time it damages an enemy monster's health in proportion to the damage dealt. At the last position is our featured card of the week. Although it can't attack at this position, its Shield ability that reduces damage from Melee and Ranged attacks will be useful in protecting our team from Sneak attacks that targets the last monster on the enemy team instead of the first monster.

Our opponent chose the same Summoner and Tank monster. There's also two Sneak monsters on the enemy lineup. Hopefully Crypt Beetle can protect our team from these monsters till the last round.

Crypt Beetle's Shield ability negated the Sneak attack of one of the enemy monsters. It also protected Venari Bonesmith from that attack.

With the help of our Magic attack damage dealers, Cursed Windeku was able to eliminate its counterpart on the enemy team using its Thorns ability on the 2nd round.

Things started to go downhill for our opponent after our team was able to eliminate the enemy tank. The next two enemy monsters that took over the 1st position had only 1 Health which were easily eliminated by our Magic attack monsters.

Although we lost our tank monster on the 4th round, our Magic attack monsters were able to deal enough damage to take out the remaining enemy monster in round 5 making us the winner in this battle!!!

Crypt Beetle did its job pretty well. Its Shield ability reduced the damage taken from one of the Sneak monsters to 0. With our front and back lines safe from attacks, our Magic attack damage dealers had enough time to take out the enemy monsters one by one. And since Magic attacks don't care about any armor, direct health damage made their clock tick faster.

The strategy of placing Crypt Beetle at the back line worked pretty well since our opponent used two Sneak attack monsters. Its Shield ability, that reduces damage from Melee and Ranged attacks, made it last till the last round and protected our Magic attack damage dealers from such attacks.

Do you like CRYPT BEETLE? Why or why not?

I don't use it that much except in low mana battles where the opponent is known to use Sneak attack monsters.

That was an exciting battle, wasn't it? I hope you all have a good weekend. Till next time!!!