Hello everyone. Its another Battle Challenge week for Splinterlands. Let's pack our things and proceed to the battlefield and see how our featured card for this week can help us win this battle. 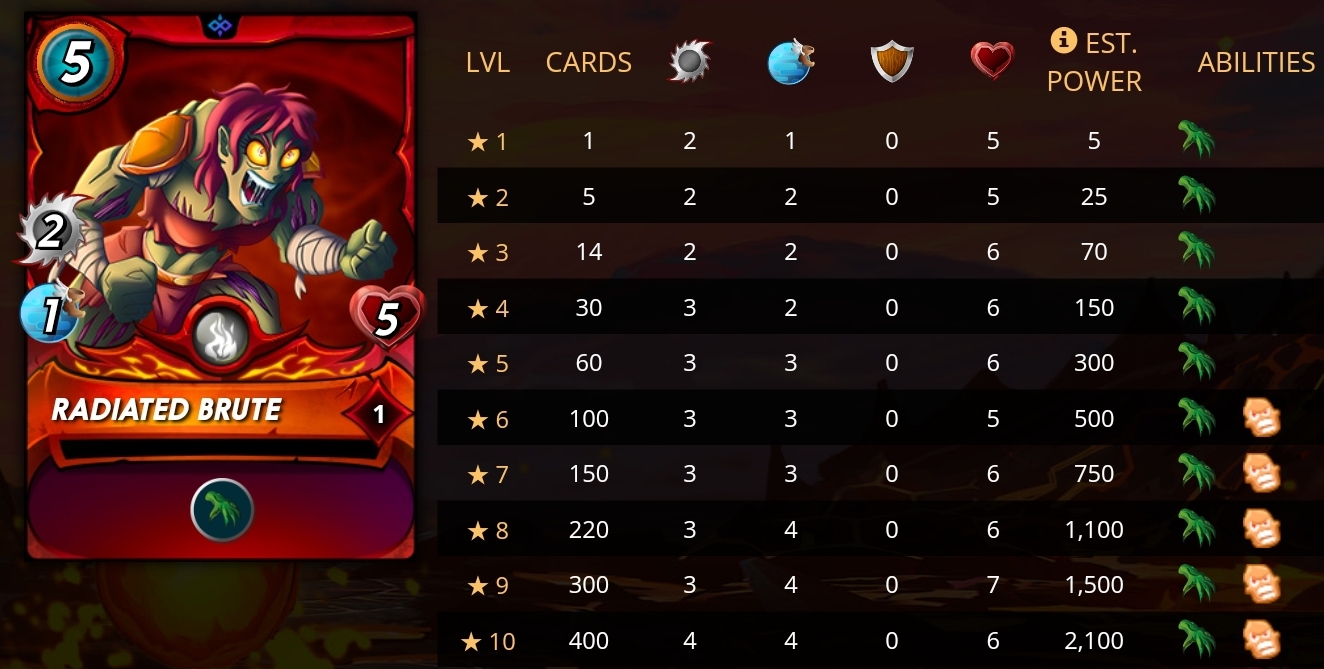 This card has the Reach ability at level 1. When placed on the 2nd slot, it can do Melee attacks. It also has good attack power and health suitable for a backup tank or even as a tank monster. This Summoner will boost our team's Melee attack and Health by 1. It will also give us access to our featured card for this week. This monster has a pretty sturdy Health and Armor fit for a tank monster. It also has a decent Melee attack of 3 that can critically hurt low health monsters blocking its way. We have our damage dealer placed the 3rd position to protect it from both front and sneak attacks. Its Opportunity ability allows it to attack from any position and will target the enemy monster with the lowest health. Also one of our damage dealers. Its Sneak ability will be quite useful in eliminating low health monsters sitting at the back line of our opponent's lineup. We're placing this card at the last position to protect our team from Sneak attacks. Its Snipe ability will also be useful in eliminating enemy monsters with Ranged, Magic, or no attack that are not in the first position.

Our opponent decided to use the same summoner. We also have the same three monsters in our lineup. Hopefully having Serpentine Spy and Lava Spider in our lineup would give us the advantage in this fight.

Serpentine Spy was able to eliminate a low health enemy monster sitting at the middle of our opponent's lineup in Round 1. However, our tank monster is not looking so good sitting at 3 Health. One attack from the enemy tank monster would sink it six feet under.

Serpentine Spy was able to eliminate the enemy tank monster in Round 2. As anticipated, our tank monster died in this round along with Lava Spider.

For the third time, Serpentine Spy was able to eliminate an enemy monster in Round 3. Tenyii Striker was also able to kill its counterpart on the enemy team. Sadly, our featured card Radiated Brute also died in this round.

Serpentine Spy died on Round 4. Although Tenyii Striker's attack on the remaining enemy monster was not enough to put it down, its 1 Health would not last long.

Tenyii Striker was the first one to attack at the start of Round 5 eliminating the remaining enemy monster. It was a close fight but we still conquered victory in this battle!!!

It was a close battle since our opponent used an almost identical lineup with ours. Good thing we had Serpentine Spy in our lineup. Its Opportunity ability helped our team in quickly eliminating low health monsters that paved our way to victory.

Combining the Sneak and Opportunity abilities worked succesfully in this battle. Also having Lava Spider to protect Tenyii Striker from Sneak attacks increased its presence on the battlefield allowing it to last until the last round and win the game.

Do you like the RADIATED BRUTE? Why or why not?

I like using Radiated Brute in high mana matches because of its high Health and Reach ability. Using it as a backup tank suits these stats very well.

That's all for now folks. See you next week for another Splinterlands Battle Challenge. Cheers!!!