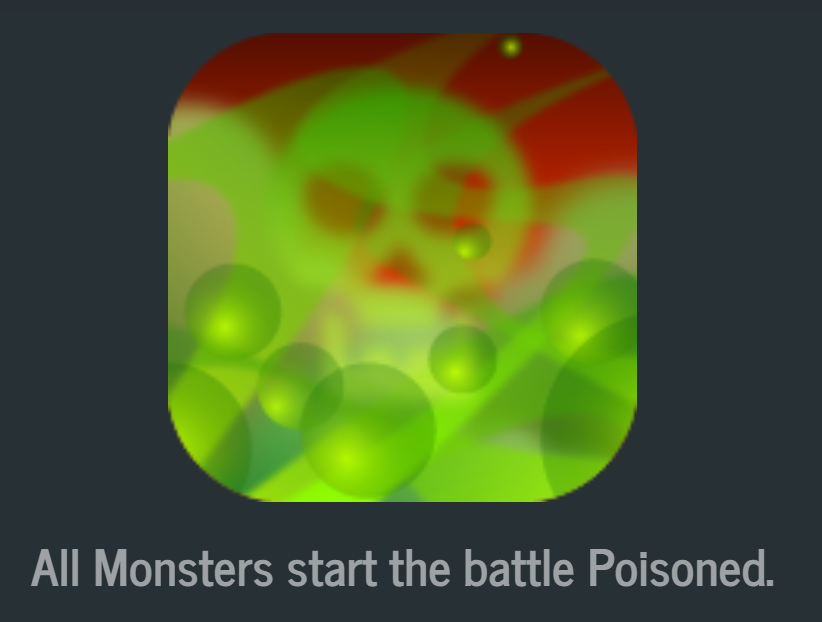 In the Noxious Fumes ruleset, all monsters start the battle poisoned. That means that at the end of each round, they will all take 2 damage.

There are 4 abilities that really shine in this ruleset...

Self heal, tank heal, or triage all help in keeping the poison at bay. I prefer a self healing monster and I like to put them in a position where they aren't likely to take damage until after everyone else is dead. Maybe at the end, maybe one before then if I expect a sneak attacker.

Removes negative effects on monster in 1st position (no poison)
Some level one cards that do that are Scavo Chemist, Silvershield Bard, and River Nymph. Also Sacred llama Mage but that one is pretty pricey

I prefer the 3 health monsters over the bard because with 3 health, they'll live a bit longer

Here's a match where the Scavo Chemist cures the tank of poison making the difference between win and loss.
https://splinterlands.com/?p=battle&id=sl_d1116bb967fe1b9d13c88b31dc7b565&ref=powermeat

This ability makes monsters immune to negative effects like poison. Some level 1 monsters with immunity are Kralus, Forgotten One, and Almo Cambio.

The monster gains +1 health every time another monster dies.
Level 1 monsters with Scavenger include Ant Miners, the new Riftwing (which is nice on the rare Earthquake + Noxious Fumes ruleset since it also has flying), and Gelatinous Cube.

The way to really take advantage of this is to try and max out your monsters in all 6 slots. On lower manacap matches, this could mean you add a few low cost 0, 1, 2, or 3 mana monsters. Just keep in mind that they will likely die after 1 round so your scavenger monster gains health. This is nice to pair with the low cost cleanse monsters. The best of these is a leveled up Gelatanus Cube. It has both Scavenger and self heal.

In this match I have River Nymph dispel the poison off of my Diemonshark so it's very likely to live. I also had a Gelatinous Cube growing but that was unnecessary.
Often times in poison matches, many of the monsters left will have the same health so Trample is likely to happen. Here we are on the 3rd round when my Diemonshark Trample kills all 3 of their remaining monsters. 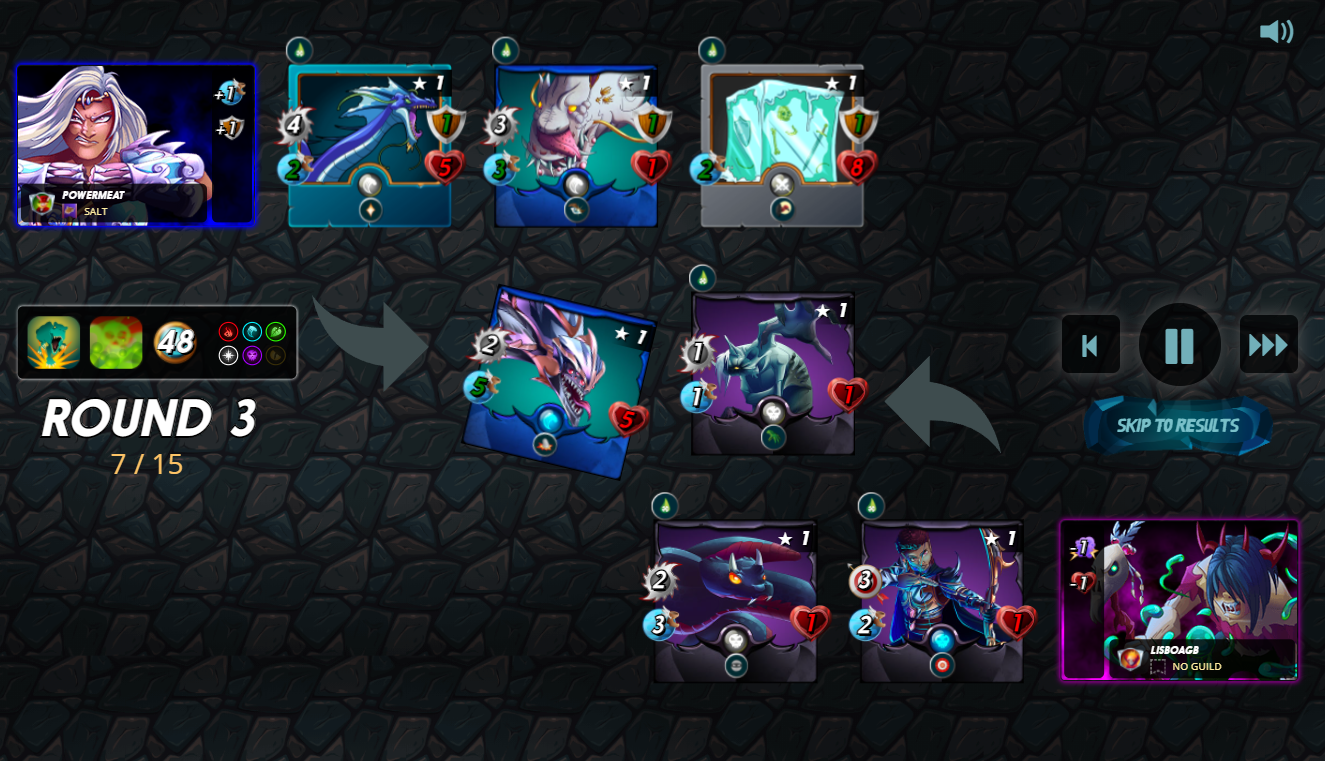 Like having a smart person sitting next to you -@gdog

I'm developing a tool where once you start a battle, you can see a list of highest % win builds for that battle's manacap and ruleset using only the cards you have.

If you'd like to become a beta tester for free, join this Discord channel
Http://SplinterWinner.com

Another great skill during Noxious fumes is Enrage: your monster will trigger it immediately after the first poison damages, even if it has armor. It makes Almo really great during fights with Enrage + Noxious rulesets: it is an evade tank and will gain speed, making it really hard to reach!

Combining abilities to rulesets is vitally important to ruleset, in particular Noxious fumes!