Should you Rent Power to rank up to Silver? what about Gold? Diamond?

@powermeat 45
about 1 year ago (Edited)
Splinterlands

There are some pros and cons to ranking up. Personally, I keep 1 account in bronze and my other in silver even though both could end the season in Gold... you'll understand why by the end of this post.

Want my 2 tools for getting cheaper rentals to rank up?
👉https://www.splintertalk.io/@powermeat/2-tools-to-make-end-of-seasons-rentals-cheaper

Pros to renting power to rank up

🔥 If you are bronze and considering ranking up to Silver, one of the biggest reasons to do it is the quality of your reward chests. In bronze, you will get Credits in your daily and season end reward chests. In Silver and above, you'll get DEC instead. Currently, DEC is much much more valuable than credits.

🔥 As you rank up higher, the amount of reward chests you get goes up... but the question is: "How much should I pay for each chest?" 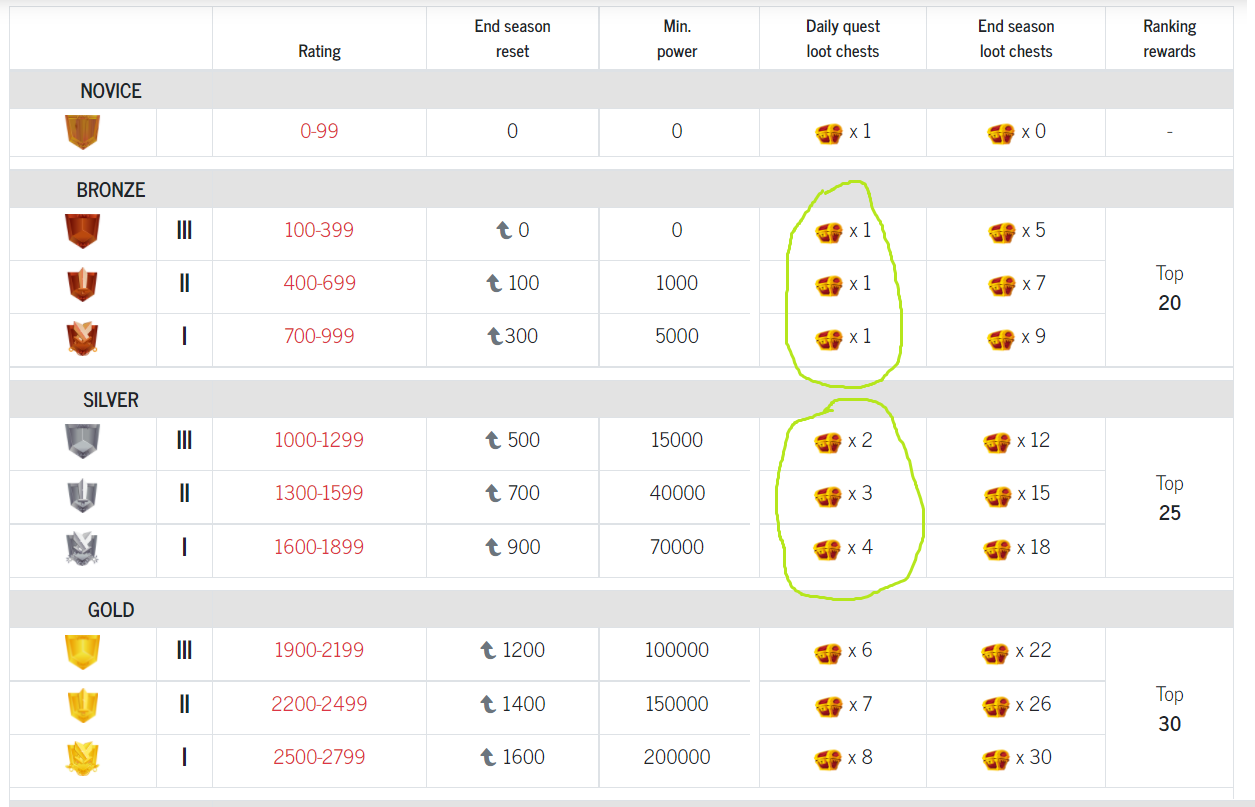 Moving from bronze to Silver III gets you an extra daily loot chest and as you move up in silver, you get more daily chests.

Use this loot chest calc to see how much each chest is worth https://www.splintercards.com/tool-lootchest.html

🔥 More DEC per win. This is regularly changing but their aim is to make it more profitable to be higher rank and own more cards.

Cons to renting power to rank up

🔥 As the season gets closer to ending, the cost to rent power goes up.

🔥 As you rank up, your cost for entering tournaments goes up.

Silver III has much better rewards but Bronze lets you enter the novice tournaments for only 2.5 SPS while Silver requires 25 SPSl

Want to see what wins the most?

I'm developing a tool where once you start a battle, you can see a list of highest % win builds for that battle's manacap and ruleset using only the cards you have.

If you'd like to become a beta tester, join this Discord channel
https://discord.gg/KSaZ3DHMtm

Congratulations @powermeat! You have completed the following achievement on the Hive blockchain and have been rewarded with new badge(s) :

Hey sound awesome, your discord link is down tho

Hey powermeat, Your Discord link is down. Might wanna fix it - I'm interested in being a beta tester.

Wow man. Spectacular post and crystal clear. I will certainly go for second account 4 sure. Which are ur rented cards for tournaments?

I like the untamed, no legendaries, novice tournament since I don't have a deep collection and all my good cards are level 1. In that tournament, the only cards you don't have are the untamed epics so I rent them all when I start the tournament. price for that changes quite a bit depending on how close we are to end of season