@pvmihalache 64
about 2 months ago
leofinance

Another week ... another challenge! This time we move to Life Splinter for an Untamed Melee Common card, the shatter resistant Crystal Jaguar. 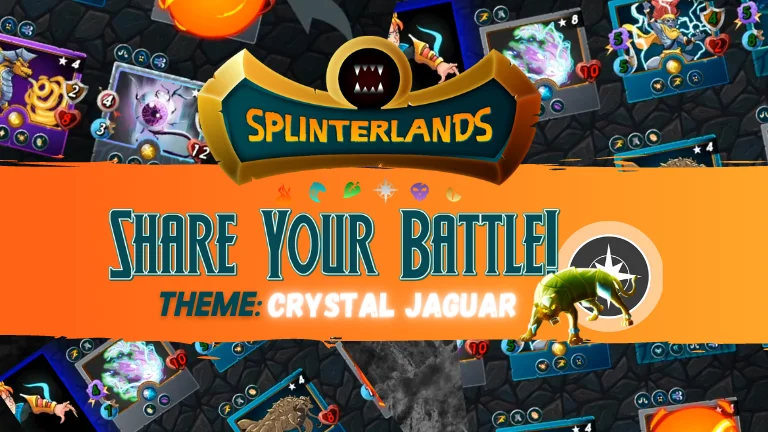 This monster can be a decent and cheap tank, specially if he is backed up with stacked armor from a Truthspeaker. Not sure about what you think but I thought about the Jade Panther the moment I seen it. However, the Mist of Pandaria mount was much cooler and battle-geared then the Crystal Jaguar 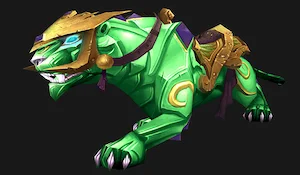 The card costs 4 mana, and offers Thorns at level 4 and Retaliation at level 10. The starting level will have 5 Health Points, 2 Speed, 1 Armor. I am honest and I admit that I never ever used this card for any battles until it was chosen for the weekly battle challenge 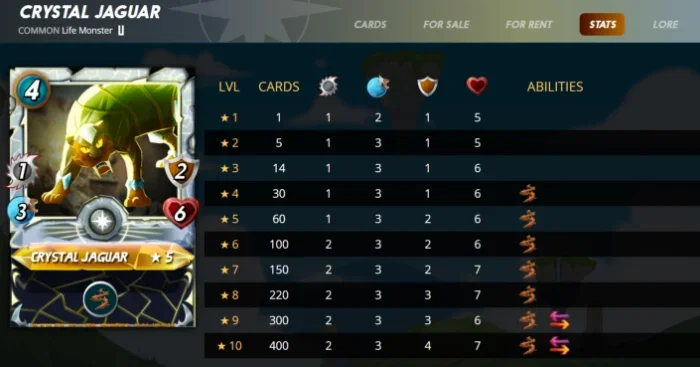 This battle will be tough as the 99 mana cap will allow both myself and my opponent to chose the best line-up. The issue is that all my Life Splinter summoners and mounters are level 1 and the range is limited.

The opponent chose the Nature Splinter with Lyanna Natura as summoner, adding one health point to all monsters. His team had two ranged and 4 melee with high life.

First blood came in Round 1 when the enemy Cyclops couldn't handle the heat. By the end of Round 2 the Silvershield Sheriff made another victim and I lost the bonus armor as the Truthspeaker was collateral damage

The Crystal Jaguar survived until Round 3 but the brute force of the Flesh Golem was enough to shatter the shiny cat. The enemy team was weakened a lot and looks like I will cruise towards the victory!

The Goblin Mech was the wall that stopped any assault. The backline nuked the Unicorn Mustang and soon was the Elven Defender turn. A true demonstration of strength and power! See the full battle here!

I assume that at higher levels, with Thorns, the Crystal Jaguar is a good option for main tank but at level one I can think about many other cards that will have more impact in a battle. I may use it in the future but only if I will need a 4 mana tank in front of overpowered melee or casters.

thanks for the visit and upvote