Elune blessed the woods with the gift of life and rejuvenation. The spirits of the forest will guard the inhabitants and will listen to the call of the nature. The Centauri Mage is one of Shan'do Stormrage favorite pupils. The Centauri are living in harmony and balance with the forces of nature but the tranquility can become nature's wrath if needed! 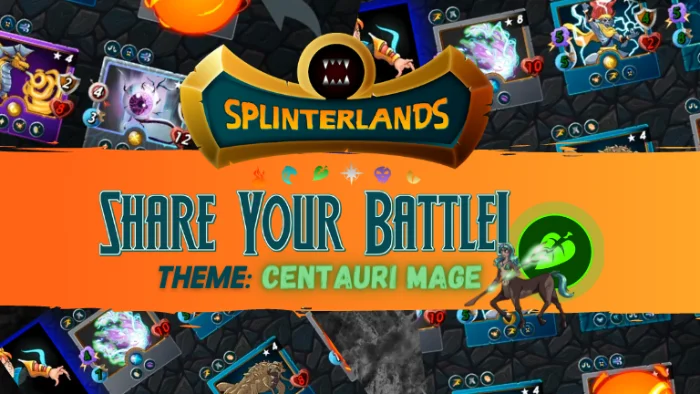 The Centauri Mage is a druid that will use nature to defend the homeland. This card is one of the expensive ones, costing 9 mana, a card that I never used until this Weekly Battle Challenge. Comes with 9 Health, 3 Speed and 1 Spell Damage, plus Return Fire ability. 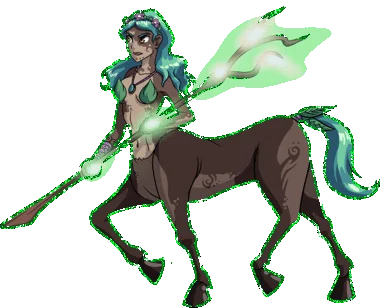 The enemy summoner ability reduced the Orc's attach by 1 and his focus was in the Haunted Spirit and his heal. The chicken was first blood nut the random factor started to kick in my favor as the Orc retaliated after was hit by the Spirit.

With the Haunted Spirit down, the whole fight turned into a matter of how fast I can nuke my opponent. The Stonesplinter retaliated again and doing so improved the wining factor. The Centauri Mage activated Return Fire and returned damage back to the Jester.

The Stonesplinter Orc retaliated for the 4th time and laded the killing blow. Lyanna wins this quick battle and the Centauri Mage had a huge contribution after using Return Fire twice and rebounded damage to the Jester. ++See the full battle here!++

The opponent chose a Fire Splinter melee team, boosting the attack by 1 Melee Point with Malric Inferno. At the start of Round 3 it finally leveled up to a 3v3 with the Stonesplinter Orc chopping enemy monsters with his axe. The Centauri Mage was the main target for Sneak and Opportunity, and is still alive thanks to the huge HP and the summoner's bonus.

It slowly turn up into a walk in the park. The Sand Worm was delivering blow after blow as the Cenaturi Mage took the damage and protected the glass cannon. It was only fair for the orc to secure victory with a last axe swing! With the Kobold Miner sent back in the cavers ... was time to celebrate! ++See the full battle here!++ Congratulations @pvmihalache! You have completed the following achievement on the Hive blockchain and have been rewarded with new badge(s) :

Thanks for the visit