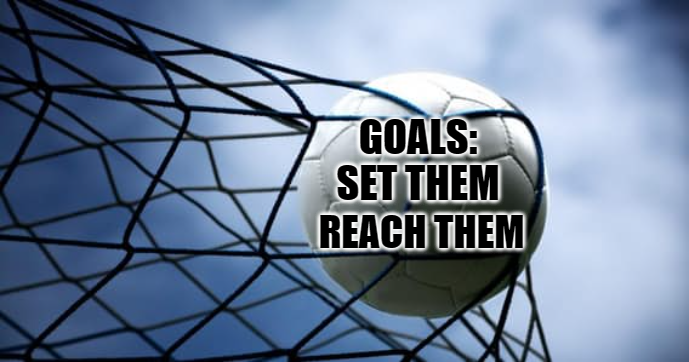 Its been awhile since I completed a My Hive Goals post so I thought it best I give a brief rundown. I like to type out my goals from time to time as it helps keep me motivated in reaching them. I managed to reach my SPT goal and hit the one million SPT mark. I still need to up my delegation to @monster-curator and once I do my original goals for the SPT token will be completed. As many of you know I started an SPT curation account named @monstercrusher so my next SPT goal will be to rework how that account functions. In short I might delegate the majority of my SPT to monstercrusher to hopefully give its initiative a boost in growth. If you are interested in learning more about my SPT curation efforts visit the @monstercrusher blog. With my SPT goals nearing completion its time for the LEO token (native token of LeoFinance) to take the forefront. My short term goal for LEO is to reach 5,000 staked.

My Leo native posts have been earning some Leo so that has helped my Staked Leo growth. I'm thinking about dedicating the liquid funds from one post a *week to purchasing LEO. This will give me a solid starting foundation to increasing my LEO holdings. MEME is another token I am heavily invested in. I think with the right push we can see the MEME tribe become one of the more popular one off tribes on the Hive Network (everyone likes a good MEME). The HiveME.ME frontend allows for NFT creation and your good pal @rentmoney has created two thus far. Both have utility. One can be traded for a Chaos Legion Booster Pack and the other for a 100% upvote from my account that holds over Two Million Staked MEME. My VYB and POB tokens have slowly but steadily been increasing. Once I reach my 5,000 LEO staked I will take a deeper look at the VYB and POB tribes and set more concrete goals. I don't plan on stopping at 5,000 LEO staked but I always thought it best to set short term attainable goals and then reset those goals once reached. 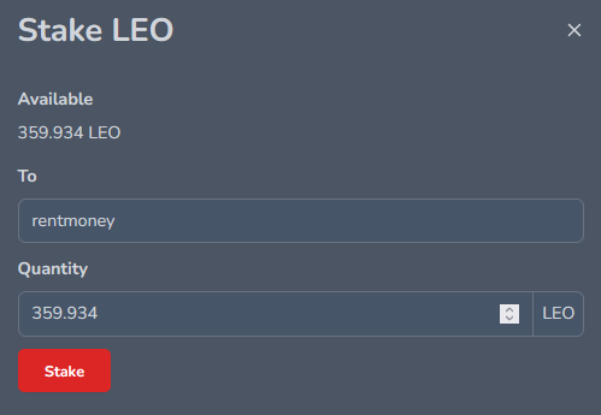 The WAKA Spiritblade Splinterlands card has brought allot of first to the Splinterland community. It was the first Summoner to have the Poison ability. It was the first summoner to have a usecase outside of the Splinterlands game itself (Acts as an art piece on SnapChat). It was also the first card to be sold on the WAX network through the official Splinterlands company. The original plan for the WAKA card was to have 50% of the cards total supply sold on the official Splinterlands MarketPlace and the remaining 50% was to be sold for WAX at a later date. Both those dates have come and gone. The WAKA cards sold on the Splinterlands official marketplace sold out in under a minute. However the 50% that were being sold for WAX have yet to sell out. Just days ago the Splinterlands team announced they will be removing the WAKA SpiritBlade card from the WAX network and selling the remainder of them on the official Splinterlands Marketplace. The sale will have a start and end date. If for some reason all the WAKA SplinterBlade cards do not sell by the date of April 5th, 2022 the cards that do not sell will be burned (removed from the game and unable to be used/held or purchased). There has been big purchases and sales on the WAX network for Splinterlands assets so the WAKA card not being well received is a little puzzling. Personally I think everyone is spread out too thin. There seems to be endless opportunities for our liquid funds in the current blockchain world and its next to impossible to take part in them all. 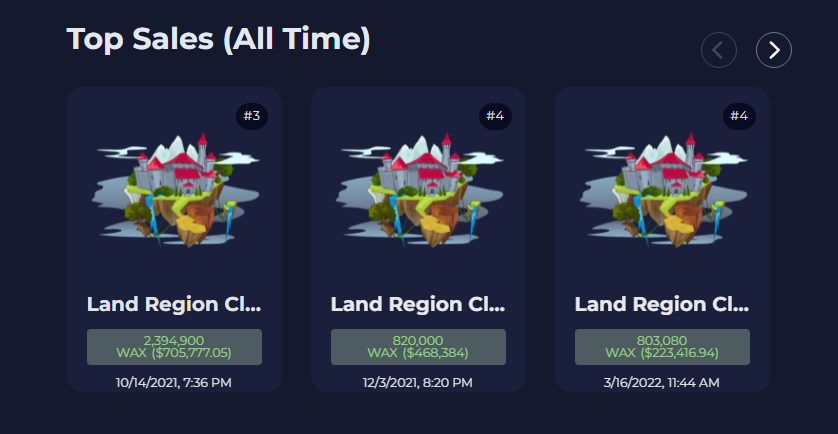 I was feeling a little burnt out after going full speed ahead for months on end so I ended up taking a break from playing Splinterlands. I went a full 20 days without a battle. I also dialed back my activity on the Hive blockchain and overall internet interaction. Currently I'm rejuvenated and am ready to get back to going full speed ahead. Doing this meant I didn't collect any rewards last season and I dropped all the way down to the Bronze League. This gave me an opportunity to play against the Bronze Players and wow are they tough to get a victory over. Make no mistake about it there are some very good players who hang out at the lower leagues. In fact I played a decent amount of battles yesterday and I'm still stuck in Bronze. I intend on moving up to Silver today but I suspect I will have my work cut out for me. Showcased below is a battle or two that I got my Splinterlands butt kicked in.

The Splinterlands card known as Waka Spiritblade is a PROMO card that has the same combine rates as Chaos Legion. This card is very unique to the Splinterlands universe as its currently the only card that has a utility that allows it to be used as an AR filter on SnapChat. It is also the first and currently only card to be linked to a celebrity (Waka Flocka: Rapper, Recording Artist, and Reality TV Star). The NFT itself is a Legendary Summoner that is equipped with the Poison ability. lolztoken.com
Why do they call it euthanasia?
It’s not like you’re getting any younger
Credit: reddit
@emeka4, I sent you an $LOLZ on behalf of @rentmoney
Use the !LOL or !LOLZ command to share a joke and an $LOLZ. (1/6)
0
0
0.000
Reply

That Gold Waka is pretty dam sweet id have to say, but i got my hands tied on it, no way im springing for it. Otherwise keep rockin Rent, had to say whats up. Hive Goals is cool, ill have to join on that one soon. Boss goals !LOL

lolztoken.com
Did you know that the first french fries weren’t cooked in France?
They were cooked in Greece.
Credit: belhaven14
@rentmoney, I sent you an $LOLZ on behalf of @captainquack22
Use the !LOL or !LOLZ command to share a joke and an $LOLZ. (3/4)
0
0
0.000
Reply

Agreed, the Waka artwork looks awesome. Toss in the fact its the only summoner with the poison ability and its a great card to have in ones collection. I look forward to reading your Hive Goals post :)

Hahahaha this is a real good joke!

This is what got me interested in rentmoney way back when... the goals, the ambition, the drive :) Good luck in reaching all your goals. We love watching you (and learn alot along the way)

Thanks for the positive comment. I'll have to stop by your blog to see if you posted up anymore amazing original photos. You always have great ones on showcase.

Hmmm, a Splinterlands Region for only $223,000? Some day we are going to look back and wish we had jumped on that!

I hope you are correct on that assessment as it would mean the Splinterlands game has become a bigger success than it already is. I suspect the current price dip for Regions is due to the SPS airdrop being 2/3rds finish but that means there is still 1/3rd to go (lots of time for new participants to get there hands on some FREE SPS).

Or existing participants to get even more FREE SPS!

This is great progress and the Leo token is one of the strongest in the Hive ecosystem. Do you still want more Meme tokens? if you are a millionaire
!ALIVE

Thanks, I agree about LEO. Its has shown its here to stay with its team members constantly bringing value to the Hive Network and the Leo Ecosystem. Yes I still want more MEME. About 2/3rds of my total meme is delegated to me however I do own about 1 Million MEME. I also recently have been given 400,000 MEME from the HiveME.ME tribe owner to help with the initiatives I run for the MEME token and MEME Frontend. First up is a Splinterlands tournament that I will be announcing tomorrow.

lolztoken.com
People say I’ve got no willpower
but I’ve quit smoking loads of times.
Credit: marshmellowman
@rentmoney, I sent you an $LOLZ on behalf of @svanbo
Use the !LOL or !LOLZ command to share a joke and an $LOLZ. (1/1)
0
0
0.000
Reply

Thanks for the !LOLZ.

lolztoken.com
If you ever get the chance to go to India
You have to try their New Delhi
Credit: reddit
@svanbo, I sent you an $LOLZ on behalf of @rentmoney
Use the !LOL or !LOLZ command to share a joke and an $LOLZ. (4/6)
0
0
0.000
Reply

You got some decent goals. What about OneUP, I use some of them combined with my SPT curator, even if I delegated 1 million SPT to monster-curator. 2 birds with one stone. Now, all I need to do is to wait for the lands, so I can rent a couple hundred lands for some decent DEC. As for me, I try to get 200K level and 50K UP right now. Then we will see. Still working on my Hive goal.

I left out a few tokens I am collecting and staking from my goals list as I don't have any concrete goals for them. 1UP is on my radar and I'm holding what I do earn. I have One Million Level tokens and hopefully will be adding to them at some point. 50K 1UP is a decent amount and so is 200K level, congrats.

Ya I noticed you were quiet! welcome back, I've been doing the same, posting less but focusing on my goals more, Interesting about your monstercrusher account, I will look into it and send my incoming spt in that direction for support!

lolztoken.com
I don't want my wife any longer.
Her height is perfect.
Credit: reddit
@rentmoney, I sent you an $LOLZ on behalf of @forsakensushi
Use the !LOL or !LOLZ command to share a joke and an $LOLZ. (5/10)
0
0
0.000
Reply