@rentmoney 70
3 months ago
Proof of Brain 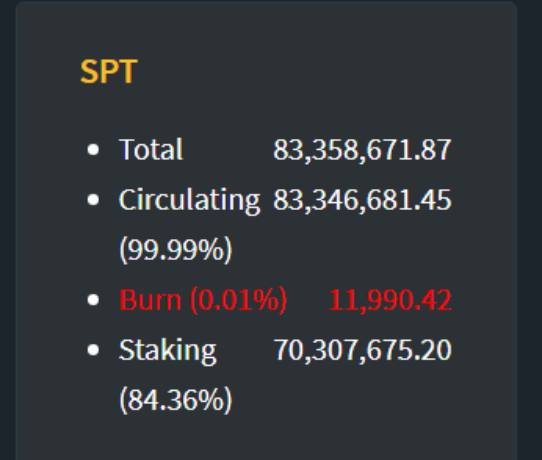 Welcome to our eighth week of the ongoing SPT burn. Last weeks topic got a nice heafty vote from @monster-curator and generated a total of 6,871 SPT. This means the curators shared 3436* SPT. The remaining SPT *3436 will be sent to be burned.

Monster-Curator is the whale of all whales on the Splintertalk frontend. SPT stake holders have delegated over 36 million SPT tokens to its SPT POWER. They reward delegators via sharing their SPT curation rewards with them. To learn more about Monster-Curator Click Here.

We will continue with the *weekly burn topic for as long as SPT stake holders show support for the initiative. Total SPT burned before we started this initiative was just 4,303 SPT. Current total SPT burned is 11,990 SPT.

I initially decided to send the burn tokens to @null but then it hit me that using the burn tokens to advertise this post via the Promotion option would be a better way to burn the SPT tokens. Burning them this way will give more exposure to our weekly topic.

SPT stake holders and content creators may not like seeing the weekly burn post at the top of the promotion page every week so I might alternate between sending directly to @null and using the Promote option as a burn mechanism. For now we will keep using the promotion burn method and play it by ear. If SPT stake holders want me to stop burning via Promote option, I will. Sound off with your opinions in the comment section.

That's right I said FREE. POB (ProofOfBrain) has shown to be one of the leading frontends within the Tribe communities. If you aren't using the tag ProofOfBrain on your Hive Network created content than I highly suggest that you start to do so. When using the ProofOfBrain tag or frontend you will earn POB plus your regular Hive Network rewards such as HIVE and HBD. Alright lets get to the Giveaway. The rules are simple. All you need to do is tag two others in which you think want to win some free POB (No tagging your alt accounts). On the *seventh day of this post creation I will use a random number generator to pick a winner. The timing of your comment will determine your raffle ticket number. If the almighty random number generator picks your number you will win Three POB and the two that you tagged will win One POB each. Good luck to those participating in the draw.

Recently we went over SPT and some ways we can make the SPT token more valuable. We had allot of great suggestions that fell under the below categories,

To read these suggestions in detail Click --> SPT & Use Cases!.

Only the devs can give SPT an in game use case. All we can do as a group of Splintertalk (SPT) users is keep suggesting that they do so. Hopefully if enough SPT holders consistantly speak up we might get one sooner rather than later. Until that day comes there's still the two other options listed above in which us Token holders can help implement.

Before we go over what this post is intended for I'm going to give a short description of both SPT and Splinterlands. Feel free to skip past it if this isn't your first SPT rodeo.

Splinterlands is a digital card game created by @aggroed and @yabapmatt. Tournaments in which giveaway prizes that have monetary value are being played daily. You can start playing or investing in Splinterlands today by clicking here. 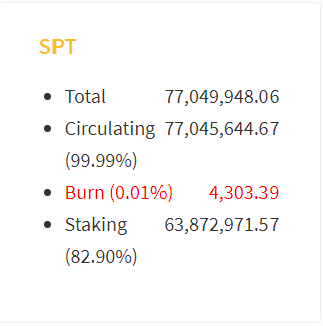 This post is going to focus on suggestion (3) Burn suggestion. If you read the topic SPT & Use Cases! you will notice in the comment section that the idea of a SPT burn post sprung to mind. Well friends this is that post.

What Do You Mean By Liquid SPT?

Liquid SPT is the authors share of the earned SPT rewards a post generates. This means you as curators will still earn your share of curation rewards when you upvote. I as the author of this topic will send my share (the Authors share) of SPT earnings this post generates to be burned.

I'm not sure how well received this plan will be but if SPT holders show interest via upvoting/commenting I will make this a *weekly burn post. Currently out of the total supply of SPT tokens given out to date just 0.01% have been sent to be burned. I hope to dramatically increase that percentage. 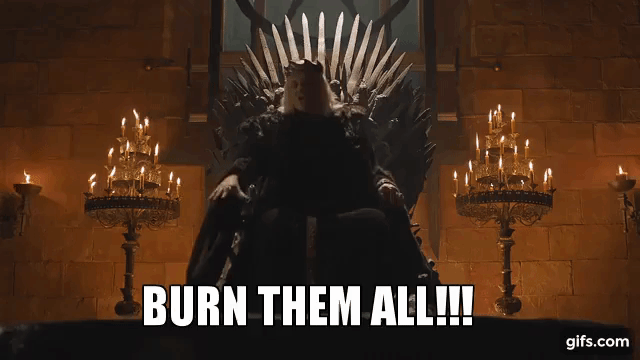 You 100% should. I only have 100 Staked atm but I plan on staking more in the upcoming weeks.

Brain Power Up Day is on the 2nd of every month. Good incentive.

SPT will be sent to be burnt within 24 hours.

I'd like to get me some of those sweet POB tokens you mentioned. @pixiepost and @scrooger are two great Hivers and they should get some POB also.

Thank you so much, my friend. You are awesome :) 💚

i started using pob tag and will build a nice stake over time. tagging @burlarj

Nice, welcome aboard the POB train.

(Friendly Reminder: Don't forget to tag two, I see you tagged one already :)

oops sorry, tagging @xawi and @burlarj for this POB giveaway!!

Free is always the best price.

(Friendly Reminder: Don't forget to tag two, I see you tagged one already :)

Burn the SPT means to send the SPT to @null. Null is an account no-one has the keys for so anything sent to it is "burned". Doing this action lowers the SPT in circulation. The above screenshot shows that I used 3436 SPT to promote the burn post. The action of using the promote feature on the Splintertalk frontend sends the tokens used to promote to @null.

Haha somehow i typed ? instead of !!

This is a very interesting raffle and post. I will have to take some time to study more about SPT, etc since I have been playing catch up on HIVE lately lol....

While there are several people I would like to tag, I will choose @cryptofiloz & @joetunex for this one. I think P.O.B will be welcome for anyone.

Good luck, everyone & thank you @rentmoney for doing this! :)🧡

@rentmoney! I sent you a slice of $PIZZA on behalf of @pixiepost.

Kind of you Jenn, thanks for the tag

You're welcome, good luck in the draw.

Good initiative of trying to get SPT more valuable.

Hey @joetunex, here is a little bit of BEER from @rentmoney for you. Enjoy it!

im confuzed SPT and POB are 2 random tokens, did we earn SPT and convert to POB or what? Im new sorry for stupid questions

SPT and POB are not linked other than being on the same blogging blockchain known as the HIVE Network. Combining my SPT post with a POB giveaway allows for me to introduce SPT to the POB community and POB to the SPT community.

Hey @rentmoney, here is a little bit of BEER from @cloudblade for you. Enjoy it!