@reonarudo 59
about 2 months ago (Edited)
LeoFinance 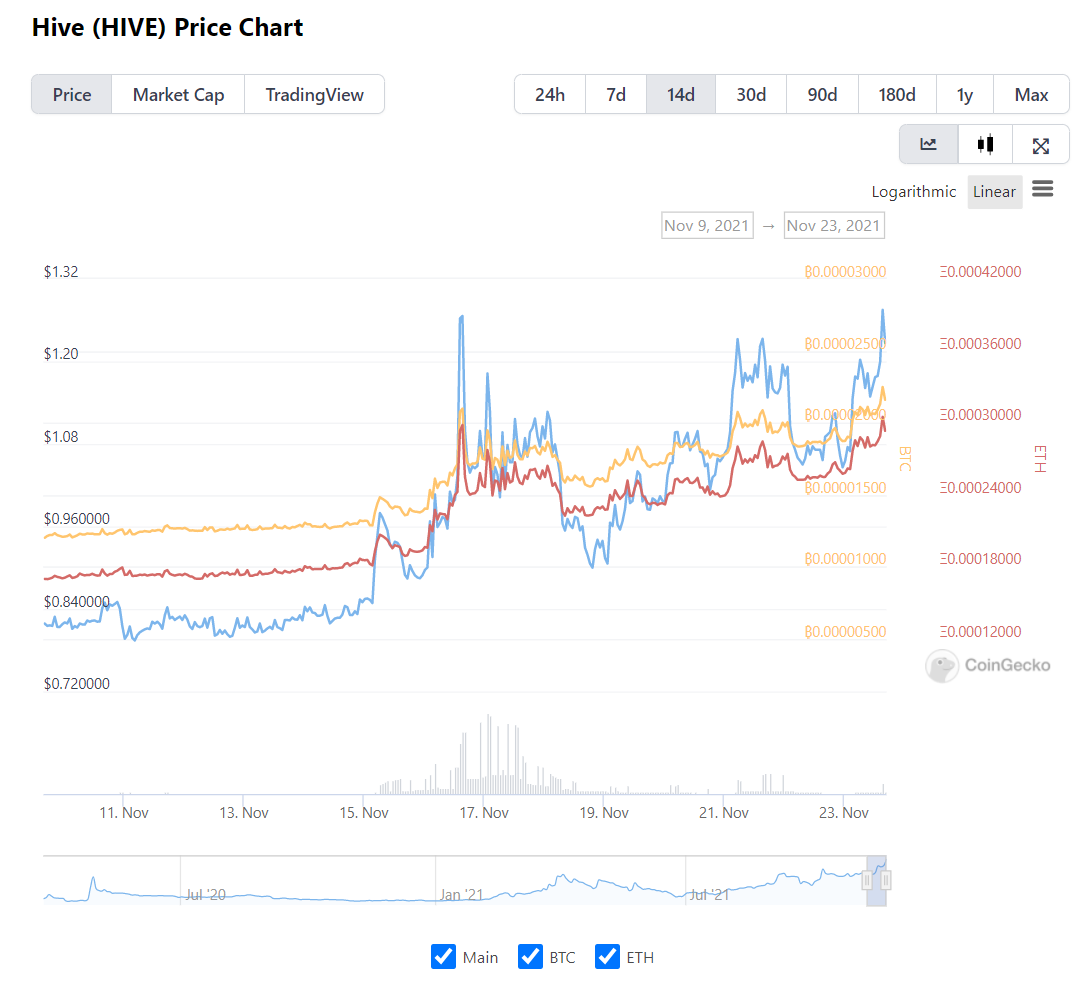 There still is no hype of any kind around HIVE despite Splinterlands being one of the most popular decentralized play-to-earn games in the world. The appreciation trend of HIVE seems entirely organic.

The latest upside momentum looks different from the usual Korean Upbit-driven spikes followed by a gradual return to an old baseline. The price of Hive seems to be creeping up without much drama - in the middle of a deep market-wide correction.

I actually like this much better than the usual hype-driven and VC funded mania fueled by social media influencers. This type of appreciation is on a much more solid foundation. I also love the fact that there is no single centralized company behind Hive that succeeds solely on the back of VC funding. VC money comes with strings attached in the sense that VC firms are centralized and regulated companies. Hive, in contrast, is being funded by individuals from around the world. HIVE is a true utility coin whose increasing usage is driving its appreciation. This way, we are less likely to find regulators breathing down our necks like old pervs going forward.

I am also very happy that there aren't investors such as funds, VCs, etc. in the HIVE ecosystem. HIVE is mainly distributed to the HIVE's users. This makes the ecosystem very well decentralized and resilient.

It does not seem likely that Hive will be stealing the spotlight any time soon. The entire space will grow with increased adoption and Hive will grow with it. Once the regulatory crackdowns commence in earnest, I know we will be better equipped to deal with them than most other projects.

This is how it should be. Hive is ahead of the curve. The Steemit debacle turned out to be a blessing in disguise.