So @splinterlands Chaos Legion is here!

I was lucky to be able to open 110 packs right off the bat!

I opened them as fast as I could and played the ultimate meta game no one was playing!

I sent my higher end cards as fast as I could to the WAX Blockchain!

There is a bridge in game to move your NFTs from HIVE to WAX.

WHY? To get those covided first mints! First Mints hold an extreme value to some collectors.

What is a first mint? Its a the FIRST NFT Minted to the blockchain for that type of card!

I was lucky to get 12 of them, I missed Doctor Blight by two mints. I REALLY wanted the first mint of that! 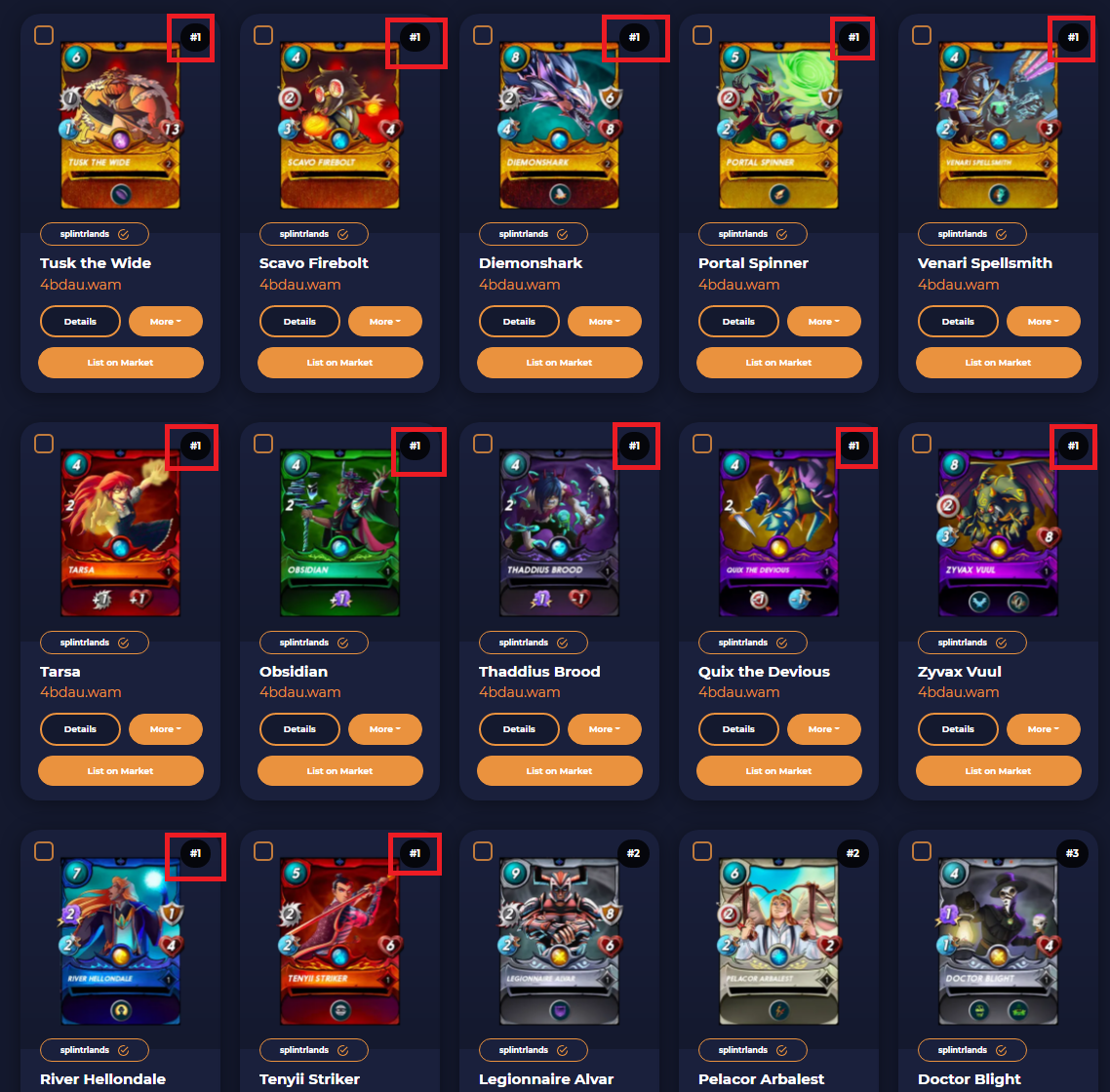 Good going, I had no idea they counted the mint order, is it on the older cards too?

Congratulations @reseller! You have completed the following achievement on the Hive blockchain and have been rewarded with new badge(s):

Genius! I never used WAX but this minting number game is hot.