The Horror of my AutoVote (Now Corrected!)

I've switched most of AutoVotes off, these days I just have a few people on AV twice a week to help keep my VP below 100%.

However I think I must have made a mistake with monsterbuster

I don't know whether he used to produce decent content or whether I'd typed his name in wrong in the first place but to my horror I noticed earlier today I'd been gifting this guy 150 SPT for probably several months for posting this sort of shit: 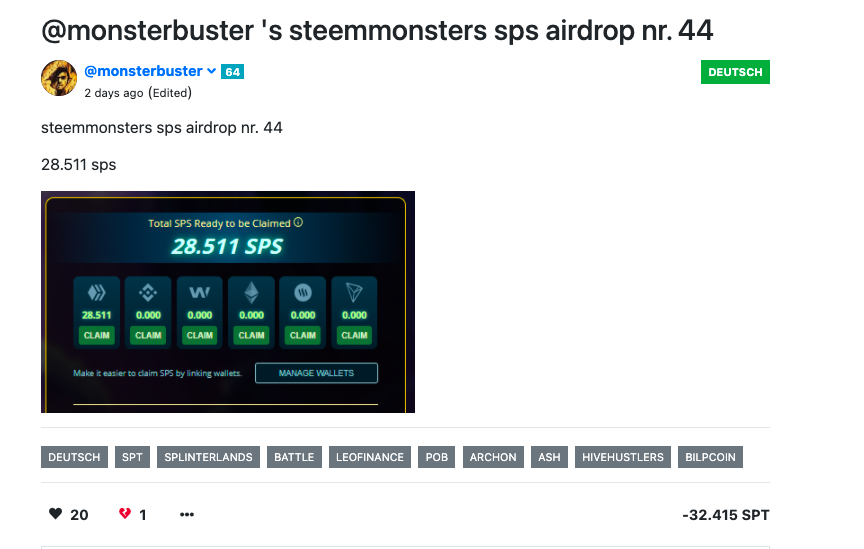 NB that's not a screenshot of the first bit of the post, that's the whole shabang, I mean it's the LOWEST form of content.

Corrected now and I've wiped out all his rewards for the last week.

I'm not having people earning SPT for posting screen shots of what I've got no interest in knowing, but could find out on Peakmonsters easily enough anyway!

I probably meant to add someone else onto AV, there's plenty of accounts which start with the 'monster' prefix aftera all.

Still, sorted now and I got rid of a few other AVs too.

It can happen and you did well to notice and correct it.
I also occasionally look at my automatic votes to see if I'm voting for someone who puts in little effort.