The Splinterlands Update We Desperately Needed 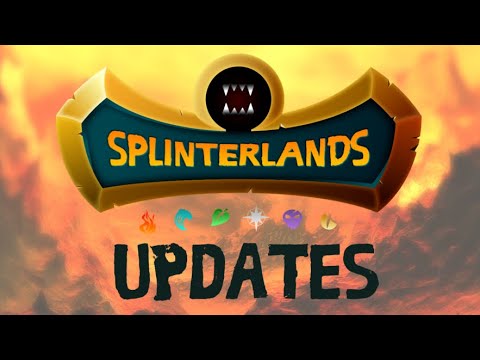 One thing that I have always thought about Splinterlands was that there was not all that much to do after you've hit your daily quest requirements at lower leagues. Of course you can play and get enjoyment from the game itself, but in the past, the earnings were small and the competition was often not so tough when you could freestyle which splinter you wanted to use.

I absolutely love this new format with the elemental focus. Having to use the same splinter when your enemy can basically expect you are going to be coming into the battle with it presents a wild challenge in finding small differences to employ between your teams you field from match to match. Additionally, you can battle with a purpose for much longer as you are not only trying to stack points for your daily quest to get to the maximum earnings, but also adding points towards your season end rewards. Now every battle actually does matter and helps you progress towards a tangible goal that is more than just a few DEC.

Another issue that I previously with the game that was now solved by the @splinterlands team was that season end rewards were capped. Once you progressed to the maximum league that you were allowed by your power, you really had little incentive to continue battling past the daily quest unless you were gunning for a top spot to earn DEC rewards.

With this new update, you can keep battling to get all the way up to 150 rewards chests for season end at the silver league. This number looks to be wildly difficult to achieve as well as I probably played for a few hours yesterday and have only hit 4 season end chests!

My one fear for the game in essence was that it had become a goal oriented game where you just had to get in, do your job and then leave to basically maximize value. This update provides a shot of adrenaline to the ecosystem as players will need to actively engage with the game for longer periods to reap solid rewards. It is inspiring a system of player loyalty and rewards those who are successful players investing time and money into the ecosystem.

This was a huge step in the right direction for our game.

Who I am:
My name is Rob and I am a financial analyst with interests in cryptocurrency and blockchain. I have enjoyed my time thus far engaging with Web 3.0 and am looking to continue learning more and sharing what I learn through my experience.

⚠ The LUVbot will soon require that no other ! commands accompany it. Details here.
0
0
0.000
Reply

I don't really know if I like the new system or not but it does sound rough in the start and it might not be that kind to the people who ended the season in silver III. 30 wins to get a single chest doesn't seem very great and he would have to fight their way back to silver to get a chance of getting the chests.