ALRIC STORMBRINGER
The oldest ΛZMΛRÉan Summoner, Alric Stormbringer, founded the modern arts of Chaos Magic. He has many pupils from around the Splinterlands. Alric’s gift is not so much bringing the storm, but channeling it. He has lived for hundreds of years, and some stories claim he was alive before the Splintering.

Today I share my last 3 battles with you in the video.

The 3rd battle was a low mana battle, but Summoner Alric Stormbringer is not very effective in low mana battles. Because monsters with magic attack ability have low health, they are destroyed quickly. That's why I chose Zintar Mortalis in this battle and won the battle in the 2nd round. I think it is more effective to choose Summoner Alric Stormbringer in battles of 20 mana or more.

Not : I'm talking about playable cards for beginners only. I'm still in Bronze as I just started the game.

Today was the end of the season and I had 7 chests of rewards, I opened them all. I won 5 NFT cards, 2 of them rare. It's really exciting and great to have an NFT card no matter the price. 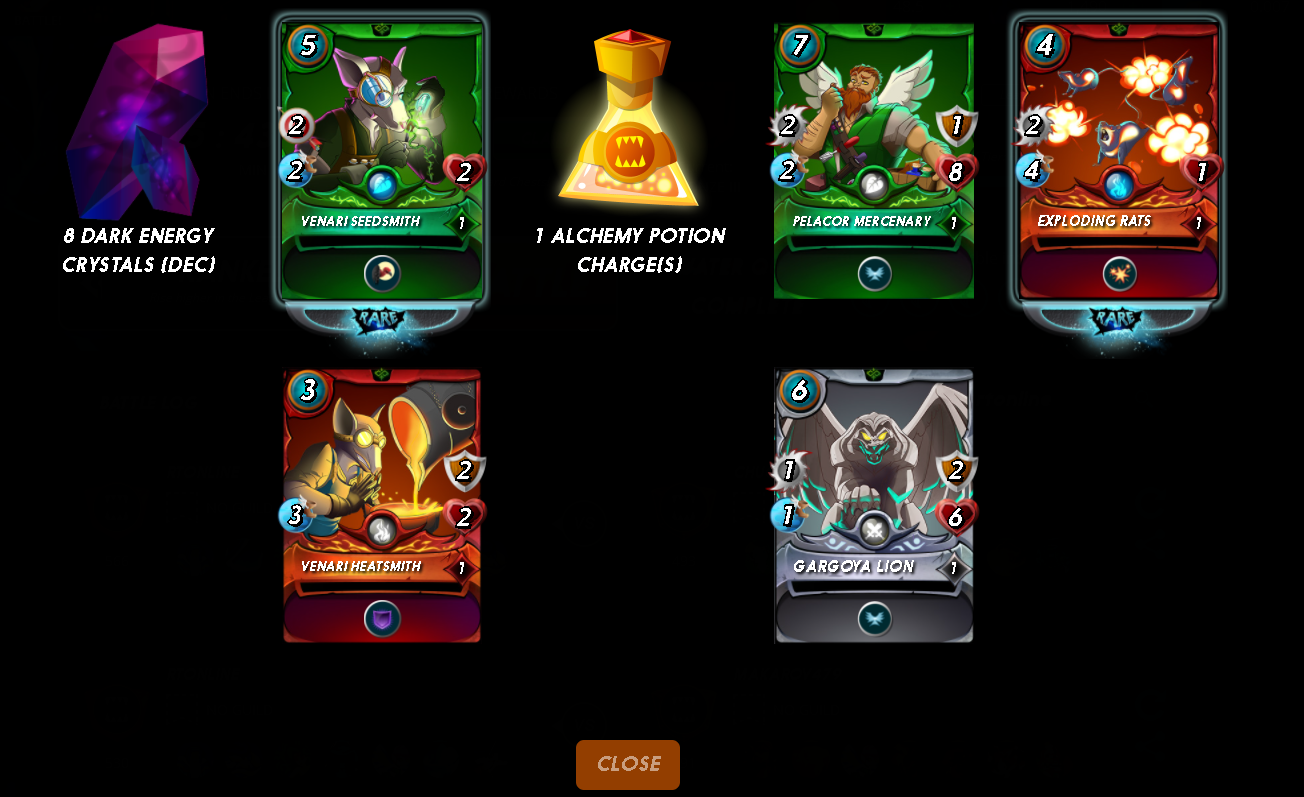 Also, I think the 5 monsters that are my reward for today will be very helpful in winning the battles. In short, I am happy with today's awards. Thank you to everyone who contributed to the making of such a wonderful and exciting game.

I also use Alric Stormbringer in many of my battles. Congratulations on your awards.

I got to buy more blue magic cards to utilize him better.

Yes it is, but it is very effective for beginners and those who do not have many cards.

Congratulations @rtonline! You have completed the following achievement on the Hive blockchain and have been rewarded with new badge(s) :