A Good Strategy Can Overcome Even the Strongest. And Focus Chest

@rtonline 71
about 2 months ago
Splinterlands

Fog of War rule means Monsters lose the Sneak and Snipe abilities.
Heavy Hitters rule means all Monsters have the Knock Out ability.

Before starting the battle in the video, I reviewed the last 5 battles of the opposing player and the opposing player had very powerful NFT cards. Summoners and Monsters were level 7. And indeed it would not be easy to beat such a team and I had to come up with a very good strategy.

I put low mana Monsters in the first and second positions on my team to nullify the opponent's initial attacks. In other positions, I put Monsters that attack with Magic Attacks. But in this battle, the Monster I trusted most was VOID DRAGON. VOID DRAGON had Flying Ability and Void Ability, I thought with VOID DRAGON we could defend well against the opposing team.

Flying Ability : Has an increased chance of evading Melee or Ranged Attacks from Monsters who do not have the Flying Ability.
Void Ability : Reduced damage from Magic Attacks.

And indeed my strategy worked very well in this battle, we managed to beat a pretty powerful team pretty easily. All the Monsters on my team put up a pretty successful battle against the 7th level Summoner and Monsters. You can watch their great battle and great struggle in the video. 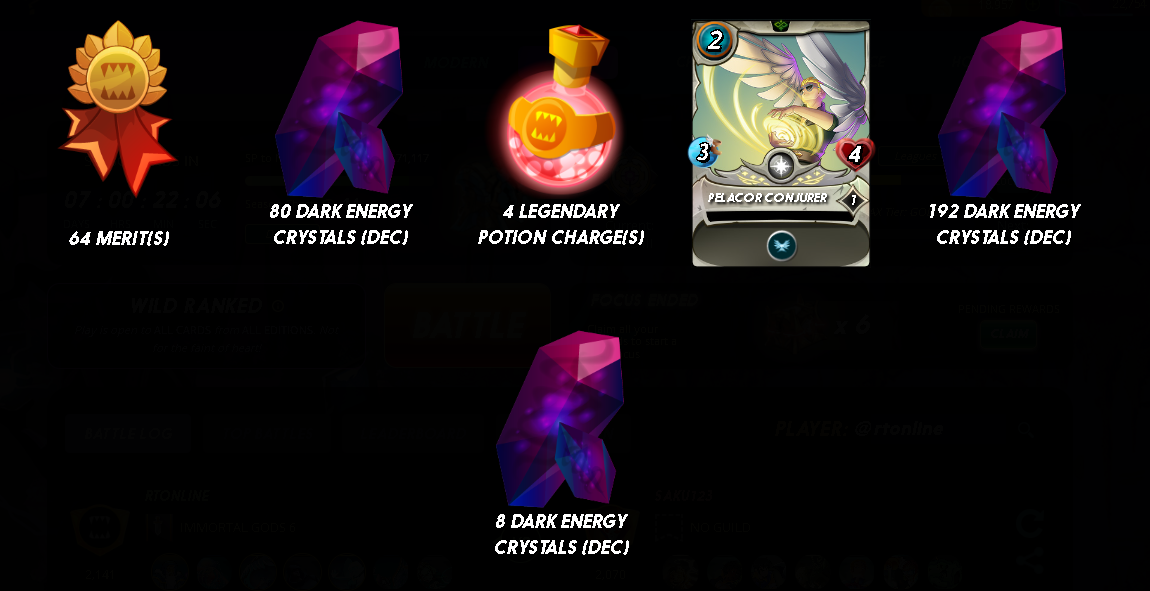 That is a good win buddy, going at your opponent with magic.