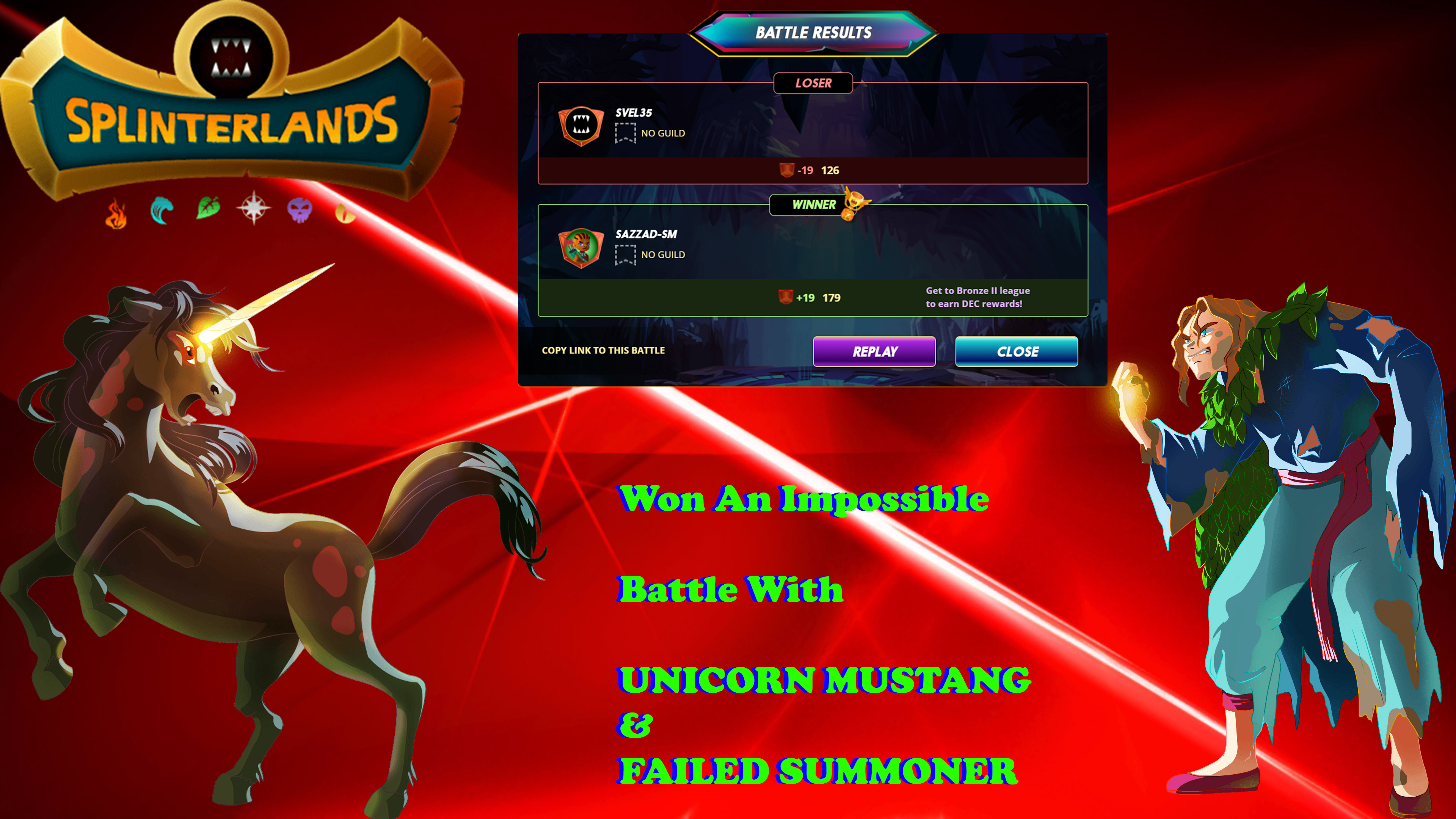 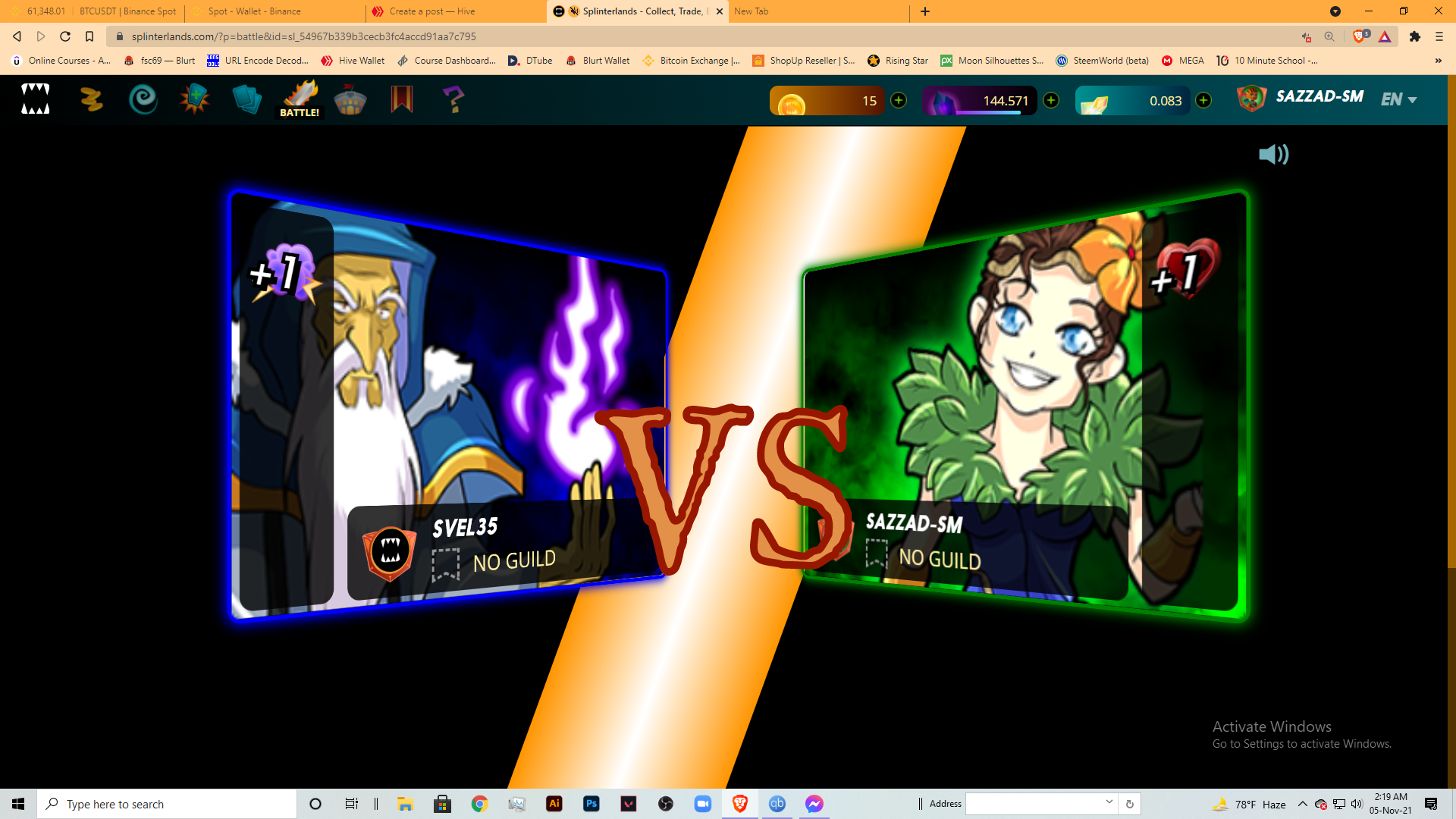 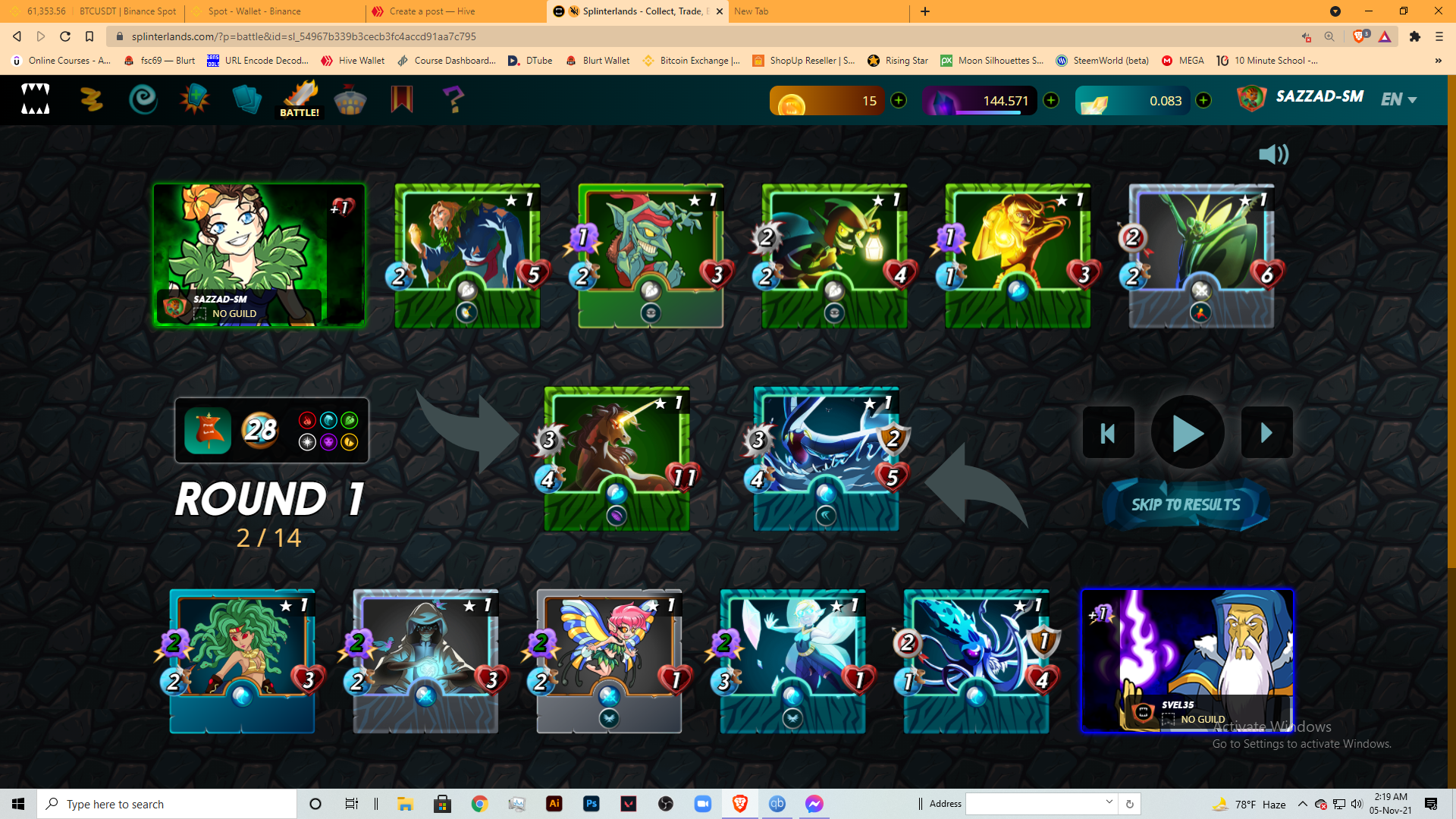 As you can see in the screenshot that I've added here, I used the Unicorn Mustang in the first position. The Unicorn Mustang is an untamed rare card that plays under the earth summoner. I mainly use this card in the first position cause it can't attack from any other position. Also, it works as a strong defense in the first position. It has a huge amount of life that helps it to survive against any attacks for a long time. And it also has a special ability named void. This ability provides this monster a shield against any kind of magic attack. It only gets half damage from magic attacks. Also, this monster has a strong melee attacking ability including fast attacking speed. And all those abilities make this card one of my most favorite monsters to put in the frontline.

Now, something special about this UNICORN MUSTANG and this battle.

Look at the screenshot. See the enemy using all those magic monsters? Also, he used the ALRIC STORMBRINGER as summoner which has the ability to increase the magic attacking ability of every enemy monster. I'm sure if I had used any other strong monster without the void-ability, I'd lost the match. No matter how strong that monster might be. But the Unicorn Mustang did a great job holding its position. Though the Serpent of The Eld and the Giant Squid was being a pain all the time.

End of my main defense:

Then I used the Failed Summoner. Wait a minute. Who named added this "failed" title to it? Believe me, this card was the most helpful card for me in this battle. The Failed Summoner is a common untamed monster that plays under the earth summoner. The main reason for me using this card is its magic reflect ability and also it costs only 2 mana caps to use in battles. Also with the help of the summoner, it gains 5life and can be useful after the death of the 1st monster. But, to be honest, I had two mana caps left after making my lineup. I was going to use the Cocatrice but then I thought that this card can be more useful. But, I never thought it would be that useful. Wanna see why I'm saying that this card was my game changer?

As I already said that this card has the magic reflect ability and It came in the first position after my Unicorn Mustang died. Meanwhile, my monsters with snipe and sneak abilities had already taken down the Medusa card of the enemy that was standing at the end of the line. But there were still enough cards to make me lose that match. But, which one of my cards was standing in the first position? The Failed Summoner. And, which ability does this card has? The Magic Reflect. Now, three of the cards of the enemy were using a magic attack and two of them had only one life. I think you already have the image in your mind. If not, I'm sharing the details in three gif files that how this card helped me to win that match.

Death of the enemy's ICE PIXIE.

Death of the enemy's ENCHANTED PIXIE.

Glorious Death of My FAILED SUMMONER.

For me it's not a card that has failed. It may have failed as a summoner. But, as a monster. It's a game-changer. I still can't believe that a card that costs only 2 mana caps and I used it as a sacrificial pawn, helped me to win this match.
It was all about my lineup and also about the reasons to put each card in its position including the abilities of the cards.

It did die before taking down the last magic attacking monster. But, it had already weakened that enemy monster and it was also helpful indeed.

And that's how my first two monsters died. Now, let's talk about my other cards who were nothing less helpful in this battle.

In the 3rd position, I've used the GOBLIN SORCERER.* The GOBLIN SORCERER is a common beta monster that plays under the earth summoner. I use this monster in almost every match of mine. First of all, it costs only 3 mana caps and it's a monster attacking with magic. Then, it has the sneak ability. Two lives, two attacking speed. Compared to other common monsters that cost 3 mana caps to use in battles. This card is truly amazing.

After the GOBLIN SORCERER, I used the GOBLIN THIEF in the 4th position. The GOBLIN THIEF is a common untamed monster that plays under the earth summoner. It's also one of the monsters that I use in almost every match that I play using the earth splinter. The reason behind this is, this monster has 2 melee attacking ability including the sneak ability. Which has been always helpful for me and even in this match this monster was a real help.

Then I used the KHMER PRINCESS in the 5th position. The KHMER PRINCESS is a rare untamed monster that plays under the earth summoner. And there are two reasons for me using this monster in my lineup. It's because it costs only 2 mana caps to use in battles and it's a monster with magic attacking ability. Its magic attacks were helpful against the Serpent Of The Eld because that monster had a level two shield and it also had the dodge ability. So, magic attacks were really harmful to it.

In all of these battles I used the same strategy. It was to use my monsters with snipe, sneak, and opportunity ability to destroy the opponent's lineup completely from the inside. And in all of those battles, I use a strong card in the first position which has a shield, void, or healing ability. I do that cause it helps that card to hold its position for a long time while my other monsters take down the enemy monsters. I used the same technique in this battle too. But, this time the Failed Summoner changed the scene a little bit. 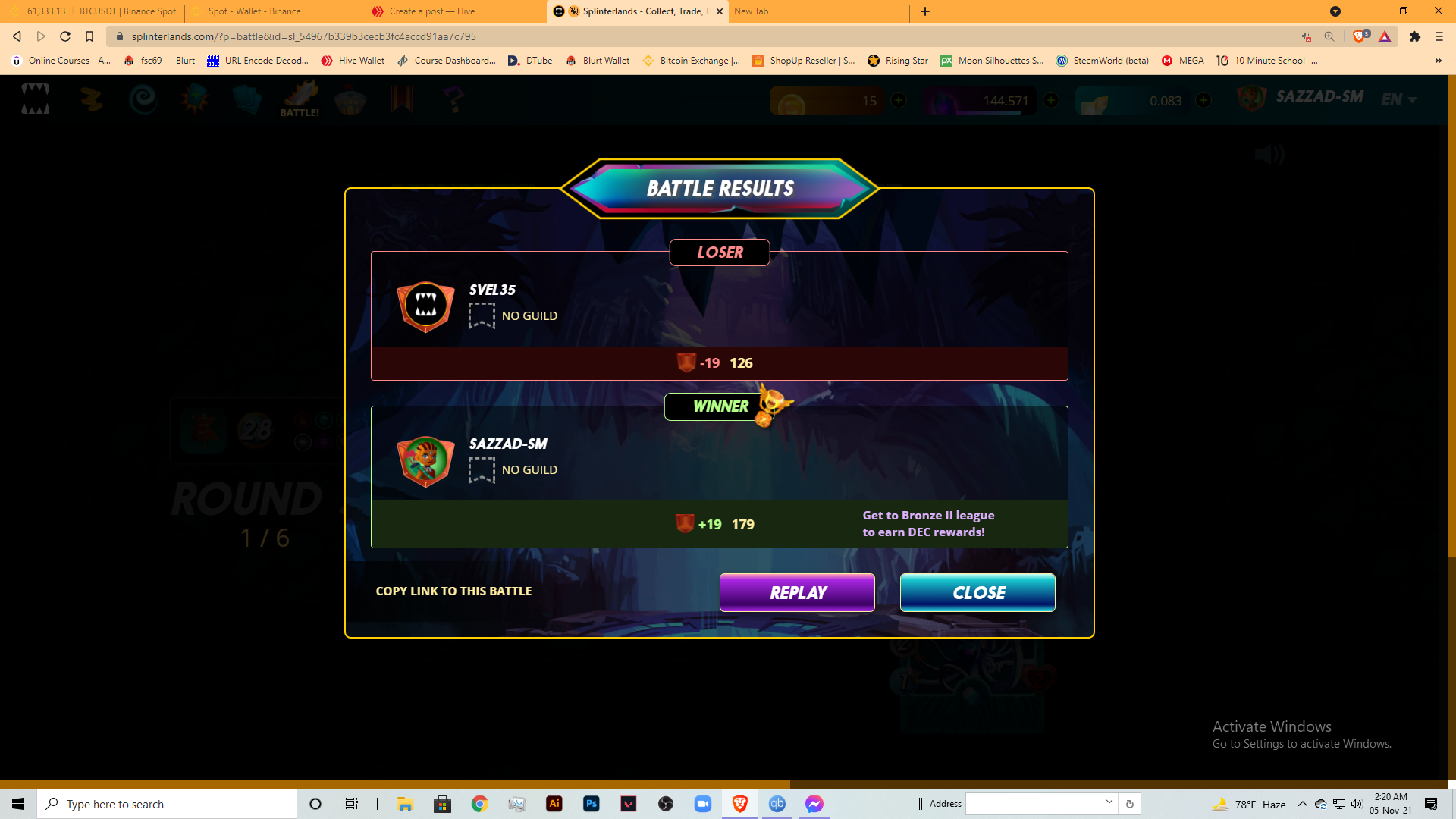 Congratulations @sazzad-sm! You have completed the following achievement on the Hive blockchain and have been rewarded with new badge(s) :