Till now I’ve posting from my main account. But there seemed to be some problems with that account and also for a long time I’ve been planning to use this account only to post my thoughts about splinterlands. And from now on I’ll be posting all my contest entry posts on this account and I’ll also be posting my thoughts about this game, its card marketplace, rewards, seasons, rankings, quests, packs, etc. I’m also planning on making some videos that might be helpful to the newbies. And about that old account which I was using till now, I’m not so sure about posting there anymore. But even if I post something there, it’ll be something non-splinterlands topic. I know that there’s none. But, if there was a chance that it was possible to change your username. I’d change mine and make it SAZZAD-SL. Also, normally I only discuss only one battle in my post. But, winning only one battle with the specific card cannot explain all possibilities. So, in this post, I’m trying something new. I’m going to discuss three random battles that I’ve played using the theme card of this week’s contest. The ELEVEN CUTTHROAT. I’m not sure if they’re going to cover up most of the possibilities. But, I’m hoping that it’ll be enough to understand this card’s performance. Also, I made a thumbnail as asked in the contest announcement post which is added below. Though it wasn’t a part of the must-to-do tasks. But I did because it also increases the beauty of my post. 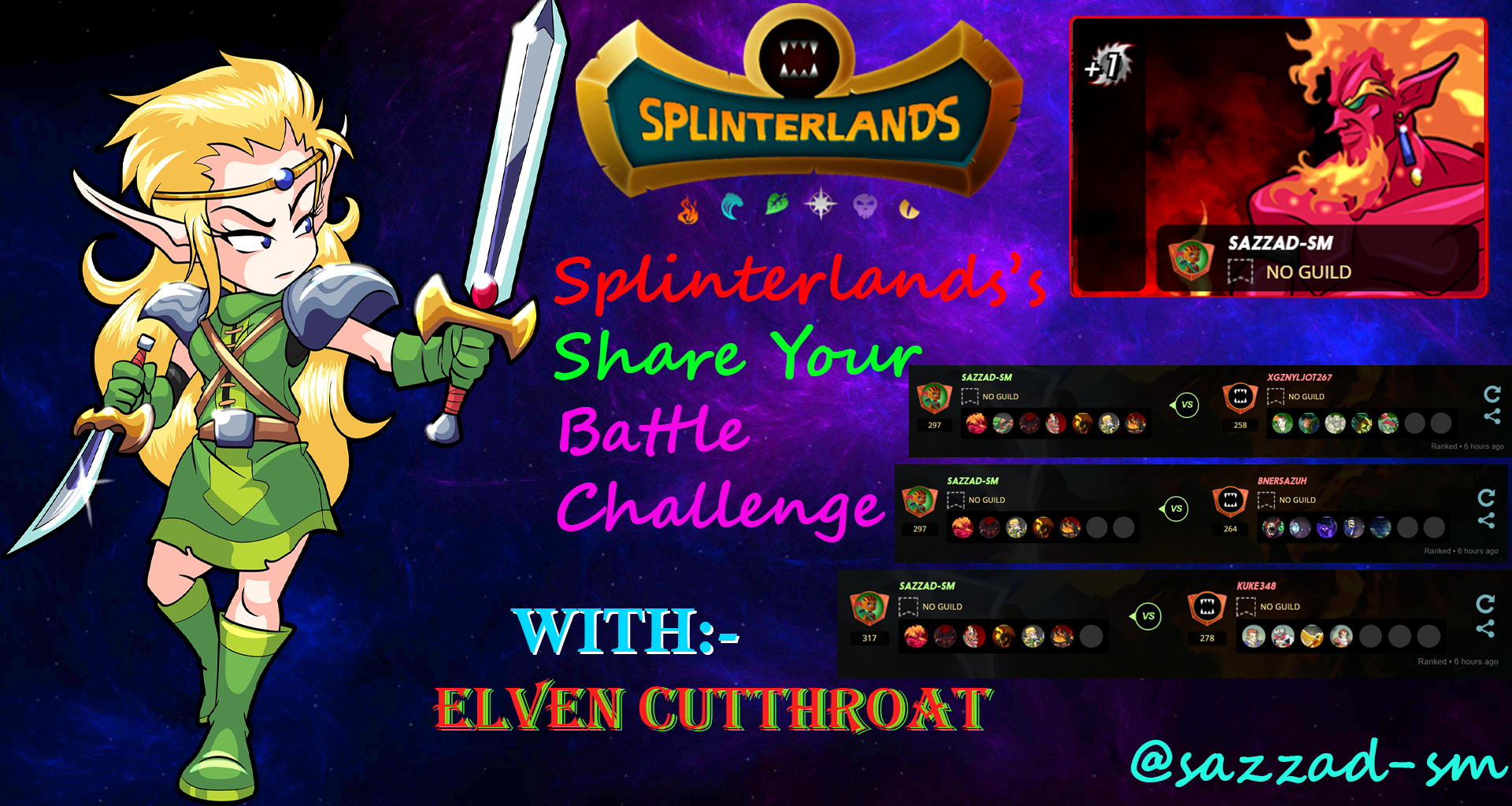 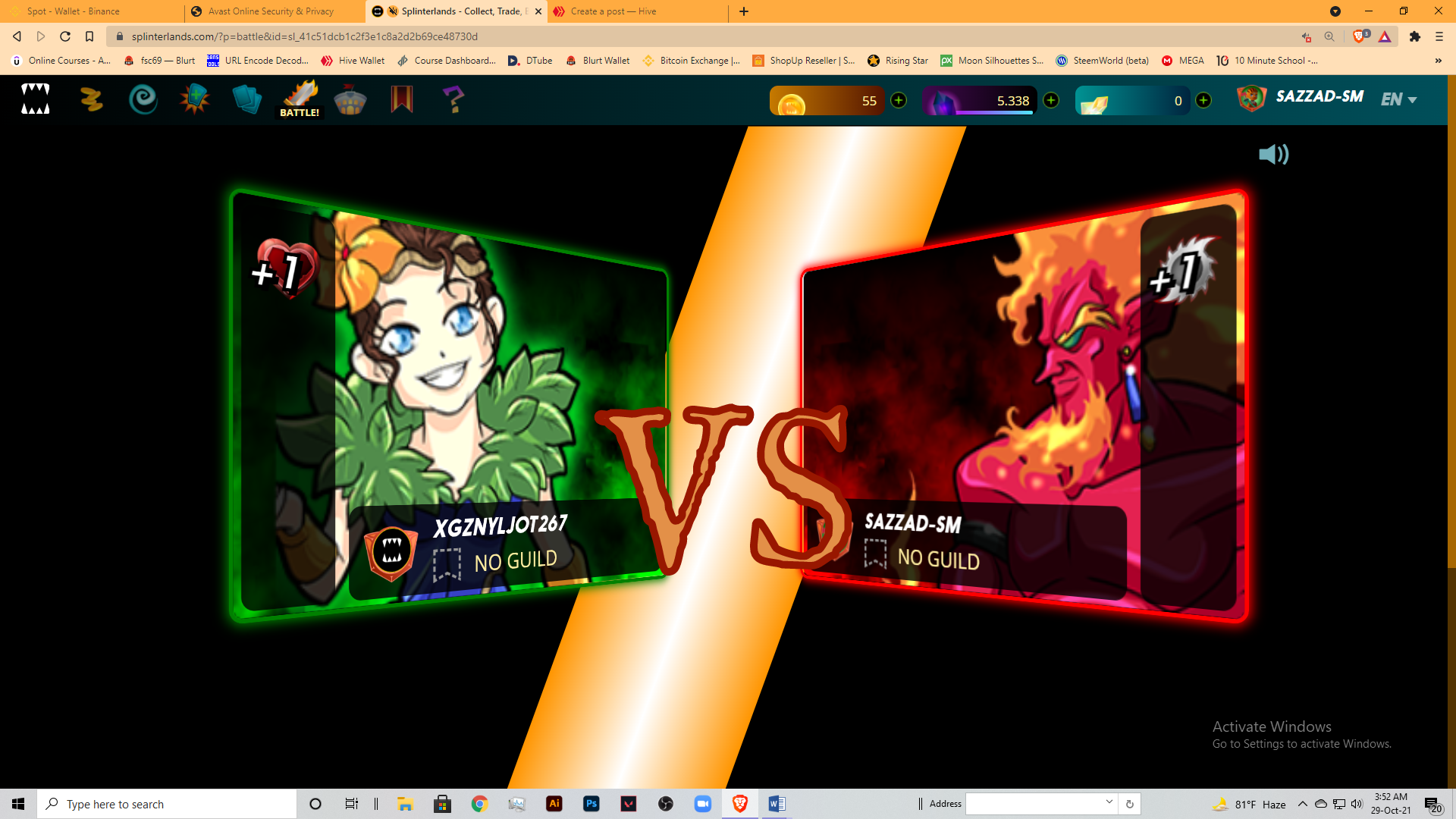 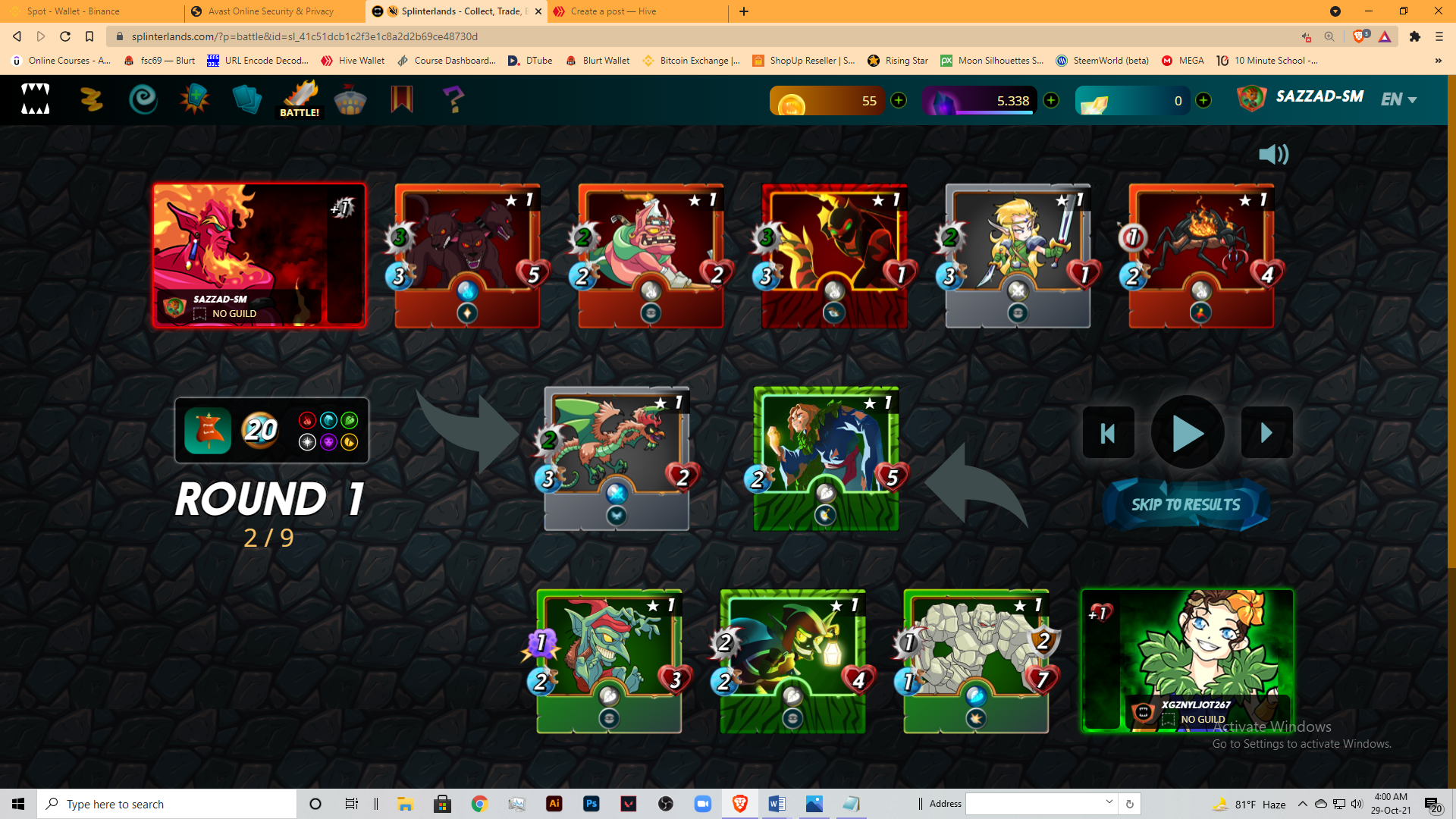 Now, You can clearly see on the screenshot which I’ve added that I used the Cocatricein the first position. I added this card because its flying ability helps it to dodge melee and ranged attacks also it has a good attacking speed which is helpful in battles. Also, the summoner increased its stacking ability, which was also a lot of help. That was the useful reason for using cocatrice. But, there’s another reason. I used it as a sacrificial pawn. I used it to take the hit first if there was any monster with more speed. If it can dodge it’s good and even if it can’t. It won’t be also much of a problem. Cause, either way, my Cerberus would’ve been safe from that hit. Then I used the Kobold Miner. I use this card almost in every battle played with a fire splinter. There are two reasons for it. One is its sneak ability and another one is it costs only 2 mana caps to use in battles. Then in the 4th position, I used an amazing card. The name of this monster is Serpentine Spy. It only costs 3 mana caps to use in battles, it has one of the most amazing abilities named opportunity which helps this card to attack only those monsters that have the lowest life first. Now, look at my lineup. My main attacking cards are Kobold Miner, Serpentine Spy, Cerberus, and the Elven Cutthroat. If the enemy had the Serpentine Spy card. It would’ve taken down my Serpentine Spy, Elven Cutthroat, and Kobold Miner in its first three attacks and I’d probably lose the match. Now I think You know how much use can this ability become in battles. And Then I used the Elven Cutthroat. It’s the same reason as Kobold Miner. But unlike the Kobold Miner, it costs three mana caps to use in battles, and also it has less life than the miner. But, still, I use and like this card than the Miner. It’s only because of its attacking speed. It’s actually helpful in battles. And then in the end I used the Fire Beetle. I used this monster cause it costs a little amount of mana cap to use it, it can work as a protection against the enemy monsters with sneak ability. But, the main reason was its snipe ability. My cards in the front will be taking care of the enemy monsters on the front side. Sneak attacking monsters will be killing monsters at the end of the line. But there are sometimes some magic cards positioned in the middle of the line that can really be a pain. And that’s why I used this Fire Beetle. Cause the snipe ability helps this monster to target enemy monsters with ranged and magic attacking ability.

In the end my lineup was successful and I won the battle. 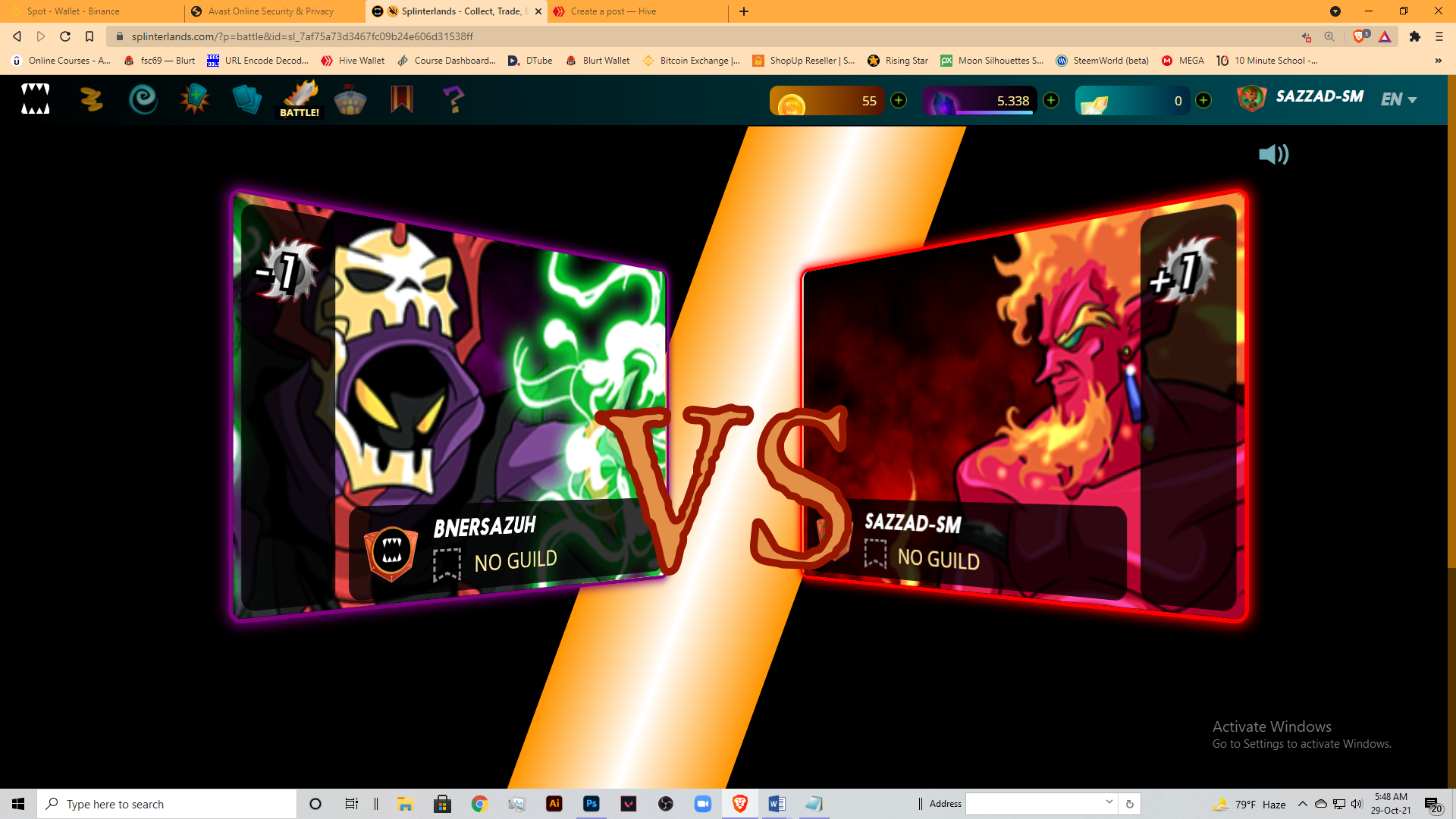 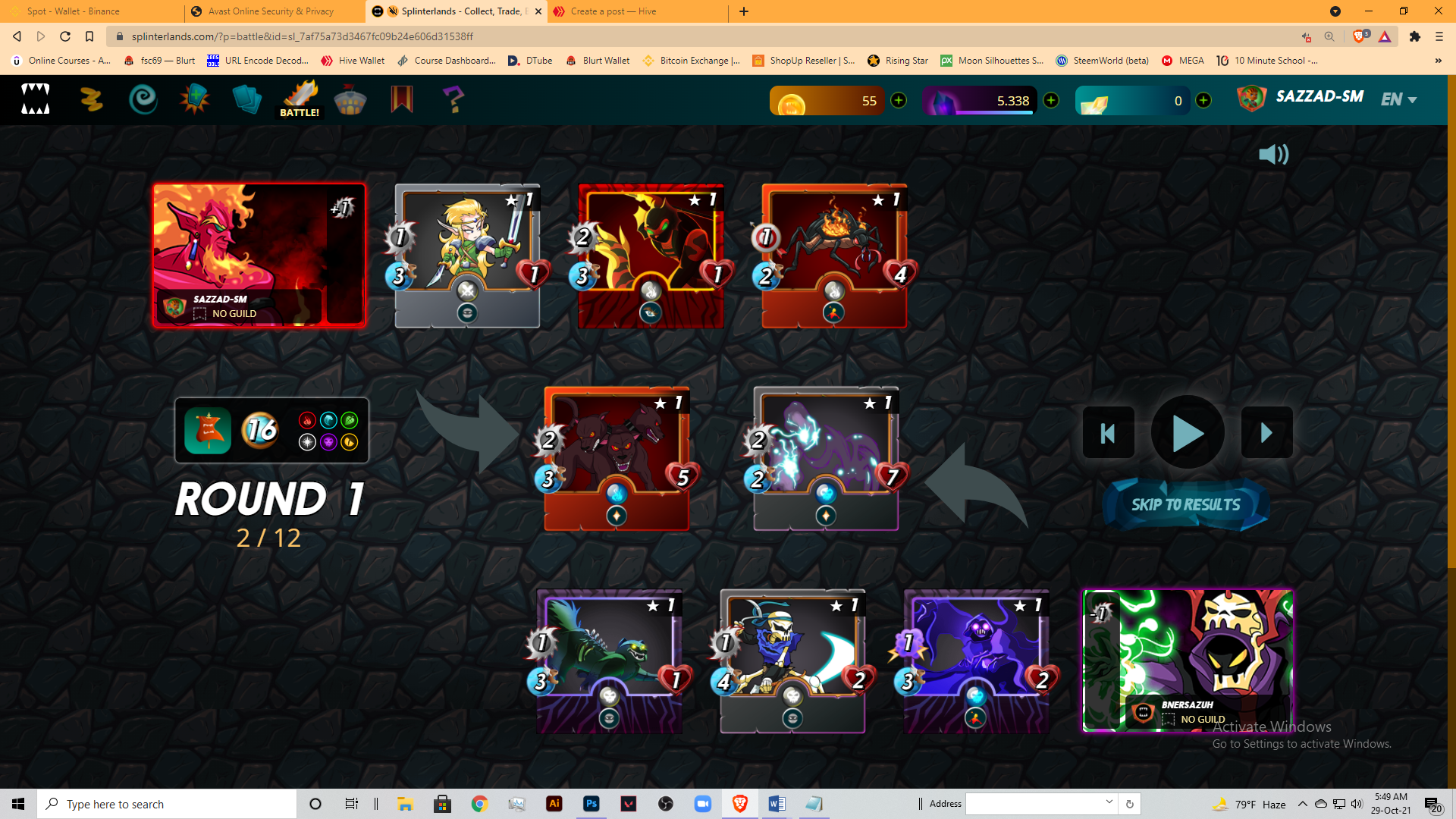 There’s nothing much to talk about this one’s lineup as I’ve told the same things in the first one. But please watch the match that may be helpful. 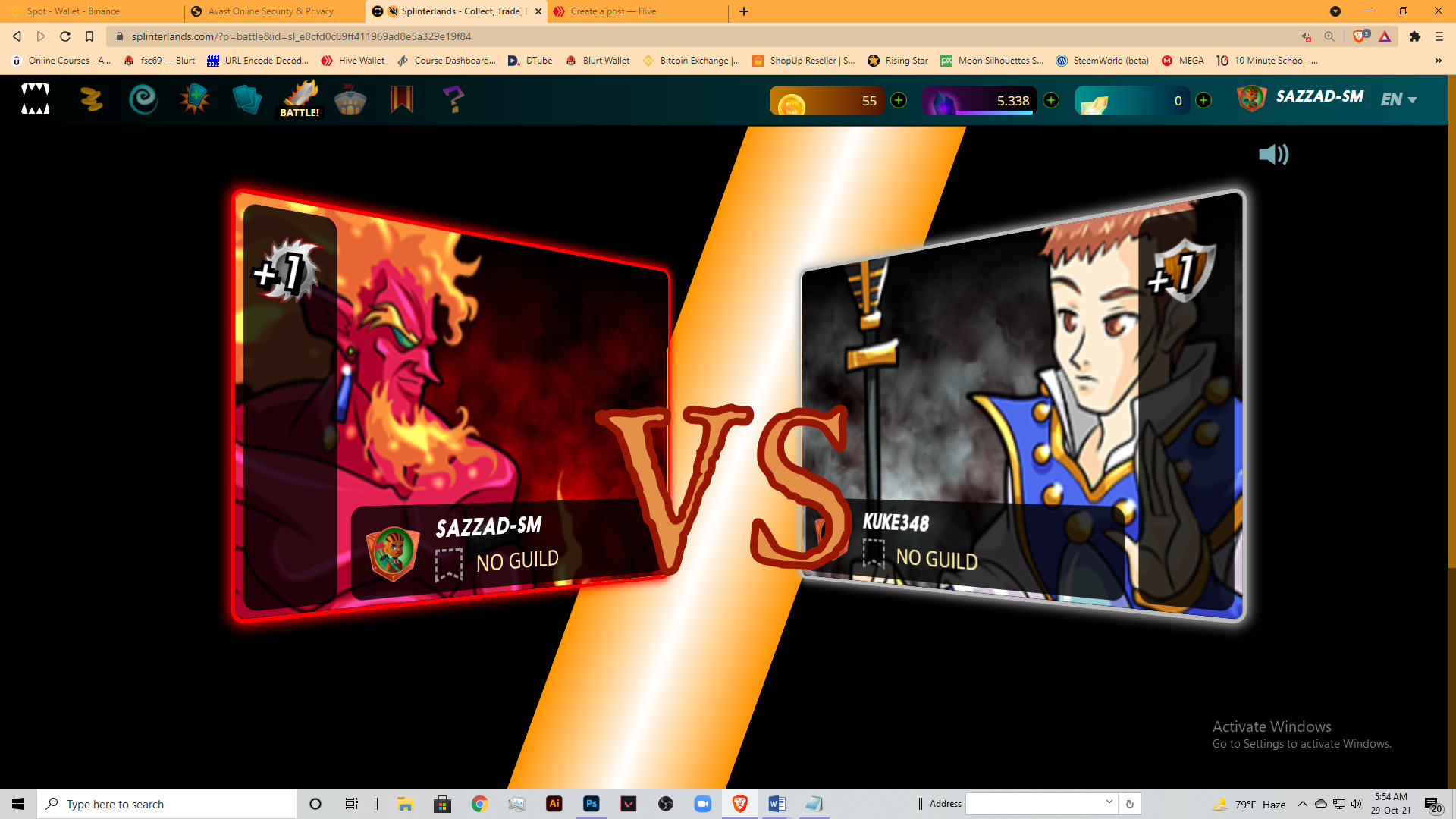 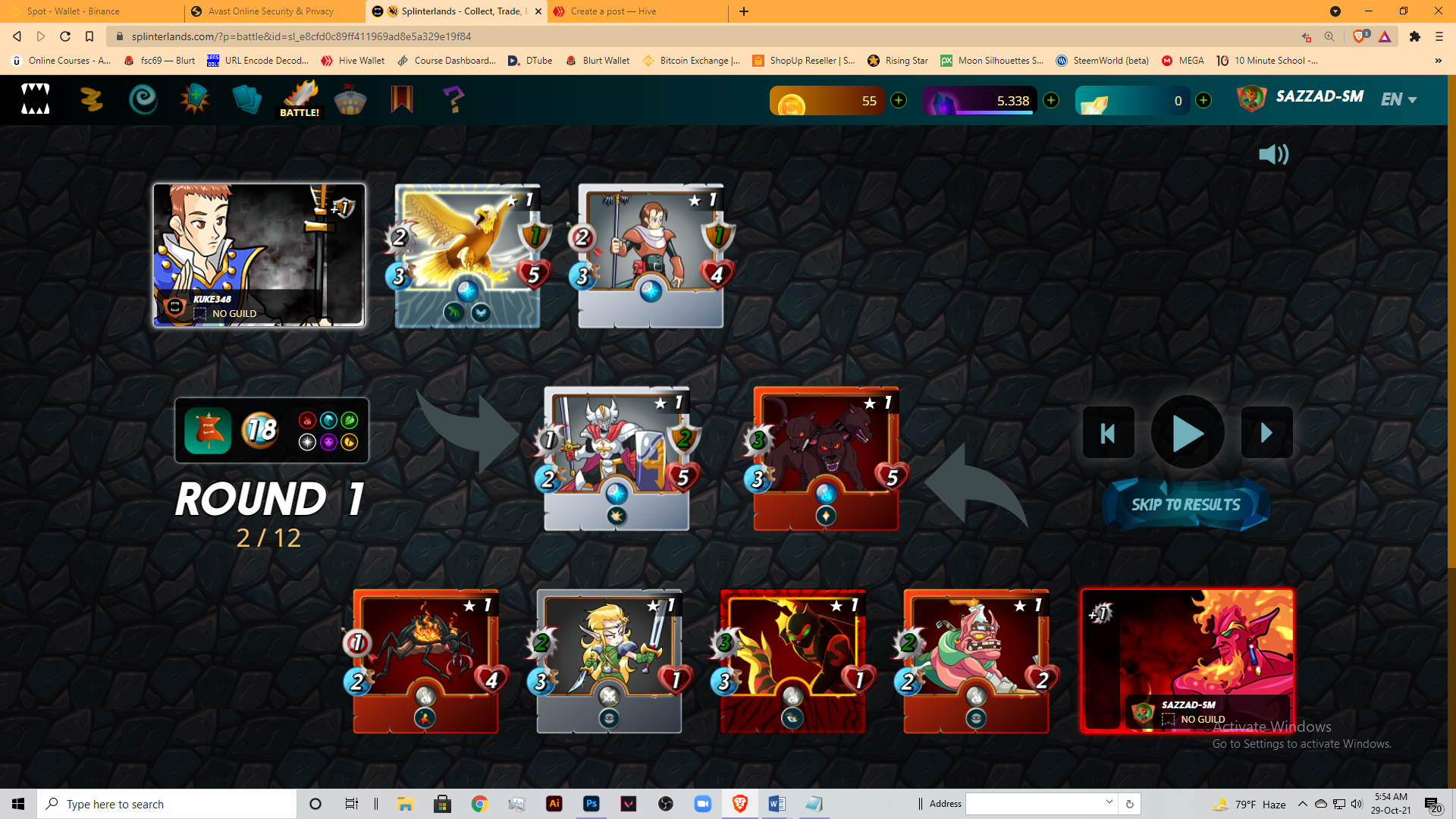 In all of these battles I used the same strategy. It was to use my monsters with snipe, sneak, and opportunity ability to destroy the opponent's lineup completely from the inside. And in all of those battles, I used the Cerberus in the first position because of its healing ability mainly.

Did I use this Elven Cutthroat often?

Yes I do. I use this card in most of my battles.

This was all about the battle, lineup, and strategy. Now let’s know about this card which is the main topic. The ELVEN CUTTHROAT. 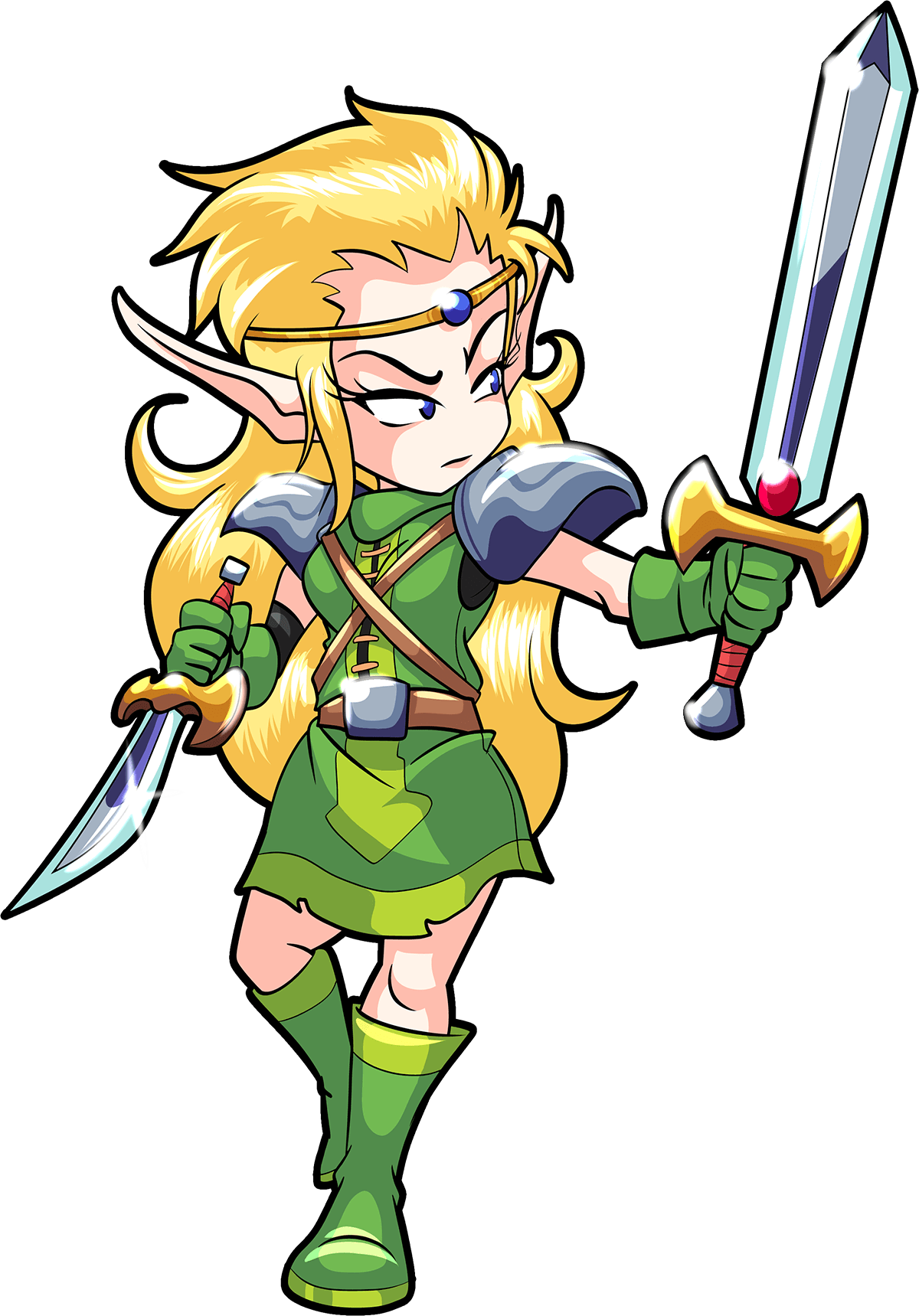 The Elven Cutthroat is a common neutral monster. It’s a beta card. The neutral monsters aren't bound to any fixed splinter. It can play under any summoner. It's a monster with melee attacking ability that is well known because of its sneak ability, less mana cost and it’s attacking speed. And when you level up this card of getting a gold version of it. The real fun begins then.** 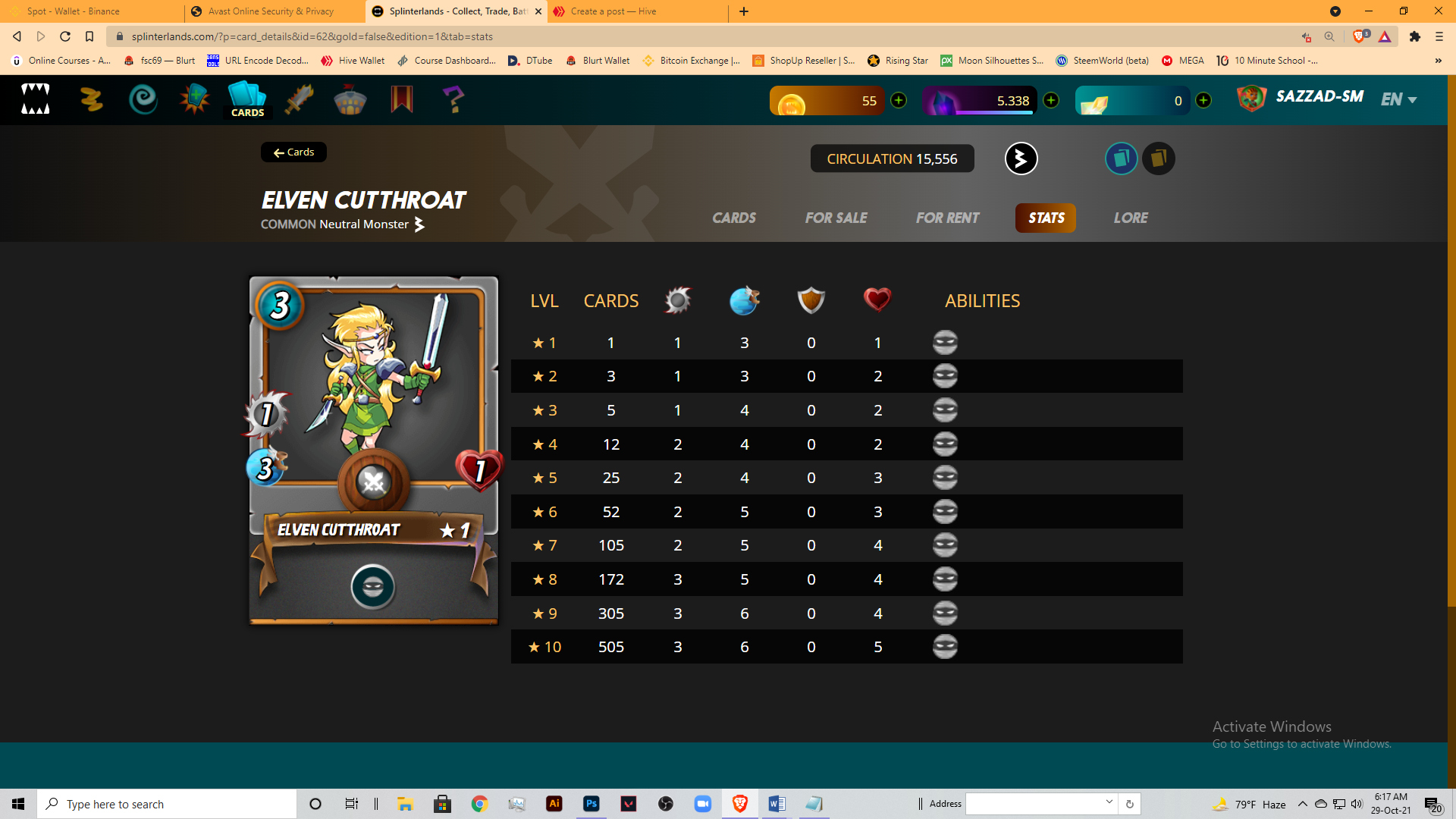 Elves can be found living in many of the forests of the Splinterlands. They live in the trees but come down often to collect resources from the forest floor. Though the elves are small and beautiful, they always have a seemingly endless supply of concealed knives, with which they are deadly accurate.

And my today's post is to join this week's contest of sharing your battle arranged by the @splinterlands team. To join this contest you'll need to create a post where you'll need to share a battle of yours which you should play by the rules that are given in the contest. You'll also need to answer some of the questions that @splinterlands asked in the announcement post of the contest. And this week's rule is you need to use a specific monster in your battle named The Elven Cutthroat. After creating your post and posting it on this blockchain, you'll need to share it on any social media and put both your post link and the link from the social media on the comment section of the announcement post of this week's contest. You'll need to follow up on these things to perfectly join this amazing contest. I'm also putting the link to this week's contest below in case you want to join it.

Something more to add:-
In the list of the monsters that I used in this battle, Elven Cutthroat and Serpentine Spy were my most favorite cards. There's a reason behind me using the word "was". I had most of the cards and summoners at the top level. It was then when splinterlands was known as steemmonsters. I had a gold card of this Elven Cutthroat. It had superfast attacking speed, more life capacity, increased melee attacking power. And with these two standing in the front and end of the line, my battles were most likely half won. But, I had some big crisis in my life and I was under so many money problems that I had to sell all my steem+sbd, crypto holdings even all the cards and summoners of splinterlands to get rid of these problems. I still haven't fully recovered from these problems and trying to build my game profile slowly. I hope someday I'll be able to make my account as strong as before.