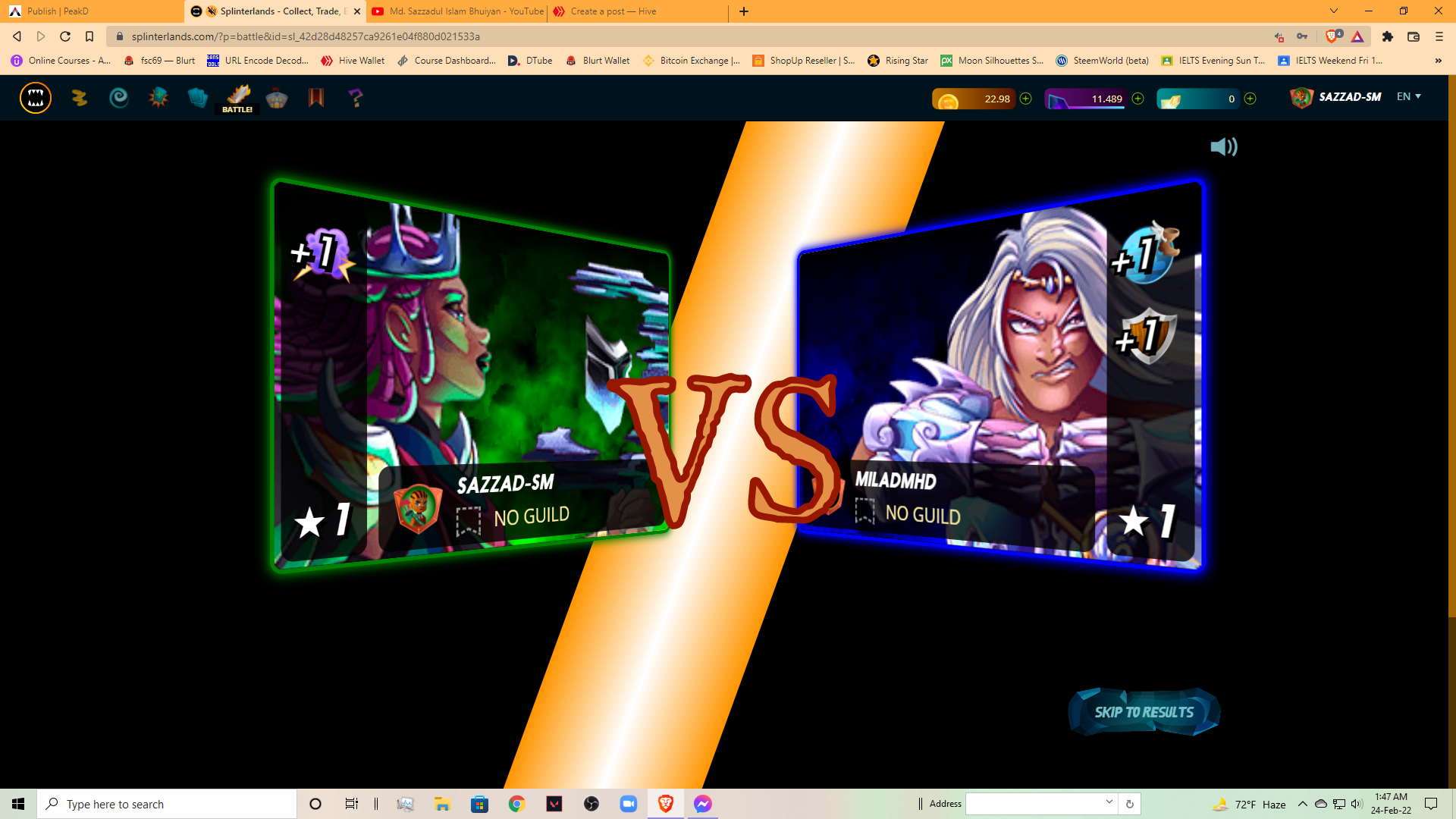 The summoner I used is named OBSIDIAN. It's a rare earth summoner of the new chaos legion edition. This summoner costs 4 mana caps to use in ballet and its special ability is that this summoner can increase the magic attacking ability of all friendly monsters. 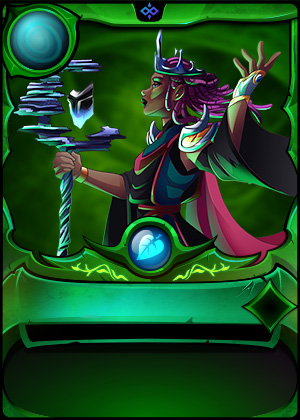 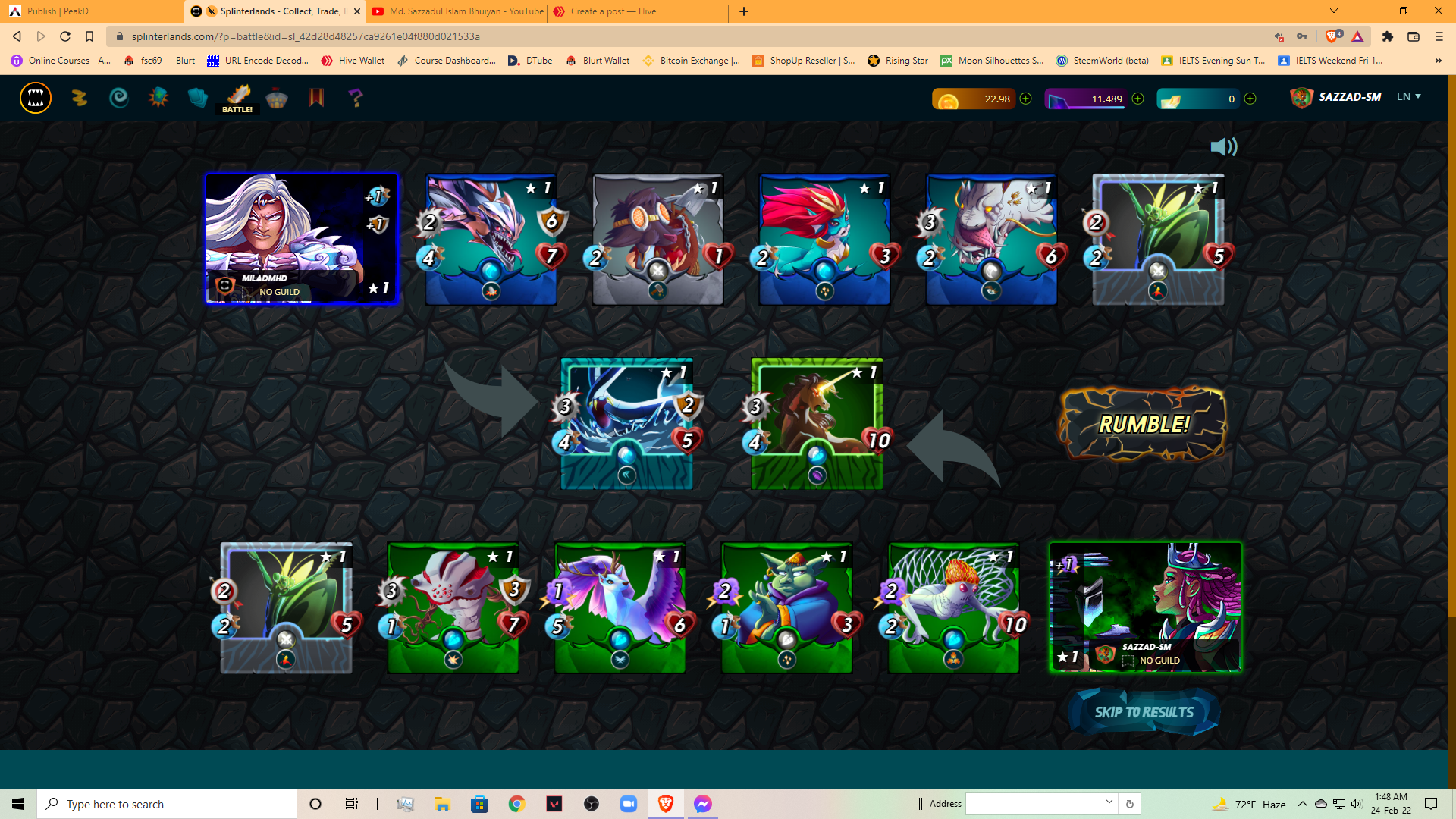 As you can see I used the UNICORN MUSTANG in the first position which is a rare untamed card that plays under the earth splinter This monster uses melee attacking ability to damage the enemy monsters. It has both strong attacking ability and attacking speed which makes it strong. But, I always try to use cards that have some sort of defending ability which would make it stronger and it will be able to hold the position longer than natural. Well, this monster also has a special ability like this. It's called the void ability. This special ability helps this monster to get half damage from any magic attacks of the enemy monsters. And that's how it can survive longer than expected. Though it wasn't needed in this battle as my opponent player hasn't used any magic attacking monsters. 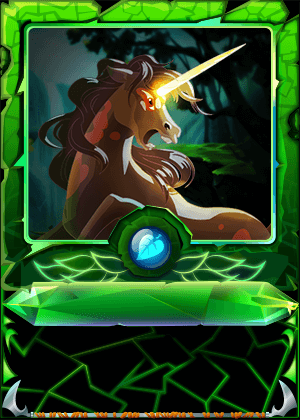 Then in the second position, I used the MYCELIC SLIPSPAWN which is a rare earth unit monster of the chaos legion edition. This monster is really amazing. It has an enormous amount of life and it attacks with the magic attacking ability. And with the help of my summoner, the power of this increases more. It has a special ability named taunt. Because of this ability, all enemy monsters target this monster first and with the help of its huge life capacity, this monster can take the beatings for quite some time. That gives my other monsters more time to survive and take down the monsters of the opponent. And it can also take the first position and hold it well. 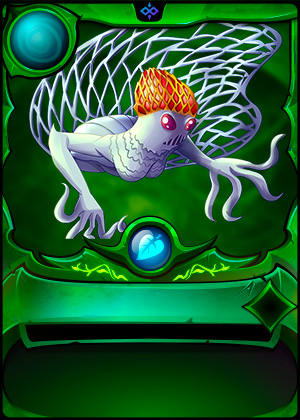 Then I used the GOBLIN PSYCHIC which is a common chaos legion card that plays under the earth splinter. This monster recently came to the game and has already become one of my favorite monsters. First of all, it has 2 magic attacking abilities which increase to 3 with the help of the summoner that I used. And secondly, it has a special ability named the tank heal ability. With this ability, this monster can heal the monster that is standing in the first position of the lineup. If you see my battle, you'll see that it was not only the void ability of my first monster that helped it to hold its position against the attacks of the enemy monsters. It was also the tank heal ability of the GOBLIN PSYCHIC that helped it to hold position and that was the biggest help in winning this battle. And the strong blows of this GOBLIN PSYCHIC also was a huge help in winning the battle. And because of these abilities I now use this monster in most of my battles played with the earth splinter. 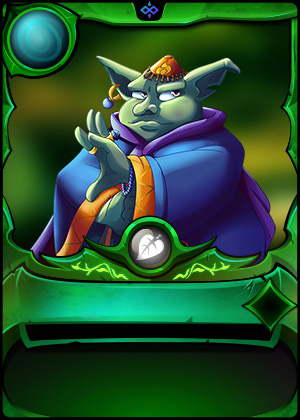 Then I used the REGAL PERYTON which is a rare chaos legion card that plays under the earth splinter. This monster uses the magic attacking ability to attack the enemy monsters. The main reasons I use this monster are, its super-fast attacking speed, which is really helpful to take an enemy monster down before that monster even gets the chance to attack. Then comes the flying ability of this monster. With the help of this ability, it can sometimes dodge melee and ranged attacks. Also, it has a good amount of life capacity that helps it stay alive for a more long time. 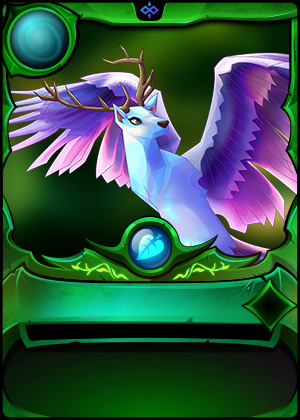 Then I used the MYCELIC INFANTRY which is a rare chaos legion monster that plays under the earth splinter. It's a melee attacking monster and it cannot attack from any other position than the first one. But I used it there as a backup for any situation like, my all monsters die and there are no strong monsters left to hold the line. This monster has good melee damaging ability, including life and shields. It also has a special ability named the shield ability that helps this monster to get half damage from melee and ranged attacks. Which helps it to stay alive for a long period of time. 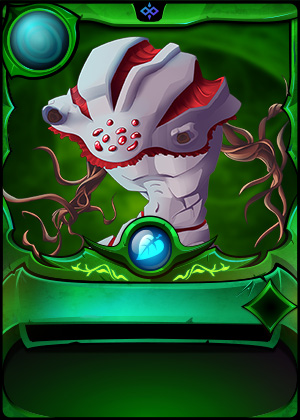 Then in the end I used the MANTOID. It's a common neutral monster which is an untamed card. As for being a neutral monster, this monster can play under any splinters/summoners. It's a monster that uses ranged attacking ability to damage its opponents. It has a special ability named the snipe ability. And this is why I used this monster in my lineup. With this snipe ability, the monster can take down the ranged and magic attacking monsters first. And as ranged attacking monsters cannot attack when they are in the first position, I always prefer to use them at the end of the line.

Some good performance of the GOBLIN PSYCHIC. 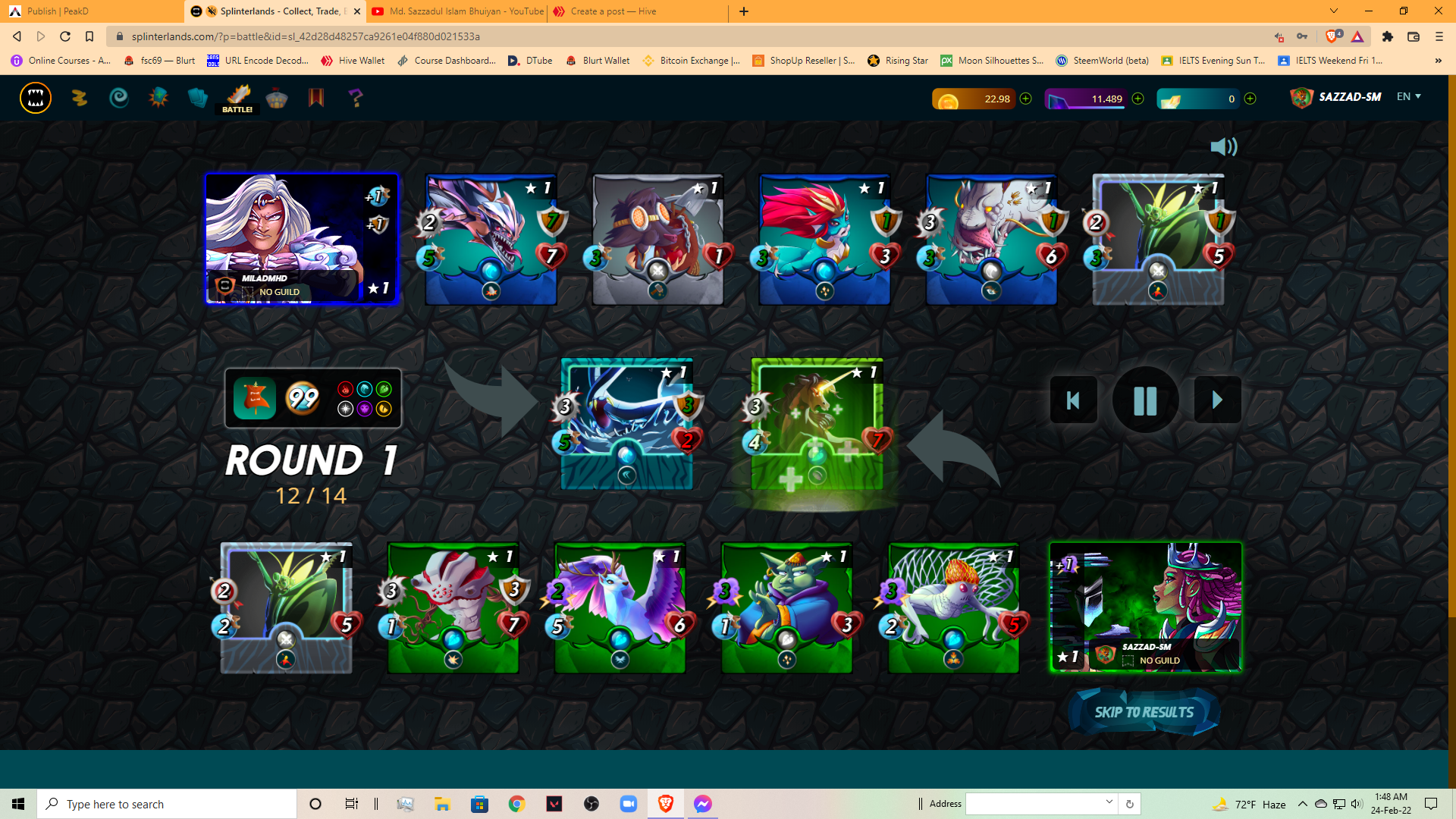 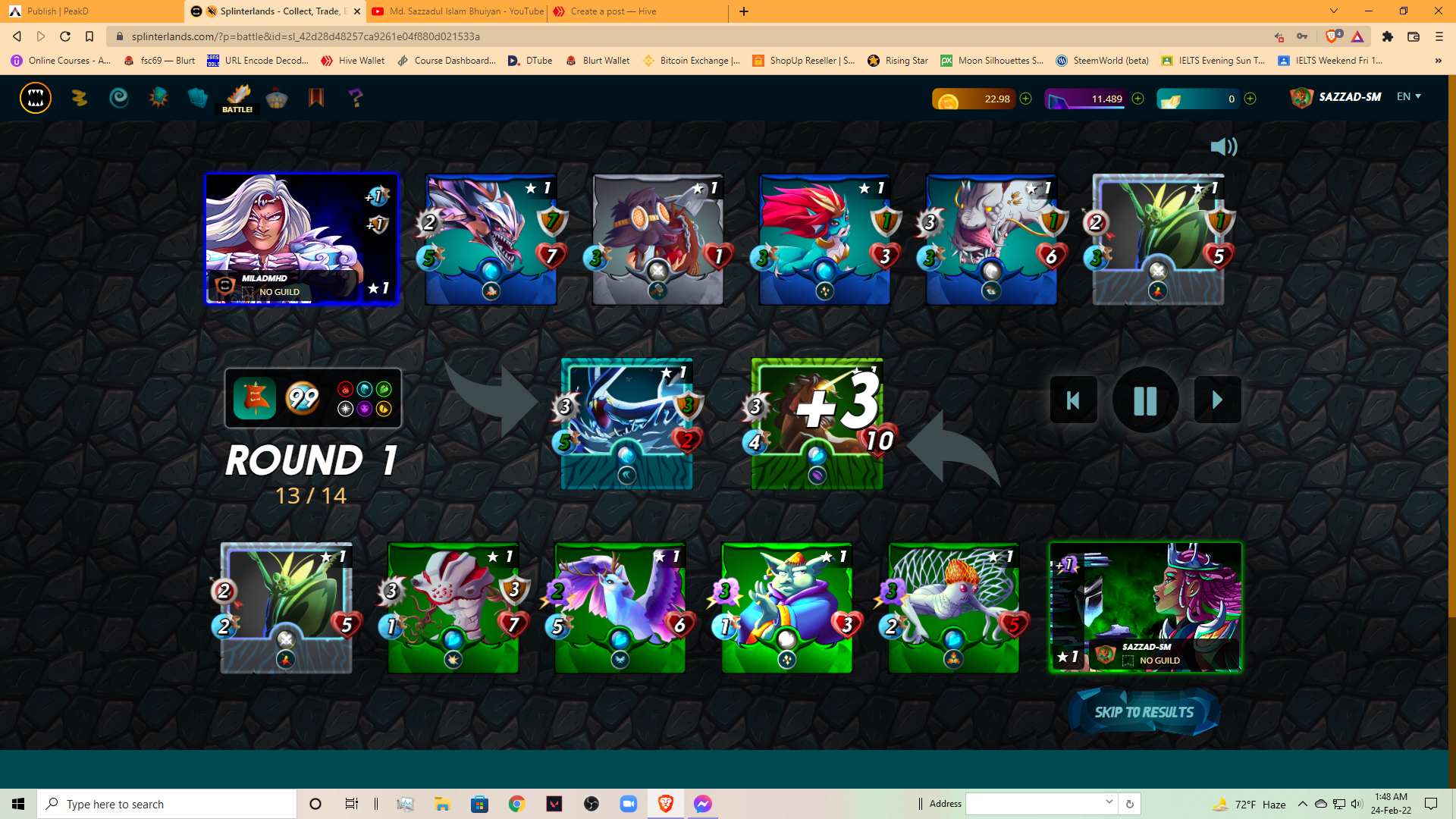 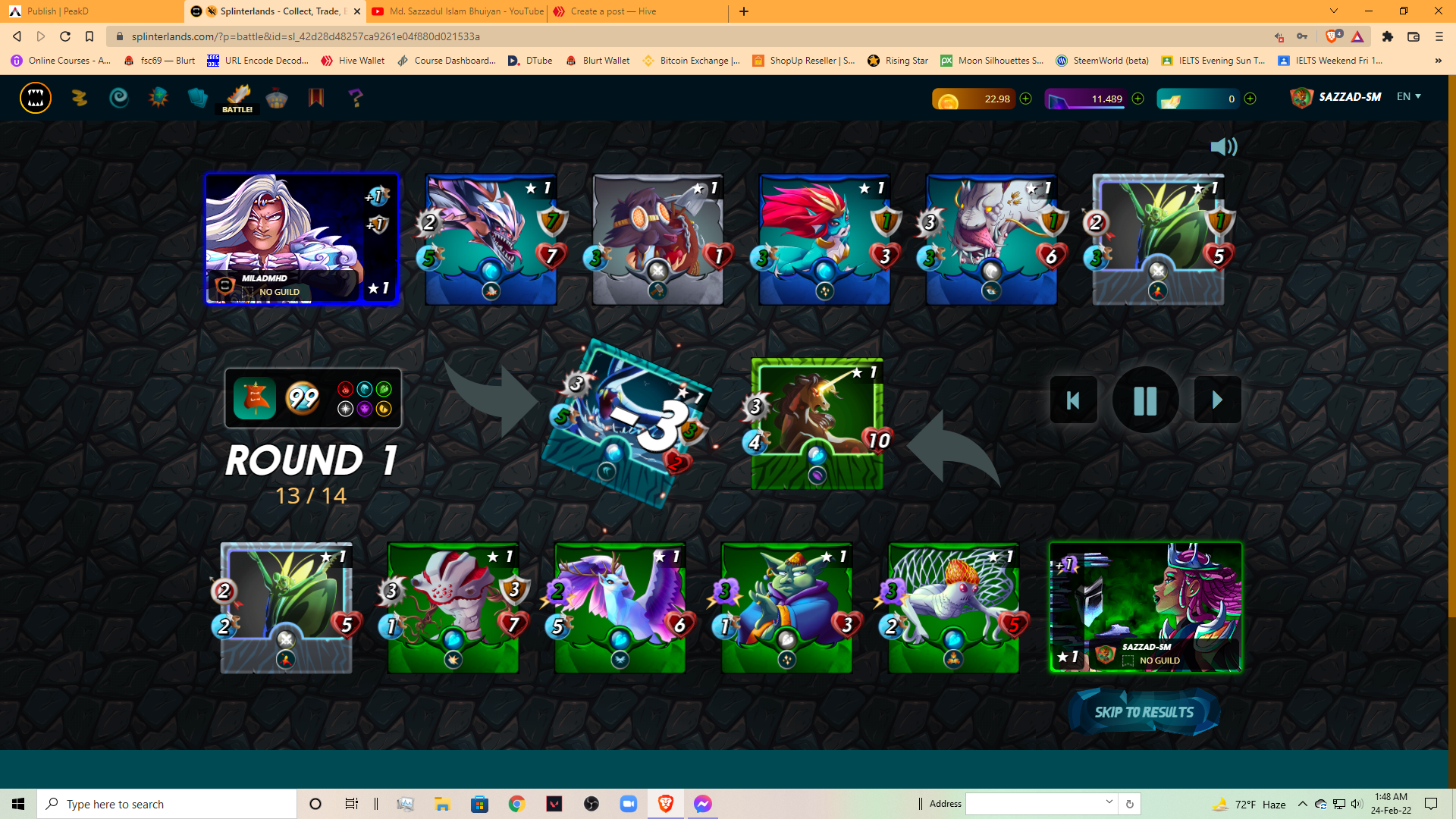 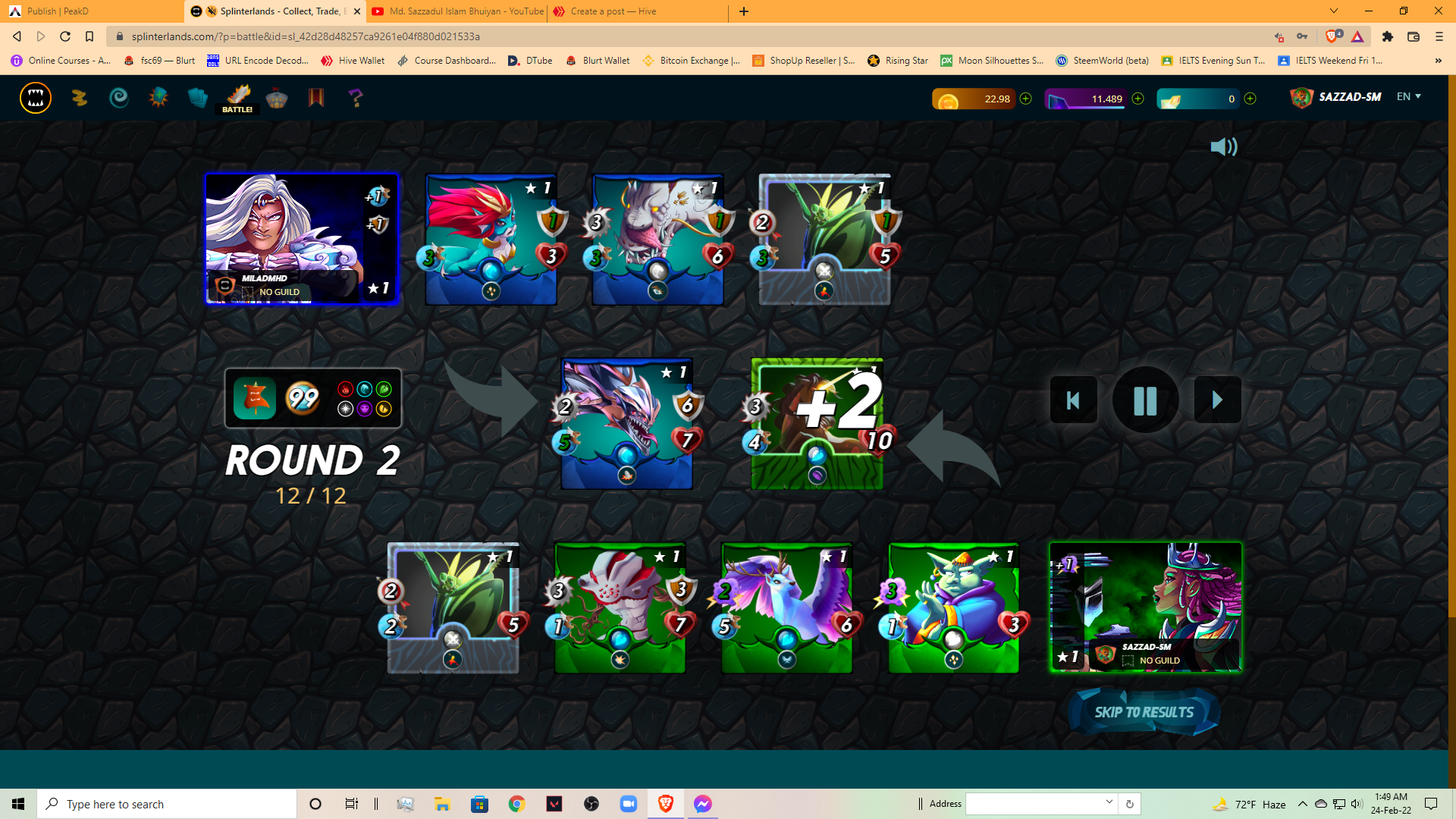 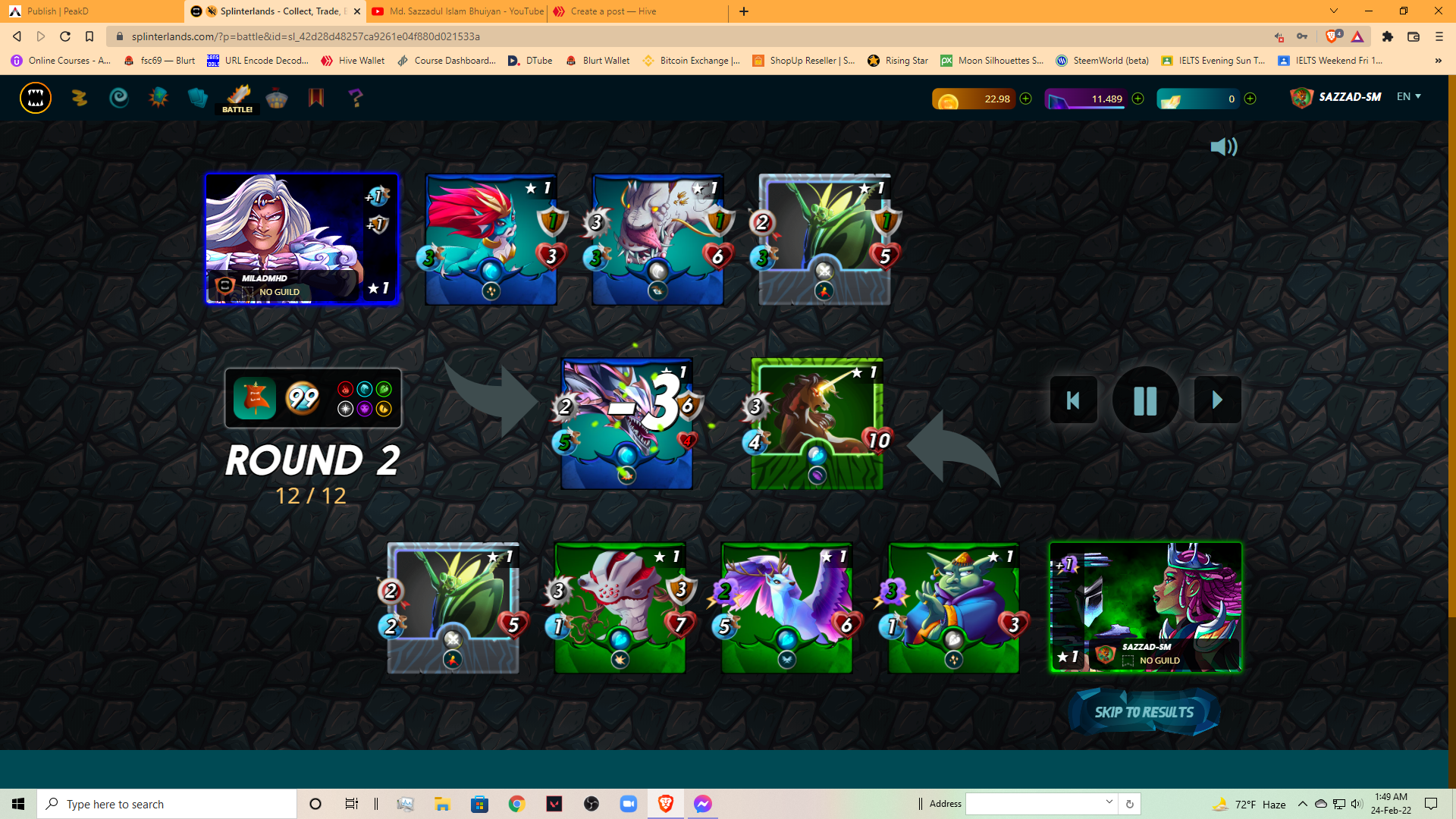 In this battle my strategy was to hold the attacks using the UNICORN MUSTANG and by the time my other magic attacking monsters will kill the opponent's monsters. My strategy worked and I won the battle. 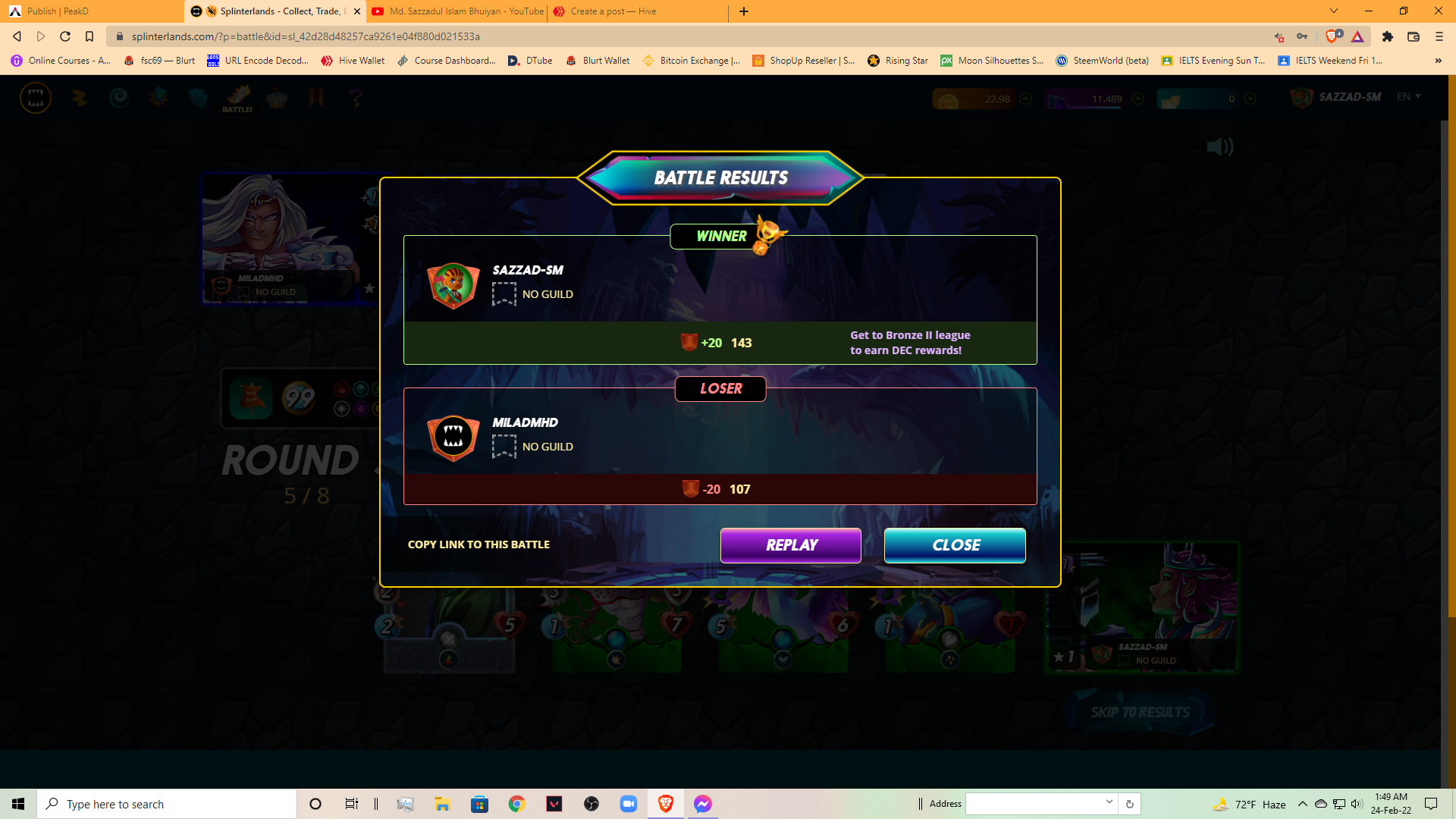 I really hope that you enjoyed reading my post and also enjoyed my battle. And as always it felt good to share my opinion about something with everyone. I'll be back among you all soon with another battle of mine to share it. So, stay tuned guys.
See you again in my next post. Till then stay happy, stay healthy. Take care. Also, stay at home and use a mask whenever you go outside. Because the second wave of covid-19 has started already and it's more dangerous than ever. Also, some of my relatives (my uncle, aunt, cousin) has been affected just a few days ago. So, we all should be careful about it. Good Bye.